Voule, a Togolese, was appointed by the UN to his position as special rapporteur in April 2018. Previously, he worked for the International Service for Human Rights as its advocacy director for Africa. In his UN role, an unpaid position, Voule has a mandate to “gather and share information about global, regional and local trends and issues relating to peaceful assembly and association” and “make recommendations on how to ensure the promotion and protection of these rights,” among other duties.

“Vague definitions of ‘riot’, ‘mob intimidation’, and ‘obstruction’ as set out in these laws provide excessive discretion to law enforcement authorities to intimidate and criminalize legitimate protest activities,” Voule said in his assessment of the new laws. “Any restrictions on this fundamental freedom must be narrowly and clearly defined.” When PassBlue asked for further clarification, Voule’s office did not respond.

His statement follows other criticism of human rights in the US from the UN Human Rights Council, based in Geneva. In November 2020, a Council review found numerous human-rights violations in the US, with the Council highlighting police brutality against minorities, the continued use of the death penalty and the detainment and separation of migrant children. The Trump administration withdrew from the Council in 2018, citing anti-Israel bias and other problems. The Biden administration, however, said that it wanted to return to the Council as a member, but it must be voted in for a term.

While Voule’s statement singled out Florida and Oklahoma, these states are not alone in their attempts to regulate and limit protest across the US. According to data cited by an American nonprofit group, the Armed Conflict Location and Event Data Project (Acled), at least 34 of 50 states have introduced bills during the 2021 legislative session aiming to “restrict demonstration activity or to expand legal protections for drivers who strike protesters with their vehicles.” Voule said that “at least 93 anti-protest bills have been introduced in 35 states since May 2020.”

After months of protests last year for racial justice in the US and across the world, stemming from George Floyd’s murder in Minneapolis on May 25, 2020, by Derek Chauvin, a police officer, many US states have been attempting to suppress future mass protests. Iowa and Oklahoma have approved legislation that grants immunity to drivers who strike and injure protesters with their autos. Proposed Republican legislation in Indiana would ban any citizen convicted of “unlawful assembly” from state employment, including holding an elected position.

These bills pushed by predominantly Republican politicians all have the stated intent to limit violent and criminal protests. As Chris Sprowls, a Republican who is speaker of the Florida House, said, “We were not going to allow Florida to become Portland,” referencing the clashes that occurred between protesters and police in the Oregon city last summer. However, a Harvard study published in October 2020 found that more than 96 percent of Black Lives Matter (BLM) protests happened without any property damage or injury to police, and more than 97 percent of protests took place without injury to any bystanders, protesters or police.

Sam Jones, a spokesperson for Acled, told PassBlue that although advocates for these new laws contend that “‘race riots’ are on the rise,” pro-BLM protests continue to remain overwhelmingly peaceful. According to Jones, “95 percent of all pro-BLM demonstrations so far in 2021 have been peaceful.”

Further compounding matters is the fact that police have responded with force far more often against BLM protests than compared with other nonviolent demonstrations. Data from Acled shows that “when intervening, authorities have used force 37 percent of the time against peaceful pro-BLM protesters, compared to under 20 percent of the time against other peaceful protesters around the country.”

Yet Voule’s statement may go unnoticed by state legislators in the US, although another somewhat-related report, by the UN High Commissioner for Human Rights Michelle Bachelet, released in June, reviewed systemic racism, violations of international human rights law against Africans and people of African descent by law enforcement agencies, especially incidents such as the one that led to the murder of Floyd. The report was requested by the Human Rights Council last year, and it is meant to present an agenda toward “transformative change for racial justice and equality.”

Daniel Serwer, a professor of conflict management at Johns Hopkins School of Advanced International Studies, said that Voule’s statement is largely correct, but he noted that UN “experts’ views will not have much impact inside the US.”

Jones struck a similar tone, noting that while “it is unlikely” that Voule’s stance will produce much effect in the US, “it sends an important message from the international community that can help cut through America’s hyper-partisan political discourse.” Jones noted that when these laws are viewed through an international legal perspective, it is easier to “identify how these bills may unfairly impinge on the right to free assembly, and thereby likely contravene human rights law as well as the United States Constitution.”

Despite Democrats flipping both the White House and the Senate in the 2020 election and remaining dominant in the House of Representatives, Republicans made more gains at the state level than Democrats. Nationwide, Republicans now hold 21 “trifectas,” or control of both chambers of the statehouse and the governorship, while Democrats only maintain 16. This could mean that in the 21 states, Republicans that aim to pass more laws focusing on protesters would face minor opposition at the state level.

These laws are likely to have an impact on how Americans protest, a right that is provided for by the First Amendment of the US Constitution. “Seeking to change the viewpoints of others, including government officials, is essential to the act of protesting and the right to peaceful assembly,” Voule said.

Jones added that in light of the underlying data regarding these laws, “these trends suggest that the main objective of the new legislative push is not to fight violent rioting or even to restrict demonstration activity at large, but rather to specifically curtail racial justice mobilization and to enable a more forceful crackdown on future BLM activism.”

Dr. Serwer added that these laws’ constitutionality will be decided in state and federal courts, saying, “A great deal of harm may be done before those decisions are made, but that is how our system works.” 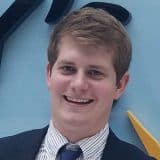