Feminist Wanted: Seeking the Next Leader of UN Women

UN Women is looking for a new executive director. Phumzile Mlambo-Ngcuka, a former vice president of South Africa, is stepping down after eight years at the helm. The appointment comes as the Generation Equality Forum in Paris just ended, with historically high financial pledges by some governments. But it comes at a moment of peril for gender equality around the world.

The Covid-19 pandemic has triggered major setbacks in women’s rights — unemployment, curbed reproductive rights, increases in gender-based violence and unpaid care. At the same time, feminism and policies to promote gender equality are under attack by right-wing populists and religious fundamentalists. The next UN Women leader’s charisma, abilities, courage and credibility among both feminists and government circles will determine the fate of the UN’s gender equality agenda for at least the next four years.

As an under secretary-general, the UN Women director has access to policy levers to change not just women’s lives but also the course of history. Yet it is hardly certain that a leader with a progressive vision will be chosen.

UN Secretary-General António Guterres has the final say in selecting the right person for this daunting job, but as with any high-level UN appointment, the process is a balance between horse-trading among member states and candidates’ record of success in advancing the agency’s mandate — in this case, the rights of women and girls. What tips the scale in a candidate’s favor is often a mystery to outsiders. Like most UN selection processes for top jobs, it is secretive.

A job advertisement has been released, and the deadline of June 28 has been extended, which suggests more applications are wanted. Although the list of applicants is not public, so far, the current UN Women deputy heads, Asa Regner of Sweden and Anita Bhatia of India, are believed to have applied. Other candidates who are rumored to have submitted their names are Radhika Coomaraswamy of Sri Lanka, Kang Kyung-wha of South Korea and Mereseini Rakuita Vuniwaqa of Fiji. From the Arab region, Zineb Touimi-Benjelloun of Morocco and Sima Sami Bahous of Jordan are also apparently applicants. The UN is strongly encouraging young people to apply. Of the known list, Vuniwaqa, 47, is the only one under 50 years old.

All the applicants have impressive leadership experience in the UN, their governments or both.

The qualifications that matter to feminist civil society organizations — experience and courage in pushing for women’s rights — may not matter to governments. Feminist leaders around the world who we interviewed for this essay have been demanding more transparency and a role for civil society in the selection process. They say that the conventional factors for success — national endorsement and the financial support that a candidate’s country can provide to UN Women — could eliminate best-qualified individuals. So, too, could the practice of  geographic rotation. Mlambo-Ngcuka is from Africa, and the first executive director, former Chilean President Michelle Bachelet, was from Latin America, so it is assumed that the Asia-Pacific or Middle East region should have the next “turn” to head UN Women.

Although Europe could also have a chance, the prevailing sense that sustaining the G-77’s engagement (a coalition of 134 developing countries plus China) requires avoiding an association of women’s rights with Western feminism.

While UN Women’s executive board has no formal role in deciding who gets the post, it is unlikely that Guterres will propose a candidate who is unacceptable to its members. Such board members as China, India, Japan and South Korea will each have much say should the selection come down to someone from the Asia-Pacific region. India takes pride in the founding role it played in the 2010 creation of UN Women, building the G-77’s sense of ownership of the entity. But having already contributed two deputy heads to UN Women, India may be perceived as overreach. Japan’s denial of its responsibility for crimes of sexual violence in the region during World War II will likely affect its perspective on both Kang and Coomaraswamy.

Kang, when she was recently foreign minister of her country, is associated with a demand for justice for the so-called “comfort women.” In the 1990s, when Coomaraswamy was the UN’s first special rapporteur on violence against women, she also took up the matter.

Morocco and Jordan, who are also part of the Asia-Pacific bloc and have each nominated a candidate, are surely keen to have an Arab country represented in the under secretary-general post. (They would also most likely be backed by Saudi Arabia and Lebanon.) The Arab region is almost as under-represented as Eastern Europe in UN leadership.

For some activists, the unofficial requirement of national endorsement means the candidate will not be a feminist. In a recent Zoom interview, a Lebanese feminist, Lina Abu-Habib, said of the Mideast-North Africa region: “. . . you cannot trust nominations by most regimes. To allow an anti-feminist, patriarchal candidate to go forward casts a shadow over the whole process. . . . To me, it no longer matters which region the person is coming from. I only care about where they stand on key feminist principles.”

The creation of UN Women (shorthand for UN Entity for Gender Equality and Women’s Empowerment) fused four smaller gender-equality organizations, representing a huge budgetary and status upgrade for the promotion of gender equality in the UN system. Feminist organizations that were instrumental in establishing UN Women are naturally insisting on a role in the current selection process, pointing out that governments have been unreliable sponsors of gender equality. Women’s demands for equality profoundly disrupt male privilege and social conventions in every country on earth, which means that women’s rights activists and UN Women often find themselves defending unpopular positions.

In this regard, the UN has increasingly become a locus of polarization on gender issues, with conservative regimes collaborating to stall or reverse progress on women’s rights, even giving access to conservative nongovernmental organizations in UN debates that have “the potential to alter not only the global course of women’s rights but also how politics is done within the UN,” say the Berlin-based scholars Jelena Cupac and Irem Tuncer Ebeturk.

Since it is Guterres who will manage the tensions between what feminist camps want and what national bargaining could produce in appointing the UN Women leader, the questions from feminist activists are this: How can we know that the person he picks can be trusted by the women across the world? What are the real criteria for selection? The word “feminist” does not appear once in the job advertisement, which focuses on management experience and skills, although it does call for “the ability to be a powerful and convincing advocate on all aspects of gender equality and women’s economic empowerment.”

Some civil society groups recently issued “An Affirmation of Feminist Principles” to clarify what feminist leadership means. Among other things, they call for recognition of sex workers and LGBTQI rights, abortion and adolescent sexuality education, all areas of extreme sensitivity for some member states and even among feminists. (Some have issued a “clarification” to the “affirmation.”)

An April 2021 letter to Guterres from 1,000 women’s rights organizations and individuals requested that the process be based on principles of transparency, inclusion and accountability. Additionally, a group of feminist organizations that include the Center for Women’s Global Leadership, at Rutgers University, are calling for the inclusion of at least two civil society representatives on the selection panel. This request is not unpredecented: some UN specialized entities, such as Unaids, include board members and nongovernmental organization representatives in top leadership searches.

In this crucial moment in deciding the direction of the UN’s gender equality work, “the director of UN Women needs to be in partnership with feminist movements and networks,” the Bangladeshi feminist Sanam Amin said in an email to us.

She added: “The role cannot be played as some kind of arbitrator trying to balance between the anti-women, anti-choice, anti-gender and anti-rights groups and those who support women’s fundamental human rights and the larger human rights agenda. There are frameworks for implementation that [UN Women] is supposed to oversee. . . . None of these have any room to entertain brokering with states and institutions that are against women’s bodily autonomy, gender-responsive systems, and the women’s rights agenda as a whole.”

Many activists recognize that Guterres, in declaring himself to be a feminist, has elevated the visibility of gender equality. His judgment regarding the next UN Women leader will test his convictions. The horse-trading, informal vetoes and funding offers could rule out many strong candidates, but this is where Guterres’s diplomatic skills matter. A voice for civil society and public interviews of the candidates could help expose these dynamics and enable the best candidate to stand out.

As the Lebanese feminist Abu-Habib said, “Now is the right moment to turn the needle and do the right thing.” 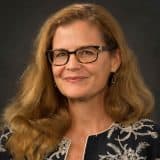 Anne Marie Goetz is a clinical professor at New York University’s Center for Global Affairs and was previously director of the peace and security section of UN Women. She is the author of seven books on gender, politics and policy in developing countries. 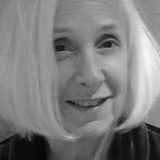 Senior Associate at Gender at Work

Joanne Sandler is a senior associate of Gender at Work (www.genderatwork.com); the former deputy executive director of Unifem (2001 to 2010); and served on the transition team for UN Women. She is co-chair of the board of directors of JASS (Just Associates).

1 thought on “Feminist Wanted: Seeking the Next Leader of UN Women”