Thinking Outside the Box: How UN Sanctions Can Be Used to Bring More Women Into Peace Talks

Since 2008, the United Nations Security Council has been integrating part of the women, peace and security agenda into its sanctions regimes — albeit inconsistently and with mixed results. So far, this practice has mostly focused on protecting women and girls against sexual and gender-based violence in conflicts with a twofold approach.

In six of its current 14 sanctions regimes, the Council has started to explicitly list sexual and gender-based violence, or SGBV, as a designation criterion. Moreover, the Council has explicitly referred to the possible use of targeted measures against perpetrators of sexual violence in all of its women, peace and security resolutions. As of now, 14 individuals across the UN sanctions regimes have been listed for their involvement with sexual violence in conflict.

The steps by the Council to use its sanctions regimes more often to help enforce the prevention of conflict-related sexual violence and protect women and girls in such contexts is to be celebrated.

But what about the participation “pillar” of the women, peace and security agenda? Could sanctions be used to actually bring women to peace tables? And how should they be used?

Some members of the Council who follow a strict understanding of its mandate to maintain peace and security are actually reluctant to even use sanctions to tackle sexual and gender-based violence. Other voices, however, are increasingly arguing that by primarily using sanctions under the so-called protection pillar and by casting women as victims (and survivors) of such violence and in conflict generally, the Council is missing an opportunity to use targeted measures to strengthen chances for sustaining peace.

Second, on Feb. 25, 2021, the Council listed an individual under the Yemen sanctions regimes for his “prominent role in a policy of intimidation and use of systematic arrest, detention, torture, sexual violence and rape against politically active women.” This action is significant for two reasons: listings by the Council through a resolution rather than through the relevant sanctions committees are rare; and it is the first time that a listing is issued because the women who were targeted were political activists.

Encouraging women’s participation in political and peace processes should go hand in hand with taking actions to protect them in these endeavors. There is no point encouraging women’s participation if they do not feel safe entering or staying in peace and political processes. The Council should therefore increase its use of sanctions to deter parties who use violence and intimidation against women leaders, peace-builders and political actors.

Clearly, sanctions are not the magic solution to all policy problems. They are not a neutral tool, and their use can backfire, producing unintended consequences. Accordingly, there are limits to how sanctions can be used to bring more women to the peace table. That said, sustainable peace cannot be achieved if half the population affected by conflict is kept out of negotiations. The Council itself emphasizes that conflict prevention, conflict resolution and peace-building cannot last without the full, equal and meaningful participation of women at all levels of decision-making.

The Council also repeatedly calls on member states and international and regional organizations to take more steps to improve women’s participation during all stages of peace processes. Additionally, the Council has recognized the role of the UN system in implementing the participation pillar. Therefore, ensuring women’s participation and representation in preventing and resolving conflict or in peace-building falls squarely within the Council’s mandate.

Yet by failing to leverage its sanctions regimes more strategically to help bring more women into peace talks, the Council may be missing crucial opportunities to enhance its targeted measures on preventing and ending conflict or enhancing peace-building. It is regrettable to limit sanctions’ usefulness in the very role they are meant to play: to end wars. 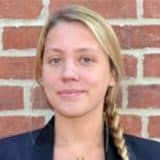 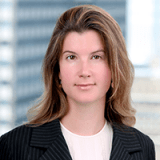 Rebecca Brubaker is the senior policy adviser and project director at the United Nations University Center for Policy Research, where she leads projects on conflict prevention, sanctions, Security Council affairs, transitional justice and migration and refugees.