When the market for mortgage-backed securities — derivatives — exploded in 2008, the investment guru Warren Buffet called them “financial weapons of mass destruction.”

The crisis was the worst American economic disaster to occur since the Great Depression. In the United States, the stock market tanked, wiping out nearly $8 trillion in value between late 2007 and 2009. Unemployment climbed, peaking at 10 percent in October 2009. Americans alone lost $9.8 trillion in wealth as their home values plummeted and their retirement accounts vaporized.

In all, the Great Recession led to a loss of more than $2 trillion in global economic growth, or a drop of nearly 4 percent, between the pre-recession peak in the second quarter of 2008 and the low hit in the first quarter of 2009, according to Moody’s Analytics.

Yet derivatives and other alternative financial instruments may soon be coming to the United Nations pension fund. Secretary-General António Guterres, in his December 2020 report to the 75th session of the General Assembly, endorsed a series of measures that would significantly change the risk profile of the UN Joint Staff Pension Fund. Indeed, Guterres indicated that the UN Office of Investment Management “may use exchange-traded futures, swaps and foreign exchange forwards for the purposes of increasing the efficiency and lowering the transaction cost of implementing various investment strategies, as well as for risk management and hedging purposes.” All these instruments are considered derivatives.

Donate to PassBlue
Our coverage is free to read, but not free to create. Your support makes us strong.
Yes, I want to be part of it.
In his report, he also asked the Assembly for authority “to engage in borrowing for the limited purpose of performing such transactions and to the extent that such borrowing is required as an adjunct to the securities and instruments otherwise traded or used by the Fund.” Guterres said that “any exposure of the Fund resulting from such borrowing would be adequately covered and collateralized by the assets of the Fund.” Thus, any losses caused by such borrowing would be charged to the fund’s assets held as collateral for the loans, meaning a direct financial loss to the participants and beneficiaries of the fund.

Through Resolution 75/246, the General Assembly endorsed the proposals of the secretary-general but requested him to submit more detailed information to the 193-member body at its 76th session, which begins in September. The resolution also authorized the secretary-general to conduct margin trading (leveraging) on a trial basis for two years on behalf of the pension fund.

Some people on its board who may be promoting this policy — derivative hawks, I’ll call them — describe mortgage-backed securities metaphorically as a football helmet that protects players against the risks of rough play. Derivatives, they say, can lock in prices, hedge against negative interest rate movements and mitigate risks, often at a limited cost. Derivatives are often bought on margin; that is, with borrowed money, which makes them less expensive. But buying financial instruments on credit, or leveraging, makes investment in derivatives even more risky and questionable.

Rather than a protective helmet, derivatives are more analogous to defective airbags in your car. You think they are keeping you safe, until they blow up unexpectedly in your face. Derivatives are complex instruments; they are also difficult to value because they are based on the price of another asset. A range of variables associated with derivatives makes it difficult to perfectly match the value of the instrument with the underlying asset.

The Organization for Economic Cooperation and Development and the International Organization of Pension Supervisors recognized in a 2011 report that “riskier strategies are often inherent in alternative investments, given that some were initially designed for high-net worth individuals.” It added: “Such investments may be complex, illiquid or opaque, and therefore require careful scrutiny and analysis. They also tend to be more expensive to manage than traditional investments.” So, pension funds in some jurisdictions are not allowed make such investments.

While the General Assembly approved the use of derivatives and other risky financial instruments on a trial basis, they could end up becoming entrenched. In the past, UN investments have been based on a conservative policy that includes consideration of four elements: safety — ensuring adequate asset class, geographic, currency, sector and industry diversification by careful due diligence and documentation of investment recommendations; profitability — requiring that each investment at the time of purchase is expected to earn a positive total return; convertibility — the ability to readily convert investments into liquid currencies; and liquidity — ready marketability of the assets in recognized sound, stable and competitive exchanges or markets.

It is not clear that the range of derivatives and borrowing being proposed for the pension fund, now valued at $87 billion, meets any of these criteria.

Why is the fund considering switching to these risky investments? So far, its members have received no explanation from Guterres as to why he is endorsing derivatives. In his report, he provided a boiler-plate message about the aim “to expand the range of instruments available to the Fund to more effectively manage its investments . . . over the medium term.” But there is no explanation for the increased risk that participants and beneficiaries are expected to bear.

Moreover, the UN Office of Internal Oversight Services in its 2020 audit report raised concerns about the capacity and competence of the UN Office of Investment Management, which handles pension fund investments. The report described an office rife with “divisiveness among staff and a culture that many staff described as ‘toxic.'” Such conditions, the report added, pointed to the lack of an “appropriate tone at the top with regard to the highest ethical standards of behavior that are expected of officials entrusted with fiduciary responsibilities.” It doesn’t sound like the right atmosphere to take on derivatives.

The secretary-general has fiduciary responsibility for the investment of pension fund assets. At a minimum, the fiduciary is required to consult fully with his client regarding the steps he is planning to take that may affect the value of the assets under his care. So far, the secretary-general and those who advise him on such matters, including the UN Office of Investment Management, have provided no such rationale.

Participants and beneficiaries may be having their life savings put at risk with no acknowledgment of their interests. We deserve something better from the secretary-general in the exercise of his fiduciary duties. 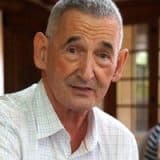 Lowell Flanders, an American, is a retired staff member of the United Nations, having served with its relief operation in Bangladesh, as an assistant resident representative with the UN Development Program in Venezuela and with the Commission on Sustainable Development. He was president of the UN staff union for two terms and was a board member of the Association of Former Internations Civil Servants.

1 thought on “Does the UN Pension Fund Really Need to Invest in Financial Derivatives?”