The US’ Humble Approach to Running for a Human Rights Council Seat, Albeit on a Clean Slate

GENEVA — The United States is campaigning for election to the Human Rights Council in October for the 2022-24 term, starting a new chapter in its volatile relationship with the Geneva-based body. Its current re-engagement, including more acceptance of criticism about its own country, has been praised by Council members and experts, but its prospects have also raised fears of heightening polarization and dysfunction within the 47-member body, some close observers here say.

The US has raised many objections to the work of the Council, which was reconstituted by the General Assembly in 2006 and took shape later that year after its predecessor, the Human Rights Commission, was dissolved. US criticisms of the Council have included the lack of competitive elections to the body, whose members are now chosen by regional groups of nations. The US argues that the lack of open international competition for seats has helped notorious human-rights abusers become members. The US, among others, has also accused the Council of excessive anti-Israel criticism. Such tensions culminated in the withdrawal of the Trump administration from the Council in June 2018.

In his February announcement of America’s candidacy to the Council, Secretary of State Antony Blinken reiterated these criticisms. But he argued that the US can best change the body from within rather than outside it, echoing the Obama presidency’s approach to sticking with the Council despite its flaws.

Donate to PassBlue
Our coverage is free to read, but not free to create. Your support makes us strong.
Yes, I want to be part of it.
The US candidacy is not the only change from Trump’s approach to the Council: rather than the previous administration’s full rejection of the body, the US mission in Geneva is now defending issues that were supported by the administration of Barack Obama, such as women’s and LGBT rights, reproductive health, migration and combating systemic racism.

Although the US is currently not a member of the Council and thus unable to vote in its decisions, the country has been active through its “observer” status, speaking at sessions and holding side events since its withdrawal in 2018. These activities have greatly increased since President Biden took office in January 2021.

Blinken, however, has explicitly mentioned pushing back against the Council’s “disproportionate focus on Israel,” among the reasons for re-engaging, but the US did not participate, for example, in the body’s special session in May on Israel-Palestine.

Traditionally, “the American and British position is not to participate in any event under Item 7,” said Marc Limon, executive director of the Geneva-based Universal Rights Group, referring to Israel’s designation as an item on the Council’s permanent agenda.

What stands out most in the US approach now is its focus on race relations. Rather than reject the Council’s resolutions on racism and police brutality against African-Americans and other people of African descent, as the Trump administration did last year from Washington, this year the US has not only acknowledged such criticism but also invited the UN special rapporteur on contemporary forms of racism, E. Tendayi Achiume, and the expert on minority issues, Fernand de Varennes, to visit Washington and assess the US record on the matter. (The State Department said in an email that the rapporteurs’ visits are contingent “once the U.S. government fully re-opens and health and safety conditions permit.”)

These invitations by Blinken have drawn harsh criticism from American conservatives. Blinken responded to the criticism on July 13, saying, “Great nations such as ours do not hide from our shortcomings; they acknowledge them openly and strive to improve with transparency.”

The moves by the US have been “well received in Geneva,” Limon said. “What people worried about is that the US would come back and do what it did in the past, presenting itself as a shining city on the hill, saying, ‘Everything is great here and we tell you what to do.'”

John Fisher, Human Rights Watch’s Geneva director, said that this more introspective approach helps the US stand apart from such countries as China and Russia, as those nations “are less willing to acknowledge their own shortcomings, and swift to stifle national or international scrutiny.” (Both countries are current members of the Council.)

A diplomat from a Latin American delegation, who asked to remain anonymous, sees the actions by the US as also stemming from staffing shortcomings, hindering its work promoting human rights overall. After the 2018 withdrawal, its Council team shrank, leaving a group “almost without experience of how the Council works,” the diplomat said. The US has begun rebuilding bridges with members of the body, and Biden has nominated Bathsheba Crocker as ambassador to the UN and other international organizations in Geneva, but she has yet to be confirmed. The process, a Senate Foreign Relations Committee member told PassBlue, is in its early stages.

A delegate in Geneva from another Latin American country emphasized another motivation for the US wanting to return to the Council: to reclaim the “vacuum” left by the US that has been largely filled by China, which has become more assertive in the body. “They now have a level of influence with African states, for example, that only the US had before,” the diplomat said, mentioning China’s Belt and Road project and greater global provision of Covid-19 vaccines by China, until recently, as contributing factors.

The rivalry with China and its diplomatic allies, known as the like-minded group (including Russia, Pakistan, Eritrea, Cuba and others who oppose a perceived Western agenda), has already been affecting the Council as the US has returned to it as an “observer.” This year’s sessions so far were “especially acrimonious,” according to Limon. He emphasized, however, that the US should not be singled out for the bitterness, saying, “If China and Russia react a certain way, you cannot just blame the US; it’s their own problem.”

One of the Latin American diplomats who spoke to PassBlue said that more boldness among the “like-minded” group started last year, before the US re-engagement began. The diplomat added that such polarization is not unavoidable, citing recent Chinese and like-minded acquiescence on a US-sponsored resolution on the human rights of migrants.

Fisher of Human Rights Watch said that US effectiveness in the Council will depend on whether it can truly commit to its self-critical posture. To do so, he said, it will have to “cooperate with international human rights mechanisms, stop shielding Israel from accountability for its international crimes, and engage constructively with the newly established UN mechanism on systemic racism.”

Such an approach could shield the US’ tenure on the Council from more substantive charges of hypocrisy, experts suggest. But it may hurt Council procedures: the US is running in the Western Europe and Others (Weog) regional group, which had presented as many candidates as allowed to compete this year.

Sources familiar with the situation said that the US, due to its late candidacy, persuaded Italy to drop out as a candidate to avoid a competitive slate and make room for the US in the regional group. One source said that the US turned to Italy because the other two Weog candidates, Finland and Luxembourg, “would be impossible to ‘bump,'” the person said in an email. Finland could not be dropped because of  “the Nordic rotation system” for nominations, and Luxembourg had “already locked in the votes needed to get elected.” Italy, meanwhile, is a current member of the Council whose term ends this year.

An Italian diplomat told PassBlue that the country had decided to postpone its candidature to the Council until the 2026-28 term, having concluded last spring to instead signal a “cooperative approach” in the Weog consortium and enable the US to rejoin the Council.

Unlike its previous runs for the body, “the US was beginning to run a campaign like any other state,” one source said, doing things it had not done before, like putting “candidate for election to the Human Rights Council” on the State Department website.

The stakes are high for the Biden administration’s Council bet. If the US fails to achieve any reforms on Israel and competitive slates, Limon said, “It would give a future Republican president an easy excuse to pull out again, but would also make it harder for a future Democratic president to rejoin.” 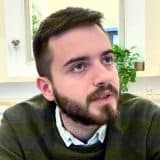 Lucas Dias Rodrigues Dos Santos is a Brazilian Ph.D. student in international relations at the Geneva-based Graduate Institute of International and Development Studies. His research focuses on the evolution of multilateral diplomacy and emerging powers. Besides his native Portuguese, he speaks French, English and Spanish.

The US’ Humble Approach to Running for a Human Rights Council Seat, Albeit on a Clean Slate