Jockeying for Unicef’s next executive director is well underway, after the July 13 announcement by its current head, Henrietta Fore, that she is leaving before the year’s end. She is going because of a family health emergency and well before her five-year term, which began January 2018, is up.

Fore is Unicef’s seventh executive director, since the organization’s founding in 1946, a position always held by an American. Whether this continues, and is positive or not, is part of the standard maneuvering that accompanies so many efforts to share the top United Nations agency jobs among member states. More consequentially, the appointment will augur either more of the same in the lackluster recent history of UN international development aid or the possibility of an imaginative reboot in this work at a time of critical global peril.

Unicef is neither the largest nor the most powerful UN development agency. But for much of its history, it has been the brightest jewel in the world body’s development aid crown. This is thanks to the universal appeal of its mandate, the depth of its reach into almost every country and its relatively high visibility, publicly advocating for its mission — protecting children’s rights — long before sister agencies began to do the same.

Donate to PassBlue
Our coverage is free to read, but not free to create. Your support makes us strong.
Yes, I want to be part of it.
Americans had first dibs to lead the organization, as the initial main funder and key mover in its creation one year after the founding of the UN. Critically, the American men who led Unicef for its first 48 years (they were all men in those days) were steeped in international development.

The agency’s first leader (1947-1965), Maurice Pate, started his humanitarian career during World War I, continued it during the second world war and helped birth Unicef in December 1946. By 1953, with a new permanent mandate, he expanded the agency’s focus beyond war relief to child welfare in poor countries.

Unicef’s second executive director (1965-1979), Henry Labouisse, also held various international aid positions since the late 1940s, in the United States State Department (working on the Marshall Plan), with the UN’s World Bank precursor in Africa and with Palestinian refugees before heading Unicef. Labouisse was followed by James Grant (1980-95), now Unicef’s most-renowned chief. Born in then-Peking, Grant imbibed international public health (his father’s specialty) early on. He began his career in the UN’s precursor relief agency, the UN Relief and Rehabilitation Organization, spent almost a decade at Usaid and created the Overseas Development Council in 1969, leading it until his Unicef appointment.

Since then, previous international development experience has been a thin line on the resumes of Unicef executive directors. Expediency, ruled more by internal US political considerations than international concerns, has seemingly played a decisive role in their appointments.

This began with Carol Bellamy’s appointment (1995-2005), after Grant’s resignation in early 1995 (he died of cancer a few days later). The new era was also marked by a European Union effort to end the long run of American executive directors. The EU argued that while the US remained the agency’s largest-single country donor, the European Union together gave significantly more, which is still the case. But EU countries were unable to unite behind a single person, proposing British, Belgian and Finnish candidates. The latter two were women, when voices for more top-level UN women leaders had grown much louder.

But President Clinton had already lined up William Foege, a former Centers for Disease Control and Prevention head, for the job. UN Secretary-General Boutros Boutros-Ghali, the decider, was divided. Not wishing to alienate either the US or EU power brokers, he hinted that the next executive director would be a woman. Clinton scrambled and nominated Bellamy. Two years into heading the Peace Corps, that was Bellamy’s only professional international experience.

She worked out better than many of the old guard contended she would. Comparing her with Grant was also patently unfair. He had set a new bar within and beyond the UN for deep international development experience, relentless commitment and energy as well as innovative — both wily and charming — political strongarming to achieve leaps in child survival and development as global aid was being rolled back. Though comparisons were inevitable, Bellamy, a dedicated feminist, jumped in and found her own driving force pushing girls’ education and related initiatives.

But a pattern had begun. Boutros-Ghali’s successor, Kofi Annan, then limited the terms of agency heads to a maximum of two five-year appointments. This meant that picks for Unicef’s top job would be further influenced by whichever of America’s increasingly fractious political parties was in power when it came time for a new appointment. In 2005, the US president was the recently re-elected George W. Bush who, with little pushback, chose Ann Veneman (2005-2010).

She had led the US Department of Agriculture during Bush’s first term and been the face of his government’s handling of the mad-cow disease controversy. Among other issues, this role made her a potential liability, and the Unicef vacancy was conveniently at hand. She openly disdained the Convention on the Rights of the Child — by then formally adopted as the guiding framework for Unicef’s work — and lasted one term. (The Convention remains unratified by the US.)

Anthony Lake’s nomination (2010-2017) by President Obama looked equally expedient. A National Security adviser under Clinton, Lake’s entire career was in US foreign policy, not development, though he had also served on the board of the US Fund for Unicef, a fund-raising affiliate. But when Obama chose Hillary Clinton instead of Lake as his first secretary of state, he spent a year in academic exile before the Unicef post opened. Already 71 years old when he started the job, he resigned at the end of 2017, midway through his second term and a year after Trump became president.

Trump’s dislike of the UN and nonmilitary foreign aid in general augured badly, so his choice of Henrietta Fore to lead Unicef in 2017 was met with widespread relief. Her previous international development experience was also thin: six years at Usaid (two as its head), with the rest of her career in unrelated US government jobs and private industry. But unlike any of her predecessors who never had to take an official position against the government that had appointed them, Fore rose to the challenge.

When the Trump administration was systematically separating migrant children crossing into the US southern border from their parents and detaining the children en masse, Fore, without naming the US, spoke out. Returning from a visit to the Mexican side of the border in June 2019, she said: “It’s hard to fathom this happening in a country with such a rich history as a champion for children in need around the world. . . . By any measure, these ARE children in need — I have met them.”

It’s possible that the decision-making process for the last four executive-director appointments were somewhat different than described above. One can’t know for sure because the process is opaque, another problem that needs fixing. Today, with Fore’s imminent departure, there is a real opportunity for Unicef to start fresh, with new top leadership that is again steeped in demonstrated merit.

Unicef is now a $7 billion annual operation. It is the global convener of governments, sister agencies and the critical nongovernmental organization sector on children’s rights to health, education and protection and their treatment as full human beings. It’s also been for decades the biggest vaccine and related equipment buyer and supplier in the world, focusing on childhood diseases. Now part of Covax, Unicef is the logistics-master and lead supplier of Covid-19 vaccines and related personal protection equipment, syringes and other material to middle-income and poor countries. All these capacities need assured, inspired leadership to meet the spiraling challenges that the Covid pandemic has piled onto the world’s children, wiping out gains in education and hunger reduction and adding to the ravages of poverty, conflict and the climate crisis. Filling the lead job of such a critical UN institution can’t be another exercise in US domestic insider-power expediency.

Will the European Union or others again challenge the US’ recently uninspired monopoly of this job? It’s also fine if the US keeps the post, as long as it takes it seriously, appointing someone with genuine international commitment and development experience. Samantha Power, the new Usaid head and a former US ambassador to the UN, can help here. Now also a partisan insider, she has an even longer professional past as an outsider and internationalist, and she can insist that the UN’s crown development jewel be given a fighting chance to regain more of its former luster. This can only benefit President Biden’s claim that America is “back” as a positive force amid escalating global crises.

This essay has been corrected to reflect that Anthony Lake was 71 years old when he started the Unicef job, not 70 years old. 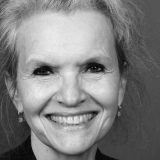 Ellen Tolmie directed Unicef’s global photography from 1992 to 2013 and was deputy head of Unicef’s headquarters’ web, video and photography section from 2007-2013. She now lives in Toronto.