In February 2020, just weeks before New York City and much of the world went into lockdown in response to the Covid-19 pandemic, we and our fellow ambassadors at the United Nations began six months of negotiations, culminating in the adoption by all heads of state and government of the “Declaration on the commemoration of the seventy-fifth anniversary of the United Nations.”

Against the backdrop of the pandemic and other current and looming threats and challenges — from climate change and extreme and persistent poverty to violent conflict, terrorism and human-rights atrocities, particularly those inflicted on women and girls — the UN75 Declaration, as it is called, presented a vision for a more just, sustainable and peaceful world, where no one is left behind. It was a manifest for multilateralism as the only way to handle today’s crises and to build a better future. The declaration focuses on everyone in the world, not least youths and future generations, through 12 commitments.

At the same time, acknowledging multilateralism’s many shortcomings and the need to modernize our institutions of global governance to better confront 21st-century problems, we called upon Secretary-General António Guterres, in the UN75 Declaration, to “report back before the end of the seventy-fifth session of the General Assembly with recommendations to advance our common agenda and to respond to current and future challenges.”

The secretary-general answered our call on Sept. 10 and presented the “Our Common Agenda” report with recommendations to the General Assembly, before the gathering of world leaders in New York City for the first time in two years. The secretary-general sets out the choice for world leaders: either a breakdown or a breakthrough scenario. He calls for global solidarity, a renewal of the social contract to build trust and to ensure respect for human rights, an end to the war on science and ways to complement how we measure economic prosperity and progress.

“Our Common Agenda,” which was welcomed by world leaders during the UN General Assembly high-level week, emphasizes solidarity with young people and generations to come. Three major recommended actions include holding a summit meeting on transforming education in 2022; strengthening the UN youth envoy’s office to enhance young people’s participation in intergovernmental policymaking on matters that affect their lives; and appointing a special envoy for future generations.

Perhaps the secretary-general’s most unique and consequential recommendations center around his call for more inclusive and comprehensive multilateralism. To prepare the UN to safeguard our global commons, improve the provision of global public goods and respond better to future global risks, he recommends convening a summit of the future in 2023. Such a process could contribute to a more tech-savvy, efficient and results-oriented UN 2.0 — a progressive world body that functions at high bandwidth.

Achieving an ambitious global governance renewal architecture in two years will take vision, imagination and leadership from committed political leaders from across the UN’s membership. Building on extensive civil society outreach during UN75, in 2020, and in preparing the “Common Agenda” report over the past year, a summit of the future would also benefit from the creative ideas and public-awareness-raising of scholars, religious and cultural leaders, civil society, industry and young people.

Moreover, we very much welcome the secretary-general’s proposal to convene a high-level advisory board to propose options on how his recommendations could be achieved. Only through a meaningful, frank and broad dialogue, where diverse perspectives are respected and reflected in the final results, will humanity succeed in making the future we want, the UN we need a reality. 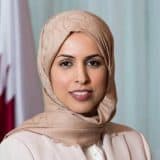 Alya Ahmed Saif Al-Thani is the permanent representative of Qatar to the United Nations and a former UN75 Declaration co-facilitator. 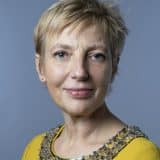 Anna Karin Eneström is the permanent representative of Sweden to the UN and a former UN75 Declaration co-facilitator.