Just days before the COP26 environment summit in Glasgow, Scotland, three of the United Nations’ lead agencies on climate and development each published alarming reports.

The World Meteorological Organization (WMO) produced evidence to show that greenhouse gases reached a new record high in 2020. Concentrations of carbon dioxide and other heat-trapping gases in the atmosphere had risen faster in the last year than over the previous 10.

A new UN Development Program (UNDP) report gave evidence that around half the G20 countries, responsible for three-quarters of global emissions, had not adhered to core principles of the Paris Agreement to ratchet up ambition — and that among those that strengthened their nationally determined contributions (NDC) pledges, much more needs to be done.

And the UN Environment Program (UNEP) reported that new and updated climate commitments by UN member states were well below what was needed to adhere to the goals of the Paris Agreement in order to avoid a devastating global temperature rise of at least 2.7 degrees Celsius this century.

But amid this pessimistic analysis, there are many reasons for hope. The number of countries that have enhanced their climate pledges, or at least that have pledged to do so, rose from 75 countries in 2019 to 178 in 2021. Most countries have honored the key principle of making increasingly ambitious NDCs every five years.

Away from the alarming banner headlines about the destructive impact of climate change, our three UN agencies, together with our partners in the Alliance for Hydromet Development, have created — and at Glasgow we will unveil — a major new initiative that will transform the international response to climate change.

The Systematic Observations Finance Facility (SOFF) will fill the data gaps that have diminished our understanding of the climate, including the prediction of extreme weather events. The consequence of this has been to weaken responses to such things as floods, hurricanes and drought.

When the SOFF is fully up and running, billions of dollars of infrastructure will be rendered climate-resilient and spared the relentless battering inflicted by extreme weather events. Moreover, countless lives could be saved.

Over the last three decades, we have been unable to plug significant data gaps. And the situation continues to deteriorate. In Africa, the number of radiosonde observations — the most important type of data for weather predictions and climate analysis — decreased by around half between 2015 and early 2020. The figure has dropped further since, as it has in other parts of the world.

The SOFF will reverse this trend. Over the next decade, we will build capacity in 75 countries — including in small island developing states and least-developed countries — supporting them as they generate and share data with the global observation system. This is a must if we are to improve the quality of weather forecasts, early warning systems and climate information services.

With the implementation of the SOFF, we anticipate a 28-fold increase in observational data generated by surface stations and 12 times for radiosondes data, compared with January 2020.

The Global Basic Observation Network, which was designed to improve observational data, lays out in clear, specific, quantitative terms which parameters to measure, how often and at what horizontal and vertical resolution. It also makes clear when and how to exchange them and which techniques should be used to make measurements. Reaching agreement on these technical details was a point of arrival.

Shortly before COP26, the World Meteorological Congress approved a wide-ranging, integrated package that included a Unified Data Policy, the Global Basic Observing Network (GBON) and the SOFF to respond to the explosive growth in the demand for weather and climate data and to support essential services in all sectors of society.

With the unveiling of the SOFF at COP26, we have reached another milestone. We are helping countries comply with the GBON requirements, creating a truly maximal global system. This enables all countries to better understand, predict and adapt to the changing climate.

When the SOFF is operational, will see a significant increase in the effectiveness of climate finance, in that the data foundations on which investment decisions are made will be strengthened. And by providing a global approach to investing in the collection of weather and climate data, we should see a more efficient allocation of resources.

The logic is clear. By making our database more comprehensive, we improve planning assumptions for all. By creating a system for enhanced data sharing, we ensure that the weakest links are strengthened.

Potential global disaster management benefits engendered by the SOFF are estimated at an annual $66 billion. In addition, savings of about $96 billion annually are predicted through improved economic production and the application of weather forecasting in sectors such as agriculture, water, energy, transportation and construction.

Weather and climate observations of the kind the SOFF will produce are essential if the world community is to realize fully the $162 billion annually in socioeconomic benefits of weather and climate prediction.

We are delighted to report that our key stakeholders have recognized the transformative value of the SOFF. At COP26, an initial group of countries will announce an opening investment to get the SOFF up and running. This will allow us to move into a fully operational phase in six months.

The SOFF will help ensure that some of the world’s poorest and most vulnerable communities can get ahead of the curve, adapt to the effects of climate change and build much-needed resilience.

But perhaps the greatest value of the SOFF is that it illustrates what the UN can do at its best. With the SOFF we are taking a proactive step to save future generations from the scourge of climate change. 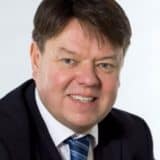 Petteri Taalas is the secretary-general of the World Meteorological Organization 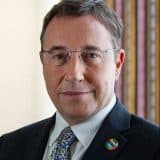 Achim Steiner is the administrator of the United Nations Development Program 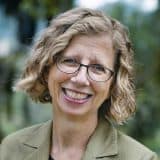