Women have a right to participate in public and political life and the work of international organizations under the United Nations Convention on the Elimination of All Forms of Discrimination Against Women, or Cedaw. This right extends to membership in all UN bodies, including the 10 committees that are meant to help countries protect international human-rights obligations. Although the first committee was set up in 1977, gender equality has not been achieved in the membership of most of these entities.

These committees are called treaty bodies, and their role is to monitor a country’s compliance with the UN human-rights treaties that collectively cover civil, cultural, economic, political and social rights; the rights of women, people with disabilities, migrant workers and children; and the right to freedom from torture, disappearance and discrimination. The committees function separately from the Human Rights Council, and committee members are independent experts rather than national officials. As part of their work, committees directly recommend to countries how they can improve their national human-rights policies, laws and action. The Office of the High Commissioner for Human Rights, currently led by Michelle Bachelet, acts as the secretariat for the committees, providing the staff that is needed to organize and support committee meetings, most of which are held in Geneva.

The committees establish frameworks for national policies, law and programs, ultimately affecting the everyday lives of their citizens, including women. Without an equal number of women experts on board, however, the treaty bodies are more likely to overlook critical issues and perspectives that should be part of their legal agenda.

One reason for the lack of gender parity in all but one of the treaty bodies is that countries have not nominated enough women as candidates for the committees. Countries that have ratified the relevant treaties nominate candidates and elect members for four-year terms at the UN in New York City. Sadly, most nomination processes are informal and lack transparency, resulting in qualified women candidates left unaware of such vacancies.

This gender gap can be solved by countries and the UN Office of the High Commissioner for Human Rights taking the action recommended in the report to the Human Rights Council. For example, countries could identify women candidates for treaty body membership and, where appropriate, give women preference. They also could incorporate gender as an explicit feature in nomination processes, as was done in Canada’s call for application for membership in the Committee of the Rights of Persons With Disabilities. They could track their progress on these gender parity measures across the 10 committees.

While the nomination of more women candidates would be a step forward, we also need to ensure that countries vote for and elect such candidates. Elections during the Covid-19 pandemic have relied on virtual campaigns, and candidates now also reach out to civil society organizations to lobby their governments to vote for qualified women candidates. In addition, an informal group of former women chairs and members of treaty bodies could be set up to mentor women candidates and advise them on their campaigns. Countries that have adopted a feminist foreign policy, like Canada, France, Luxembourg, Mexico and Sweden, could also play a leading role in promoting women candidates.

The Office of the High Commissioner for Human Rights could advertise upcoming treaty body elections in women’s networks. It could regularly track the number of women and men serving as independent experts, and make this information public in a format similar to the gender parity dashboard that is used to measure staff composition in the UN Secretariat. And it could help countries design ways to achieve gender parity during the nomination and election processes.

We believe that High Commissioner for Human Rights Bachelet is in a unique position to urge countries to take concerted action to push for gender parity in the treaty bodies. Familiar with breaking glass ceilings, she was the first executive director of UN Women and the first woman president of Chile. She could make a policy statement giving high priority to the achievement of gender equality in the committees and call for parity in nominations of candidates. 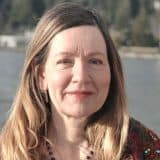 Marcia V.J. Kran is an international lawyer from Canada; a former director at the UN human-rights office and currently a member of the UN Human Rights Committee (2017 – 2024). 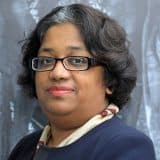 Aruna D. Narain is a judge of the Supreme Court of Mauritius and member (2017 – 2022), vice-chairperson and rapporteur of the UN Cedaw Committee.

Very courageous and well written feminist advocacy paper on a long awaited need to ensure better parity in the UN itself.

Thank you kindly for your feedback.

It is good to hear your thoughts on a subject which is your specialty. Thank you.