Gender Bonds Haven’t Been a Big Hit Globally, but a Japanese Bank May Change That

Gender financial bonds to support women have been sold since 2013, but they haven’t exactly taken off like wildfire. Now the Japan International Cooperation Agency is one of the first public development banks to issue a gender bond, supporting efforts for women to have equal access to such crucial areas as education, employment and politics. Given Japan’s history of discrimination against women, this could be a big step in boosting women’s empowerment in all spheres of life there.

The agency has raised 20 billion yen, valued at around $76 million, by issuing 10- and 20-year bonds. They will fund projects aimed at promoting women’s roles in education, work and politics.

The bonds will help address “gender issues that have been recognized for their significant importance in the wake of the COVID-19 crisis,” the Japanese agency said in a press release.

Anita Bhatia, a UN Women deputy executive director, said of bonds generally: “What gender bonds seek to do is to tap into investor interest in pushing for gender equality through bond issuances.”

Like other bonds, those focused on gender can be purchased by investors — be they public, private, domestic or international. They are typically issued by multilateral development banks and corporations and can be used for such projects as supporting better pay for women, getting women out of poverty or creating a digital platform for women entrepreneurs.

According to Bhatia, the move for banks like the one in Japan to start issuing gender bonds represents a change in the market. “This is shifting, and we are seeing a number of issuers come to the market,” Bhatia said in an interview with PassBlue.

The first step in issuing a bond is project identification. Once a project is chosen, a framework is developed based on certain criteria, as outlined in a recent guide by UN Women. A second-party opinion must then be sought to provide investors with assurance that the framework aligns with market principles.

To issue a bond, companies and governments need to find corporate investors, charities or foundations willing to provide funds to the governments or institutions. Next, funds are distributed to organizations or other institutions to cover the costs of various projects. Intermediaries and evaluators may be involved in organizing and monitoring deals and assessing outcomes.

Bhatia said that though private sector bonds can vary in price depending on the size of the entity, the capital requirements and the value of eligible gender sovereign bonds issued on the international market would generally need to be upward of $500 million.

Bhatia noted that gender bonds can respond to one of the United Nations’ 17 sustainable development goals: gender equality.

Matthew Gouett, a sustainable finance analyst at the International Institute for Sustainable Development, an independent think tank, said that gender bonds fit into a “Venn diagram” system, where sustainable bonds fall in the middle of two other kinds of bonds — social and green bonds, which can both have sustainable aspects.

The World Bank was the first to develop thematic bonds, starting with ones on vaccines in 2006, green bonds in 2011 and gender bonds in 2013.

According to Bhatia, global debt capital markets can play an important role in leveraging finance to address gender inequality, among other socioeconomic problems.

“For issuers, issuing a gender bond offers an opportunity to demonstrate their leadership in advancing gender equality,” Bhatia said. “It also offers issuers the opportunity to diversify their investor base and leverage new sources of financing, as well as the potential to be included in sustainability indices.”

In the bond market, the demand for gender-related sustainable bonds is growing among investors. According to Bhatia, from 2019 to 2020, the volume of such issuances doubled from $300 billion to $600 billion.

There are two approaches to issuing gender bonds, she said: One where budget and expenditure are allocated to activities for developing information tools for women entrepreneurs or including mobile markets that support the sale of products from women’s associations and cooperatives. In the other approach, issuers measure the expected outcome of a project, analyzing sustainability performance targets by a given date.

“For those bond issuers without a sufficient pipeline of eligible projects, this approach can be a good alternative to nevertheless include gender equality objectives in a funding program,” Bhatia said of the latter type.

Though the market is growing, few gender bonds have been issued so far: less than 80 International Capital Market Association-aligned gender bonds have come to the market since 2013, mainly from multilateral development banks, banks and corporations to mostly large institutional investors.

“Less than 1 percent of all sustainable bond issuances have gender as their priority objective,” Bhatia said, adding that while specialized development banks mainly dominate the gender bonds market, it is expanding worldwide.

Notably, B3 in Brazil is the first stock exchange in the world to issue a gender bond. In the Asia-Pacific region, the International Finance Corporation invested in the area’s first private-sector gender bond to increase loans for women-led small and medium-size enterprises.

In 2019, the project reported that it had exceeded expectations, reaching more than 59,000 women entrepreneurs and providing them with an average loan size of $24,776 to develop their businesses.

While no government-issued gender bonds have been offered yet, UN Women is working with numerous governments in Asia, Latin America and Africa to develop frameworks for sovereign gender bond issuances, Bhatia said.

The future of gender bonds

Gouett said that it was important to look at the level of ambition of companies when they’re working with gender bonds, as businesses may not be investing in projects that actually improve the communities that need it most.

He noted a recent gender bond issued by the Canadian Imperial Bank of Commerce that invests in companies with 30 percent or more women on their boards. A gender bond that aims to get a small women-led startup going might be more useful in promoting gender equality, he said.

“There are organizations that are congratulated because they’re issuing gender bonds for the first time,” Gouett said. “And I think to myself, well, that’s great. But, you know, the bar is pretty low.”

As for the future of gender bonds, Bhatia sees two possibilities.

“The UN has been doing great work on SDG bonds,” she said, referring to the UN sustainability development goals. “One thing that I see happening, and I hope will happen, is that these SDG bonds will have specific reference to gender as one of the SDGs that they want, which hasn’t been the case so far.”

She also noted that gender bonds could become a separate social bond that raises money for projects that address a social issue.

For gender bonds to make a difference, Gouett said a certain investing system was needed. If companies truly want to achieve gender equality, they may have to make less money to support a project for communities that don’t have as much to give back in return — at least not immediately.

A system in which investors could offer a range of bond levels, with different percentages of interest, could encourage people to choose projects with a higher impact but less reward.

For such a system to work, people have to take a leap. “The problem is that people will say that the market’s not big enough, but to me, it’s chicken or the egg,” Gouett said. 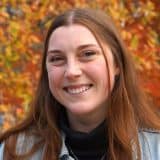 Gender Bonds Haven’t Been a Big Hit Globally, but a Japanese Bank May Change That