Weeks After a Cease-Fire Agreement, the Central African Republic Hangs By a Thread

The Central African Republic has long suffered from internal strife and human-rights abuses, but the situation now is perhaps the worst it has ever been and could grow more dire. The central government controls only a small portion of this landlocked country, which is just under the size of Texas. Much of the rest is run by local factions locked in a state of constant conflict with each other and the central government, despite a cease-fire that was announced in October.

The Central African Republic is a country rich in paradoxes, abundant in minerals but hanging on by a thread as cycles of deadly violence hit innocent people the most, many of them unable to get enough to eat or access basic health care. Yet more than a billion dollars for all sorts of help and other steps from both the government and outsiders like the United Nations, United States, African Union and regional groups have been unable to fix the country’s core instability in an area rocked with other political collapses, such as Sudan’s recent coup. That crisis has attracted far more media attention than the Central African Republic’s straits.

A humanitarian official working in the country recently expressed concerns to PassBlue that the nation could see “another nightmare” similar to what happened in January, when myriad armed militias gained control of different provinces and marched toward the capital.

That’s not all. Russian mercenaries operating in the country have been implicated in the human-rights crises as Russia itself has become an ally of the government, providing security protection, according to a new report from the International Crisis Group, a nonprofit entity focused on preventing and resolving conflicts. The report said that President Faustin-Archange Touadéra’s decision to use mercenaries “is justifiable, from a military point of view, and so far, Wagner has served him well,” referring to the Wagner Group mercenaries.

The Crisis Group recommends that Touadéra’s “first priority” should be to ensure that the army and associated foreign troops abide by the cease-fire he declared on Oct. 15.

The chaos in the country has resulted in widespread atrocities, from violent armed conflict — in some cases apparently masterminded by the Russian mercenaries — and school occupations to “looting on a large scale,” according to a UN report in June 2021. UN agencies concluded that more than half of the country’s population, or about 2.8 million people, required humanitarian aid and that more than 700,000 people were internally displaced, while nearly 700,000 more had sought refuge in nearby countries and some 1.9 million people were “in acute need” and could die without assistance, one report said. The country has the lowest life expectancy at birth of any nation in the world.

The humanitarian situation has worsened since June. On Nov. 23, Samantha Power, the head of Usaid, spoke with Touadéra and “raised concerns” about deteriorating security conditions and “grave human rights violations,” her office said, while she expressed a commitment by the US to support “inclusive peace in CAR,” as it’s known. After her conversation with Touadéra, Usaid announced an additional $8.9 million in humanitarian aid to the country.

The US, the agency said, is the largest such donor to the Central African Republic. The $8.9 million will be used, the Usaid said, to increase distribution of food, rehabilitate roads for “hard-to-reach populations,” support those displaced in the country with latrines, shelters and camps and offer counseling to sexual violence victims.

This year’s conflicts cap two decades of on-and-off fighting since the overthrow of President Ange-Félix Patassé in 2003. Former President François Bozizé was ousted in 2013, leading to more violence.

Five years ago, with the election of Touadéra, many people in the country and far beyond hoped for calm and stability, including the UN Security Council, which authorized a peacekeeping mission there in 2014 to mainly protect civilians. But the country’s two largest armed groups — former members of the Muslim-affiliated Séléka and the Christian anti-Balaka — have continued to wreak havoc.

Just a year ago, five major rebel groups formed the Coalition of Patriots for Change (CPC) to disrupt the 2020 presidential election. Ultimately, Touadéra won a second term, and more fighting ensued. On Oct.15, he declared a unilateral cease-fire, opening up a chance for dialogue with the CPC. Touadéra said on television that he thought the cease-fire “would help protect civilians from violence and allow them to access humanitarian aid and basic services,” Reuters reported. The UN described the cease-fire as a “critical step.”

Yet little has changed, said Christine Caldera, an expert on the country for the Global Center for the Responsibility to Protect, a nongovernmental group in New York City that fights for human rights.

Abdoulaye Diarra, who researches the country for Amnesty International, based in Dakar, Senegal, told PassBlue over Zoom that during the fighting that has taken place since January, “all the parties committed human rights violations: killings, looting and also sexual violence.” An October 2021 UN report documented 176 civilian deaths caused by clashes between June 1 and Oct. 1, marking a 47 percent increase from the previous four-month period.

“We saw attacks against villages and all the houses burned,” Diarra said. “It’s very dangerous. These people can have munitions surrounding their villages.”

Caldera said that children suffer the most. “The armed groups perpetrate the majority of abuses against children since they are the ones that routinely use child soldiers,” she said. “Then incidents of rape and other forms of sexual violence follow the recruitment and use of children.”

Women have hardly been spared. Between June and September, the UN documented the allegations of at least 154 women who have endured conflict-related sexual violence. Caldera thinks these numbers are “vastly underreported,” as many victims “just do not report this sort of incident.”

David DeArmey, the director of Water for Good, a nonprofit group in the Central African Republic that promotes clean water, said these attacks often occurred as women went out to get drinking water, a task that tends to fall on women and girls. Moreover, victims of sexual violence “are generally stigmatized in their own communities as victims,” which hinders the girls’ ability to attend school, among other problems.

Worse, according to the UN, Article 105 of the Central African Republic’s Criminal Code “allows the perpetrator of an abduction to marry the victim, thereby depriving the latter of the right to take proceedings against the former.” According to DeArmey, this is an example in which “human rights have suffered from the country’s own legal provisions.”

Since the government’s counteroffensive against the CPC began in January, the coalition has been trying to secure new sources of money, having lost grasp of strategic urban areas around the capital city, Bangui. The armed groups “were able to control natural resources, monitor the flow of arms trafficking and various armed-group activities, and also impose illegal taxes on communities living there,” Caldera said. “They have now moved more toward rural areas of the country, relying more on criminal activities for survival and for profit.”

Meanwhile, both the armed groups and the national forces disproportionately target civilians who they suspect are members of rival groups or support them. Caldera thinks the attacks have led to an increase in aggression toward certain ethnic or religious minority communities, which are commonly associated with specific factions. “It’s just by association that these innocent civilians are being targeted,” she said.

According to Diarra, the “warlords” have continued to commit atrocities with impunity, a situation with no letup. “This is how they have acted for more than 20 years,” he said. “But only two or three people have been brought to justice. All the bosses, all the warlords, they’re still free.” According to Amnesty International, leaders of armed groups held roles in government even as their members committed atrocities.

Caldera said this culture has fostered continuing violence. Rather than negotiating or having a dialogue among the warring parties, it “emboldens perpetrators to keep using violence as an end to a means, rather than transitional justice mechanisms or national reconciliation platforms.”

But the justice system is not the only institution shattered by the conflict. “Because of these clashes, the state and its institutions have essentially collapsed,” Caldera said. “It’s been very difficult to rebuild, as it would be in any conflict area.” (The International Criminal Court announced on Dec. 9 charges of crimes against humanity committed in 2013 by a Central African Republic national against “detained persons perceived as supporters of former President Bozizé.”)

Currently, according to the World Health Organization, humanitarian aid groups provide 70 percent of all health services in the Central African Republic, despite its being “one of the most dangerous places for the staff of humanitarian organizations,” Amnesty International said.

The pandemic has aggravated everything going wrong in the country. According to the WHO, the Central African Republic was among the least prepared nations worldwide to deal with Covid-19. Vladimir Monteiro, a spokesperson for Minusca, the UN peacekeeping mission there, noted in an email to PassBlue that due to the pandemic, “the resilience of the population has been affected as well as their capacity to respond to basic needs,” including health care, food and sanitation. In November, the Security Council renewed the mandate for Minusca for another year, operating on an enormous $1.1 billion annual budget.

When asked what the people of the Central African Republic need the most, Diarra said: “They need schools, they need health centers, they need rules, jobs. But also, they need to see all the people responsible for human rights violations behind bars.” 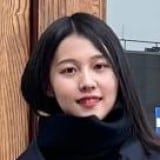 Yujie Zhou is a recent graduate of the Columbia Graduate School of Journalism. She has a B.S. in social science from the City University of Hong Kong.

Weeks After a Cease-Fire Agreement, the Central African Republic Hangs By a Thread