A Tribute to My Dear Friend at the UN, Whose Spirit for Justice Endures

She was one of the most wonderful persons I have ever known, and I miss her very much. She spent her life fighting for justice, without any fear of the consequences for herself.

I first met Maha on July, 22, 2002, when she came to me for advice when I was working as a volunteer legal counsel for the Panel of Counsel, a body in the United Nations internal justice system that helps staff members with legal problems.

She joined the UN in the Arabic unit of the radio section in August 2000. Before that, she worked for 10 years in Paris as a journalist for radio, TV and various daily newspapers and magazines.

After joining the Arabic unit, she soon became the subject of discrimination by her colleagues because she was trying to do objective, unbiased reporting about the Israeli-Palestinian conflict, but all her colleagues were citizens of Arab countries who were pro-Palestinian and anti-Israel and did not accept her reporting. After she complained about the discrimination, she was reassigned to the French radio unit in June 2001.

However, the officer-in-charge there was not happy because he wanted European colleagues, and Maha was from Egypt. She was also much more experienced than her colleagues in the unit, which the boss resented. As a consequence, she was not treated fairly, and this is why she came to me for advice.

However, the decision on her appeal was not retroactive, so not only did she not become chief of the French radio, but she was also harassed by her bosses because she had shown that they cheated. In addition, she had become a staff representative and was fighting to help colleagues who were not treated properly, which made her bosses even more nasty to her. She was never promoted to another job, and her life became miserable to the point that she decided to leave UN headquarters in New York City.

She joined Minusca, the peacekeeping mission in the Central African Republic, in August 2014, where she created the best radio station in the country and was adored by her colleagues and the people there.

In June 2016, while stopping in New York City for a medical checkup, she was found to have Stage 4 cancer!!!!!!! She never went back to the Central African Republic but went to work in the Department of Global Communications, where, instead of her supervisors being especially nice to her because of her cancer, they mistreated her by refusing to put her back in her normal position and giving her functions for which she was not experienced.

A new case against her mistreatment was filed in 2020 but recently dismissed — after her death — as “not receivable” by the UN Appeal Tribunal, with arguments that ignored the main facts: that her request on July 8, 2019, to return to her normal function had been refused on July 12, 2019. Although she was a single woman, if her case had been decided in her favor, her heirs would have received a financial award.

If Maha had not been illegally deprived of the post of chief of the French radio unit in 2007, she would still be alive with us today because she would have gotten essential preventive medical care and could have discovered the cancer sooner, working in New York City. Of this I am convinced. If she were still alive, she would continue to be fighting for justice without fear of the consequences for her. Which is why I miss her so very much.

The essay was updated to provide more clarification on Maha Fayek’s 2020 case of mistreatment. 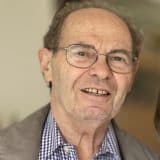 Joseph Alfred Grinblat is a statistician-economist-demographer who retired from the United Nations in 2004, after spending 30 years in the UN Population Division, except for two peacekeeping mission stints in Western Sahara. He also spent four years in Tunisia (1969-1973), working for the Population Council and the Ford Foundation. He lives in Flushing, New York.

7 thoughts on “A Tribute to My Dear Friend at the UN, Whose Spirit for Justice Endures”