The United States and Russia publicly aired their stances and concerns over the Ukraine crisis in a United Nations Security Council meeting, with the US calling Russia’s military buildup on Ukraine’s borders a “clear and consequential threat to peace and security” and Russia accusing the US of engaging in “megaphone diplomacy” meant to “whip up hysterics” and “mislead the international community.”

The meeting was held on Jan. 31, the last day the Council’s rotating presidency was held by Norway. Russia takes the monthly role on Feb. 1. The US requested the open meeting suddenly last week, citing that “Russia’s threatening behavior against Ukraine and the build-up of Russian troops on Ukraine’s borders and in Belarus” threatened international peace and security, making it a necessary topic for the Council’s 15 members to discuss. All members spoke at the meeting, as did the envoys for Ukraine and Belarus.

Though the rhetoric from the US and Russia toward each other grew heated, the tone of the Council meeting was mostly businesslike, with most members, from Albania to the United Arab Emirates, reiterating that dialogue and diplomacy on all fronts must prevail.

Yet the interactions between US and Russia were tense. In an anticipated move, Russian Ambassador Vassily Nebenzia tried to block the meeting with a technicality, called a procedural vote, accusing the US of instigating a public discussion based on what he called “unfounded accusations” of Russian aggression against Ukraine. Ultimately, 10 member states voted in favor of the meeting while Russia and China objected and Kenya, Gabon and India abstained. The Council needed nine yes votes for the meeting to proceed; the veto is not allowed in deciding procedural matters.

In her opening remarks, American Ambassador Linda Thomas-Greenfield defended Ukraine’s sovereignty by describing Russia’s aggression not only threatening Ukraine but also Europe and “the international order this body is charged with upholding.”

“Russia has assembled a massive military force of more than 100,000 troops along Ukraine’s border,” she said. “These are combat forces and special forces prepared to conduct offensive actions into Ukraine. This is the largest — this is the largest; hear me clearly — mobilization of troops in Europe in decades. And as we speak, Russia is sending even more forces and arms to join them.”

In response, Nebenzia maintained that Russia has the right to deploy troops and military hardware wherever it chooses within its territory and that the threat of Russia invading Ukraine has been fabricated by the US and its Western allies.

“There is no proof confirming such a serious accusation,” Nebenzia said, having just returned from weeks in Moscow. “However, it is not preventing people from whipping up hysteria. You [the US] are almost calling for this. You want it to happen . . . you want to make your words become a reality.”

He added that there has been “no threat of a planned invasion into Ukraine, from the lips of any Russian politician or public figure.” (He repeated to the media outside the Council that Russia would not invade Ukraine and that he didn’t know how many troops were installed on the border.)

Thomas-Greenfield insisted that Russia’s actions tell a different story. “[Russia’s] actions on the border of Ukraine are not responsible,” she said. “Our recognition of the facts on the ground is not provocative. The threats of action if Russia’s security demands aren’t met is provocative. Our encouraging diplomacy is not provocative. The provocation is from Russia, not from us or other members of the Council.”

Since March 2021, according to US estimates, Russia has amassed more than 100,000 troops on Ukraine’s eastern border, including in Crimea (territory annexed by Russia in 2014) in the Donbas region, and more recently in Belarus, situated on Ukraine’s northern border, where Russia is scheduled to hold military exercises in February.

The US, Nato and European allies have publicly condemned Russia’s actions. All parties have threatened to impose heavy sanctions on Russia if it invades Ukraine, including disconnecting Russia from Swift, the global financial messaging system, and shelving plans for the Nord Stream 2 gas pipeline. Additionally, US President Joe Biden said he would consider personally sanctioning Russian President Vladimir Putin, if necessary.

In a bipartisan effort, the top members of the Senate Foreign Relations Committee are working on a “mother of all sanctions” package to add to the repercussions the US has said it is ready to unleash if Russia further encroaches into Ukraine.

In response, the Kremlin has accused the US and Nato of stoking fear in the region by insisting that war is imminent, deliberately driving a wedge between Russia and Ukraine. Russia has said that it’s willing to pursue a diplomatic path if Nato ends all eastward expansion in Europe, stops all military activities in Eastern Europe and guarantees that Ukraine will never become a Nato member. So far, Nato has rejected those demands; and Ukraine cites its sovereign right to join whatever alliance it wants to for security reasons.

After meeting with Russian Foreign Minister Sergey Lavrov in Geneva, on Jan. 21, US Secretary of State Antony Blinken submitted a written response to Russia’s concerns. It was hand-delivered to the Russian Ministry of Foreign Affairs on Jan. 26.

Meanwhile, Blinken is scheduled to speak with Lavrov by phone on Feb. 1 to discuss Russia’s response.

On Monday, Ukraine’s ambassador, Sergiy Kyslytsya, told media after the Council meeting that a further invasion by Russia into its territory is “imminent,” without offering specifics.

“Look, we called for this meeting to allow the Russians to give us an explanation of what their actions are,” she said. “We didn’t hear much. They didn’t give us the answers that any of us would have hoped that they would provide. So we hope that they continue along the route of diplomacy and find a solution — a way forward so that Ukraine can feel comfortable and secure in its own borders.”

As for a diplomatic breakthrough or impasse from the meeting, she added: “Well, I think the Council meeting was clear. And all of the voices, even those who abstained on the votes, spoke clearly about the importance of the UN Charter and the importance of countries having the ability to feel comfortable within their own borders.

“And several raised concerns about Russian actions. So I think we accomplished that today; Russia heard clearly a united position from the vast majority of the Council, and I hope that that will lead to a diplomatic solution.”

Otherwise, if war ensues, as James Kariuki, Britain’s deputy ambassador said, “There will be no winners, only victims.” 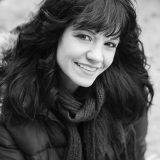 Dawn Clancy is a New York City based reporter who focuses on women’s issues, international conflict and diplomacy. She holds a master’s degree from Columbia University’s Graduate School of Journalism. Previously, she has written for The Washington Post and HuffPost.

Thanks for an excellent, balanced, and informative article. I listened to the debate on UN Web TV, and you did a good job of synthesizing and communicating the gist of it,

Unfortunately, on its website, UN Web TV, has not provided the English interpretation of the interventions in Russian, Chinese, French, and Arabic, although I know they exist because I listened to then in the live transmission.

Was this just incompetence, or something else? It should be fixed asap.

I heard a number: 320,000 USA troops in Europe. I know there’s a USA military base in Germany. How many other USA bases are in Europe and which European nations have missile systems aimed at Russia? The Minsk agreement MUST be addressed NOW!
USA Out of Europe! Julian Assange has been nominated for the Nobel Peace Prize.
Capitalism is crumbling as the billionaires have doubled their worth. I wrote right here about Ukraine being broached at UN – I guess others thought the same.
Omitting the “strength” of USA forces in Europe is a MAJOR DECEPTION, Ms. Thomas-Greenfield, it’s akin to cheating.