Within year one, the Biden administration rejoined the Paris Agreement and Human Rights Council, re-engaged with the World Health Organization, accelerated support of the Covax operation and took steps to strengthen United Nations peacekeeping and nuclear nonproliferation regimes. Equally significant, the new administration has dramatically changed America’s tone toward the UN’s founding principles and the value of multilateral problem-solving.

While rejoining multilateral agreements and organizations and improving political rhetoric are vital, they are relatively easy steps compared with the difficult challenges that are needed to make our global governance system more capable of tackling international threats. The ambitious reform agenda ahead — as detailed by Secretary-General António Guterres recently in his “Five-Alarm Global Fire” speech and last fall with his Our Common Agenda report — is vast, complex and politically fraught. Indeed, the United States must transition to its next phase of recommitting its role with the UN.

Building and sustaining a global coalition despite political pushbacks from many corners of the world requires that the US and its allies and partner countries up their game in the next two critical years if the multilateral system is to be made truly fit for the 21st century and in time for Guterres’s proposed September 2023 Summit of the Future. Look no further than the distrust expressed and objections posed by major powers — from Russia and Brazil to India and Pakistan — to a recent, straightforward (and, ultimately, watered-down) Our Common Agenda follow-through procedural resolution approved by the General Assembly.

In December, a US-UN Re-Engagement Roundtable series was convened, in Washington, by the Stimson Center, US Institute of Peace, Alliance for Peacebuilding, Refugees International and United Nations Association of the National Capital Area. The series considered near- and medium-term recommendations for the Biden administration, as well as steps to rebuild US-UN relations and American leadership in the multilateral system. Addressing all of the UN’s major pillars of engagement, more than 90 experts from mainly outside the US government presented more than two dozen recommendations in the following areas:

Peace and Security: With the Security Council’s veto-wielding powers often divided, the US should more often focus its work beyond the Council and support actions through a strengthened UN Peacebuilding Commission and Peacebuilding Fund, as well as better-equipped conflict resolution programs in the UN Department of Political and Peacebuilding Affairs (DPPA) and the World Bank. DPPA is led, incidentally, by America’s senior-most UN official, Rosemary DiCarlo, and the World Bank is also headed by an American, David Malpass.

In testimony before the US Congress on America’s engagement with the UN, Ambassador Linda Thomas-Greenfield has repeatedly stressed the importance of American leadership, “. . . [which] means relentlessly pursuing reforms across the UN system. Our adversaries and competitors are investing in the United Nations. We can’t expect to compete unless we do, too.” Fortunately, next year’s Summit of the Future provides a generational opportunity to consider several of the secretary-general’s most far-reaching ideas for structural change, as well as many solid UN innovation proposals from policy researchers and others in global civil society.

But serious deliberation, let alone adoption, of such ideas will not come easily. Resistance is anticipated from many quarters, compounded by ever-present distrust between democracies and autocracies, as well as between developed and developing countries. Perhaps most remarkably, given that the consensus-adopted UN75 Declaration commissioned the UN secretary-general’s Our Common Agenda, the vocal misgivings and even suspicions expressed toward the UN Secretariat by some member states, including Pakistan and Brazil, have been surprising.

Beginning in February and through March, at the Our Common Agenda thematic consultations convened by the president of the General Assembly, Abdulla Shahid, the US must transition to the next phase of its re-engagement with the UN, help to restore trust across multiple fault lines in the international system and work vigorously with allies, partners, and — yes, even rivals — toward more collaborative, or win-win, multilateral negotiations on UN renewal. Sensitive to perilous geopolitics, nothing short of a forward-leaning reform program can ensure that our global institutions and diplomatic relationships, rooted in the 20th century, can manage the 21st-century challenges ahead. 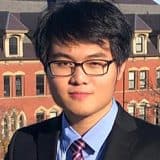 Jerry Zhang is a research intern with the Stimson Center’s Global Governance, Justice and Security program.

I think that the US is an absurd choice for “leadership” at the UN considering that the US is the leading weapons dealer in the world, and has a long history of violating international law and UN conventions. The US refuses to support nuclear disarmament, instead is actively opposing the UN’s prohibition against nukes. The US, also, like the other P-5 nations, refuses to submit itself to enforceable international law. It remains above the Law. Finally, the US claims it is for “democracy” yet refuses to give the 188 nations at the UN decision-making voting rights at the UN. The UN is profoundly undemocratic, and the US wants to keep it that way. We need a “new UN” under the Earth Constitution.