“The Congolese shops, they feed my family!” said Sara Moyo, 27, a mother of two in Stoneridge Park, a suburb in the south of Harare, the capital of Zimbabwe.

Moyo buys her groceries at the tiny, informal street shops run by Congolese refugees because a tin of butter costs about the equivalent of $1, while retail supermarkets charge about $2.50.

“If you don’t visit the Congolese refugees’ shops, you get fleeced elsewhere,” she said. (The Real Time Gross Settlement is Zimbabwe’s official currency, shortened to RTGS. According to Zimbabwe’s central bank, $1 currently equals 116 RTGS.)

Totamirepi Tirivavi, the commissioner for refugees in the Zimbabwe Ministry of Social Welfare, told PassBlue that the country hosts 15,000 refugees. A huge slice of them come from the Democratic Republic of the Congo, a northern neighbor above Zambia. The refugees have escaped years of bloodletting, rape and human-induced hunger conditions in the vast central African country.

The enterprising refugees who have settled in Zimbabwe can show how the right inducements and services they need to adjust to an entirely new place, far from home, can provide benefits to the communities and to the countries they have fled to, escaping war and other atrocities.

“Refugees can receive food and nonfood items from the government or other nonstate actors,” Tirivavi said. “For the record, the government has availed 4,400 metric tons of maize to the World Food Program in Zimbabwe, specifically to support refugees within Zimbabwe.” The donations include other goods like cooking oil and beans from the UN and other sources.

Currently, the World Food Program, which works closely with the UN Refugee Agency in the country, provides about $15 a month in a cash-for-food program, Sonia González, the spokesperson for the agency in Zimbabwe, told PassBlue.

Genevive, 38, is a mother of two who said she arrived in Zimbabwe in 2007, fleeing attempted rape in the Congolese province of South Kivu, where the UN recorded approximately 14,000 rapes between 2005 and 2007.

“As a refugee from Congo, when you arrive in Zimbabwe, the first port of call is to be housed in Tongogara Camp, where you get $15 per person per month,” she told PassBlue. Genevive gave her first name only, as many refugees did when they were interviewed for this article to guard their privacy and protect family members back in the Congo.

“Then you register your kids, family members and spouse,” Genevive said.

Tongogara is 260 miles southeast of Harare, located in an arid rural district called Chipinge; it is the largest refugee camp in Zimbabwe, housing mostly people from the Congo, Mozambique, Burundi and Rwanda. People are free to live outside the camp and run small businesses elsewhere, while thousands of others remain. Small businesses are thriving there too.

“The cash transfer is meant for all refugees,” Tirivavi said. “Those residing outside the camp to enable them to work may opt not to receive cash transfer. This is encouraged to support refugees’ independence and reduce dependence syndrome.”

So like other Congolese refugees, Genevive moved to Harare, a city of about 1.5 million. “I believe there are better entrepreneurship chances in the city,” she said. Genevive, who has married a Zimbabwean, has used her earnings to run a grocery and vegetables shop in Stoneridge Park.

“Bigger supermarkets in Zimbabwe, the likes of SPAR International, shun informal settlements where electricity, water, roads [and] postal addresses are patchy, leaving refugee grocery kiosks to have a free run with little competition,” Andrew Mlambo, an economist in Harare said.

After years of living in Zimbabwe, intermarrying and having families, many Congolese refugees like Genevive say they are using the cash grants to set up not only small grocers but also flour mills and car repair businesses, all in low-income suburbs.

“They are a lifesaver,” Daphine Jiyamwa, 40, a Zimbabwean single mother of three said of the Congolese-run shops in Stoneridge Park. She added that Zimbabweans who live in underdeveloped townships like Stoneridge don’t compete with the refugee entrepreneurs because they prefer to rent portions of their yards to the Congolese, who set up street-facing kiosks in the lots. Crucially, the Congolese also have a significant advantage of getting free grants and startup finances.

Jiyamwa is delighted to buy a fresh chicken in a Congolese shop that sells the meat for $3. “In mainstream chain supermarkets, the same chicken would cost 580 RTGS [$5]. That price difference deprives us the poor of healthy protein,” she said.

Urban food hunger is a stubborn reality in Zimbabwe because of inflation, climate change and few jobs. In May 2021, the World Food Program said that about half of the residents in Zimbabwe were troubled by food insecurities.

“Inflation is running above 60 percent, joblessness is common, climate floods or severe drought wallops crops in urban gardens,” said Gifty Mawachi, a climate geographer who works in Mutare, an eastern border city near Mozambique. “If there is some nutritious food for women cook, electricity is usually absent.”

Besides the cash grants, Congolese shop owners said that they can keep prices low because of the goods they receive from the UN humanitarian organizations. The traders also source directly from low-cost wholesalers, and they have a culture of running “rounds” — informal savings and lending pools in the community.

“It’s not just small monthly cash grants,” said Omba, a 47-year-old Congolese entrepreneur who originally came from Kisingani, a large city in northeast Congo. “It’s boxes of soap, wheelbarrows and it’s cement bags, it’s boxes of syrup juice. We routinely get these goods for free from humanitarian organizations. The ones we don’t use, we sell for ultralow prices to our Zimbabwe host community members.”

Omba arrived in Zimbabwe 20 years ago and is raising three children who are bilingual in Zimbabwe’s Shona language and Congo’s Bemba.

“As a refugee, when you marry a local, you register your Zimbabwean wife for the cash grants and material goods,” he said. “It doesn’t matter [if] she’s Zimbabwean; she gets the money too. That way you double your earnings and open a business quicker.”

In Stoneridge Park, where Omba trades his wares among a cluster a bicycle shops, butcheries and grocers, Congolese entrepreneurs said that they don’t pay a hefty tax or that they must abide by expensive license rules because the suburb is still underdeveloped and settlement laws are not strictly enforced.

“There are once-off business grants that we refugees can apply from the humanitarian organizations,” Omba said. “They range up to $200, but you have present a credible repayment plan.”

Gonzalez of the UN puts the figure of startup grants at $250. “Under the graduation approach, we gave refugees a small grant to start some micro enterprises to move them out of poverty,” she said. “We then mentor them and equip them with training and coaching with technical skills and life skills necessary for their business.”

Stores run by Congolese help them to not only rebuild their lives in their new country but they also help them integrate better. 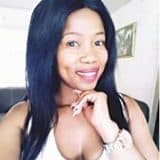 Nyasha Bhobo is based in Harare, Zimbabwe. She is a freelance journalist covering tech, immigration, climate emergencies, women’s rights and other topics in southern Africa. Her work has been published by The Africa Report, Newsweek, The New Arab, Reuters, CNBC TV Africa and Canada Globe and Mail. She has a B.S. degree from Chinhoyi University of Technology in Zimbabwe.