Putin’s decision to send Russian troops into Ukraine was a flagrant breach of the most fundamental rules of interstate relationships. It was not only an unprovoked attack against an independent sovereign nation, and by an unfree country on a free one, it was also a major offensive strike against the heart of the United Nations, breaking the UN’s principal commandment on respecting the sovereignty and territorial integrity of its member states.

Although the majority of countries have already criticized Russia’s actions, some have fallen noticeably short of outright condemnation. As the UN General Assembly meets today for an emergency session, countries around the world have the chance to put that right and demonstrate the very last thing Putin wants to see from the UN: a clearcut display of overwhelming global unity.

The UN has faced widespread criticism recently, thanks to the complete farce that has played out in the Security Council over the last few days. In many ways, such scenes are nothing new. We have seen the Council’s inevitable failure to contain Russian aggression before — in Abkhazia, Ossetia, Crimea — and its powerlessness to intervene in countless other critical situations, from the Sahel to Syria and the wider Middle East, not all to be laid at Russia’s door.

Yet for Russia to chair a meeting as rotating president of the Security Council this month, at the exact time that Putin ordered an illegal invasion of Ukraine, might reasonably be viewed as an abysmal new low. As Kenya’s UN ambassador, Martin Kimani, put it in his speech to the Council last week: “Multilateralism is on its deathbed tonight. It has been attacked today as it has been by other powerful states in the recent past.”

As the veto of the aggressor once again thwarts international action, it is right that the whole structure of the Security Council should come under renewed review. We have already heard calls grow louder for Russia to lose its permanent seat on the Council — which has compensated for its loss of global influence — and for the body to be overhauled.

With no permanent African or Latin American members, the Council has long been seen as anachronistic, unrepresentative and in serious need of reform. Debate has tended to focus on addressing the overrepresentation of France and the UK, but now the spotlight must also fall firmly on the wisdom of keeping Russia as a permanent member — a country with an economy the size of Texas and values that are clearly antithetical to the UN Charter.

Yet it would be a terrible mistake to take the clear and evident flaws and failures of the Security Council as proof that the UN itself is a pointless and toothless anachronism in today’s world. Indeed, that would be playing into Putin’s hands.

All of us are at risk when the UN is sidelined; all of us suffer when international law is broken; all of us are diminished by war. That is especially the case for the smaller states that make up the core of the international community, who rely on the rule of law instead of nuclear weapons — as Putin is now threatening to use — for their security.

This is the moment, then, for countries to show their commitment to multilateralism — and its continued power. UN member states have the chance to rally together in the General Assembly this week and speak with one voice to condemn Russian aggression. This goes much further than a challenge to Western security interests or even values. What Putin has done is challenge the very foundation of interstate rules and respect on which the UN rests. The UN has grown from 51 to 193 states based on that framework of respect. Today, that framework has been vandalized.

The General Assembly has the power to show Putin that his war against Ukraine is not a question of Russia versus the West, but of Russia versus the Rest. This, after all, is the most representative forum in the world. There is no veto. One-hundred-ninety-three member states all have an equal vote, regardless of size or military might. It was in the Assembly that leaders from Africa and Asia rallied the world’s conscience to fight against colonialism and apartheid. It was in the Assembly that the rights to self-determination and territorial integrity were championed by the international community.

And it is in the Assembly that countries across the world can unite now to defend the very principles that underpin global cooperation. And those — and there will be too many still — who do not condemn Putin will be held to account at home and abroad for their betrayal of conscience. This is a chance to make clear to Putin and autocrats across the world that we, the peoples of the United Nations, will continue to stand by the UN Charter, by international law and by the people of Ukraine. This is the moral power that only the UN can wield.

Editor’s note: PassBlue is a grantee of Open Society Foundations. 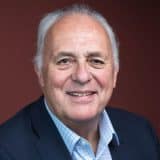 Mark Malloch-Brown is president of the Open Society Foundations and a former UN Deputy Secretary-General.

What about when the United States invaded Iraq? Iraq had not attacked the U.S. so why was our invasion of that country “legal”?

What a relief to read this brilliant article. I have been waiting for such an analysis to be offered, as this deadly conflict, with all its painful contradictions and ominous elements, continues.

May I thank you, in particular, for this paragraph:
‘…it would be a terrible mistake to take the clear and evident flaws and failures of the Security Council as proof that the UN itself is a pointless and toothless anachronism in today’s world. Indeed, that would be playing into Putin’s hands.’

Wow! What an amazing article that had helped me understand a bit about the UN! I concur with Mr Heinrich’s entire comment, wholeheartedly in addition to his statement: “This is exactly what needs to be said, and you’ve said it brilliantly sir”! Thank you Mr Malloch-Brown!

Thank you! This is exactly what needs to be said, and you’ve said it brilliantly sir.

How SHOULD the UN be responding right now, in the ideal?

Could the UN, through the General Assembly, actually “unite for peace” and call on member countries to send troops, even if symbolically, to fight Russia directly, or perhaps even to attack it on its periphery in Siberia to force it to divide its forces? Russia would have no one to nuke in particular if there were non-Nato forces from Africa, South America, and Asia.

Should there already be arrest warrants for Putin from the International Criminal Court?

Certainly this should be cause now for a review of the whole archaic UN apparatus, as we see how inadequate it is in the face of the bald aggression of a veto-holding power, though I suppose the US has shown us this on numerous enough previous occasions.