Ukraine’s population data are rapidly changing as the war rages in its country since Russia began its aerial, ground and sea assaults late last week. Within 24 hours of issuing its first report, the UN Refugee Agency documented that 368,000 people had fled from Ukraine to Poland, Hungary, Romania, Moldova and other countries and that many “elderly people and people with disabilities found themselves trapped in the city, due to the challenges of evacuation.”

In fact, millions of Ukrainians are expected to flee their country as Russian forces zero in further on Ukraine, especially its largest cities, Kyiv (the capital) and Kharkiv, with the latter now left in ruins. UN officials have acknowledged that keeping up with the numbers of people fleeing will be difficult, given the pace of those escaping.

“I have worked in refugee crisis for almost 40 years and I have rarely seen such an incredibly fast exodus of people,” Filippo Grandi, the head of the UN Refugee Agency, told the UN Security Council on Feb. 28, during an emergency session addressing the humanitarian situation. Grandi said the agency was planning to deal with up to four million refugees in the coming days.

The United Nations Office for the Coordination of Humanitarian Affairs in Ukraine released its first situation report over the weekend, after Russia began attacking the country on the morning of Feb. 24. As of Feb. 26, Sunday, the UN agency reported “at least 240 civilian casualties, including 64 dead and 176 injured across the country due to aerial and ground attacks” in major cities across Ukraine. It noted that the Office of the High Commissioner for Human Rights “believes that real figures are considerably higher, as many reports from places where civilian casualties were reported have still been pending corroboration.” A breakdown of the sex and ages of the dead and wounded was not included.

The sudden onslaught of hostilities in Ukraine has uprooted populations across the country, the second-largest in Europe, with about 44 million people. Fighting has damaged or destroyed hundreds of homes in less than a week of war, and “damage to civilian infrastructure has left hundreds of thousands of people without electricity or water,” according to the UN. Shelling of roads and bridges have left whole communities cut off from markets for food and other basic supplies.

The UN Refugee Agency reported that more than 160,000 Ukrainians are internally displaced, and as of March 1, 677,000 Ukrainians have fled into neighboring countries, with more than 100,000 people arriving in Poland alone so far. (The numbers are rising by nearly 100,000 a day, and the UN is appealing for $1.7 billion in global donations to cope with the catastrophe.)

The Ukraine government’s worst-case scenario projections were higher than the UN’s, with estimates of as many as five million people possibly fleeing the country, triggering a crisis that will test response capacities in neighboring countries. Such a massive transborder flood of refugees would represent more than 10 percent of the population of Ukraine.

Not all Ukrainians are free to evacuate. President Volodymyr Zelenskyy has banned men between 18 and 60 years old from leaving the country, almost one-third of the population, with the evacuees largely made up of women and children. Some photos of the refugees show mothers carrying babies while toddlers straggle behind them.

Deteriorating security has forced UN agencies and their partners to suspend operations, but they “maintain their presence across the country and remain committed to staying on the ground and responding to growing humanitarian needs and protection risks once the situation permits,” the UN has said.

These precipitous population shifts are reported within the setting of two other mammoth crises long underway in Ukraine: the Donbas separatist region and Covid-19. First, there is Ukraine’s already dire complex humanitarian emergency in the conflict-stricken Donetsk and Luhansk areas in the Donbas region in the southeast, where 2.8 million people need humanitarian aid, according to the UN. Second, Covid-19 case numbers have surged 555 percent, more than fivefold, in the six-week period from Jan. 15 to Feb. 25, “a figure that may actually be much higher due to a lack of testing,” the UN said.

On Sunday, the Security Council convened yet another emergency session on Ukraine, this time to refer the crisis to the General Assembly, acting under the 1950 Uniting for Peace resolution, which addresses “threats to peace and security.” Specifically, it enables the Assembly to take up such threats in an emergency special session if the Security Council cannot agree on taking action. (Russia vetoed a Council draft resolution last week condemning its invasion of Ukraine.) There have been 10 emergency special sessions over the decades, with six of them relating to conflicts in the Mideast.

On the humanitarian front, the ambassador of France to the UN, Nicolas de Rivière, told reporters on Feb. 28 that the Council would consider a draft resolution led by his country and Mexico for humanitarian help to Ukraine. As of the morning of March 1, the draft was being negotiated among the Council’s 15 members, but there were no updates as to its status.

And quickly it has.

On Monday morning, the General Assembly convened its special session under the Uniting for Peace resolution. By the end of the day, dozens of countries had spoken about the war and its damaging effects in Ukraine and to the stability of the rest of the world, aiming to push Russia to a cease-fire and full withdrawal of troops. The speeches by a total of 117 diplomats and others are continuing on March 1, and a vote on a draft resolution is scheduled to occur by Wednesday at 10 A.M. EST. Most likely, it needs two-thirds of the 193 voting members to pass. (No abstentions are counted in the tally.)

At the top, the resolution reaffirms “the paramount importance of the Charter of the United Nations in the promotion of the rule of law among nations.” It also condemns the Feb. 24 “declaration by the Russian Federation of a ‘special military operation’ in Ukraine.” (Russia’s diplomats at the UN refuse to call it a “war.”)

Grandi of the UN Refugee Agency spoke remotely from Geneva to the Council on Feb. 28. For 12 minutes, he wasted no words briefing the members — including Russia, which holds the rotating presidency for February — on the growing humanitarian crisis in Ukraine. He highlighted the plight of vulnerable populations caught up in the fast-moving war, including internally displaced people, those crossing borders, third-country nationals living in Ukraine (such as from Africa), those with disabilities or unable to evacuate and the “growing number of unaccompanied and separated children” from their families as the country hemorrhages.

(Russian Ambassador Vassily Nebenzia to the UN repeated on Feb. 28 to reporters that his country’s forces were not attacking civilians or civilian structures despite reports to the contrary, a lie he first uttered to the Security Council on Feb. 23, when news of the war’s start was first reported.)

Referencing Ukrainians internally displaced and their movements in their own country, Grandi did not update known numbers but reflected on their needs.

“But we know that we are not even scratching the surface to meet the needs of Ukrainians, including an unknown but surely very substantial number who have been forced to flee their homes over the past days,” he said, adding that “humanitarian access must be granted for those delivering aid to those impacted by war. A failure to do so will compound the already extraordinary levels of human suffering.”

Grandi also noted that “as we speak, there are 520,000 refugees from Ukraine in neighbouring countries. This figure has been rising exponentially, hour after hour, literally, since Thursday,” with more than 280,000 to Poland; 94,000 to Hungary; nearly 40,000 to Moldova; 34,000 to Romania; 30,000 to Slovakia; tens of thousands to other European countries and “a sizeable number” to Russia.

Grandi said that his agency projects refugee numbers to increase almost 10 times. “We are currently planning — I repeat: planning — for up to four million refugees in the coming days and weeks.”

Hearkening back to the perilous travel faced by European civilians during WW II, Grandi closed his briefing by conjuring a collective visual memory, that “I speak to you as a sixth night of anguish falls over Europe, struck once again by war, and as millions of innocent Ukrainian civilians huddle in bunkers, scramble to board overcrowded trains, and think with trepidation about the future of their children.”

“I have rarely seen such an incredibly fast-rising exodus of people — the largest, surely, within Europe, since the Balkan wars,” Grandi added. “I am seriously concerned about the likely, and further escalation in the number of arrivals. Mr. President, we may have just seen the beginning.” 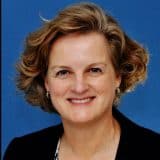 Dr. Mullaly trained in Canada, Australia and the US. She has worked around the world, including in the Middle East and North Africa. She was a 14-year attending anesthesiologist and faculty member at Massachusetts General Hospital and Harvard Medical School in Boston. She graduated with a master’s in public health from the Harvard T. H. Chan School of Public Health in 2010 and received an M.S. in journalism from the Columbia University Graduate School of Journalism in 2015.

Mullaly’s reporting conveys a sense of urgency that is contagious.