GOMA, Democratic Republic of the Congo — Next to a white, scratched United Nations hangar, soldiers in green-and-gray fatigues straddled parts of a Mi-8 Soviet-style helicopter, adjusting motors and rotors in the morning light of March 7. One member of the Ukrainian Aviation Unit of peacekeepers deployed here watched footage on his mobile phone of fellow soldiers in Ukraine firing rocket-propelled grenades at Russian forces. The war was raging in his homeland.

Days earlier, Ukrainian peacekeeping pilots had flown over verdant hills and muddy trails and roads to deploy a Nepalese Gurkha unit to Lubero, in North Kivu Province, to help tackle violence and Mai-Mai rebels. Later on March 7, the 264 Ukrainian peacekeepers in the Congo would be called on by their government to return to Ukraine with their eight helicopters, to fight the war there incited by Russia, which continues to pummel cities and has forced three million people to flee to neighboring countries in three weeks’ time.

The Ukrainian helicopters make up about a third of the fleet of the UN mission in the Congo (Monusco); the aircraft and Ukraine troops are expected to soon depart the country, despite increasing reports of murderous violence in the east, where rebel groups are gaining ground. At the same time, Monusco, one of the world’s largest peacekeeping missions, is slowly drawing down after 22 years in the Congo. An earlier, smaller mission was established in 1999, which Monusco absorbed in 2010. [Update, March 23: In a Monusco press conference from Kinshasa, the mission confirmed that the Ukrainian officers and helicopter unit workforce and their choppers would be repatriated by mid-April; the helicopters need first to be repainted to remove UN insignia, but the logistics are the bigger challenge, as Ukraine delivered the fleet to Monusco originally but cannot transport them home, given that the country is at war. So the UN peacekeeping headquarters in New York City must try to arrange to deliver the helicopters back to Ukraine.]

When approached by a photographer on the morning of March 7, the peacekeepers said they could not comment or be interviewed, but they agreed to be photographed. It was unclear to the photographer whether the Ukrainians knew they were to be sent home.

The Ukrainian unit in the Congo is by far the largest for Ukraine in all the UN missions, but now every Ukrainian peacekeeper is being asked to be repatriated to fight the Russians back home.

When questioned on March 15 about the departure of the peacekeepers amid reports of a continuing massacre in Beni, in eastern Congo, the spokesperson for the UN, Stéphane Dujarric, said it was “in the process of finding replacements for all of the departing Ukrainian assets” and “we’ll try in the upcoming days to get an update on what the situation on the ground is in Beni.”

Additionally, France is the “penholder,” on Monusco, responsible for its mandate in the UN Security Council. But France declined to comment on the Ukraine peacekeepers’ withdrawal from the Congo.

“If they lose a third of their fleet, it would be severely detrimental to operations,” a former top mission official for Monusco told PassBlue. “It’s rugged terrain and many areas are impassable, and without air support, you can’t get there, and you can’t protect people.” Two other former mission officials, including Alan Doss, who headed the original mission, Monuc, said that helicopters could take six months to a year to deploy, depending on whether a willing troop-contributing country would offer them.

In 2019, Ukraine pulled out three more sophisticated Mi-24 helicopter gunships that could launch missiles and replaced them with Mi-8 helicopters, despite the mission’s resistance, according to one of the former officials. The Mi-8s had been modified to fire missiles but were said to be less accurate and raised concerns about potential collateral damage. The large Mi-24s had proved successful in repelling an advance by the Mai-Mai Yakatumba rebel group back in 2017. (In the Congo, the term Mai-Mai means a community militia group.)

The drawdown of Ukrainian troops occurs amid rising attacks by the ADF (Allied Democratic Forces) against the Congolese military and civilians in recent months as well as increasing attacks using improvised explosive devices, coupled with the resurgence of the M23 rebel group in the Petit Nord region of the country, near Rwanda. On March 12, reports emerged of another massacre in three villages in Beni, killing 27 civilians and believed to have been committed by the ADF.

“What we have seen in Eastern DRC is that there has actually been an increase in violence in the past few months,” said Nelleke van de Walle, a researcher who focuses on the Great Lakes Region, of which DRC is a part, for the International Crisis Group. “We have also seen increased activity by M23 in the recent months which is cause for concern.” (The UN has documented that the M23, backed by Rwanda, overran Goma in 2012.)

Some of the Ukrainian helicopters are stationed in Goma, the capital of North Kivu. They fly to conflict zones such as Beni, west of Virunga National Park, where the ADF is based and has pledged allegiance to the Islamic State. The helicopters provide vital functions for the UN mission overall, including troop and personnel deployments, logistics and food supplies for bases, medical evacuations of peacekeepers, civilians and Congolese troops, assistance with demobilizing the many rebel groups infiltrated in in eastern Congo and investigations into human-rights abuses.

Some of the armed helicopters play a role in military offensives led by Monusco’s Force Intervention Brigade, which was established in 2013 to oust the M23 militia and collaborates with the Congolese military.

For years, Ukrainian peacekeepers have sent aviation teams to UN peacekeeping missions. These include the UN mission in Liberia (Unmil), which closed in 2018. In New York City, the Department of Peace Operations told PassBlue that 308 Ukrainians were currently deployed across six missions, with the Congo having the highest number.

When asked about the status of their withdrawal, a spokesperson for the department said: “The process of actioning the request is underway in consultation with the Ukrainian Permanent Mission to the UN and with relevant peacekeeping missions,” without giving further detail. Neither Monusco nor the UN peacekeeping headquarters responded to requests about the logistics of transporting the helicopters to Ukraine or offered information about their functions.

Daniel Levine-Spound is a Goma-based peacekeeping researcher with the Washington-based Center for Civilians in Conflict who studies Monusco. He said that its current protection strategy relies partly on the establishment of short-term bases, particularly in remote areas in the three provinces most affected by armed conflict: North Kivu, South Kivu and Ituri.

“The mission is facing several important protection crises, particularly in North Kivu, South Kivu and Ituri. At present, none of these are showing meaningful signs of improvement,” Levine-Spound told PassBlue.

“Monusco needs the flexibility to be able to set up and resupply bases in remote areas, and to use these bases both for military and civilian activities,” he added. “When you see a rapid decrease in air assets, there is necessarily a concern that it could detract from the mission’s capacity to quickly set up bases in places where security has deteriorated.”

Air assets are fundamental to protecting civilians, he noted, “and this is an important moment for the international community to demonstrate its willingness to replace these assets.”

PassBlue asked Ukraine’s ambassador to the UN, Sergiy Kyslytsya, this week when his country’s peacekeeping troops would be leaving, but he refused to comment. He said the information was on President Volodymyr Zelensky’s website, though no such news could be found.

For now, the Ukrainian peacekeepers remain in the Congo, waiting to be deployed to another conflict, fighting tens of thousands of Russian forces in urban warfare.

Clair MacDougall is an independent journalist who reports throughout Africa and is now based in the Sahel region, reporting on the security and humanitarian crisis there. She holds an honor’s degree in political theory and a master’s degree from the Columbia Graduate School of Journalism. In February 2021, she won an award from the International Center for Journalists for her article on the first official death of a UN peacekeeper from Covid-19, published in PassBlue and The Daily Beast. 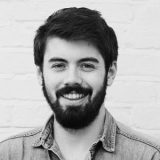 Hugh Kinsella Cunningham is a British photojournalist whose work has been published by The Guardian, BBC News, The Sunday Times Magazine and various UN agencies. He is a grantee of the Pulitzer Center on Crisis Reporting.