In 2019, the independent inquiry into the United Nations’ response to the Rohingya crisis, which drove 750,000 refugees from Myanmar’s Rakhine state into Bangladesh in 2017, found “systemic and structural failures.” UN Secretary-General António Guterres accepted all the findings of the inquiry and will present a report on the progress that has been made carrying out the recommendations on March 18 in the Human Rights Council.

Judging by the UN’s response to the human-rights crisis that has ensued since the February 2021 coup in Myanmar, there is little sign that the UN’s follow-up to the report is making a tangible difference in the lives of people in the country. The UN special rapporteur monitoring human rights there has called the situation “a brute force reign of terror” inflicted by the military regime.

The protest movement reacting to the coup called for the UN to take strong action to reverse the military’s illegal seizure of power and protect civilians. It was common to see protesters brandishing the words “Responsibility to Protect” on their T-shirts, invoking the international doctrine that is meant to prompt the global community to act when governments abjectly fail to protect their own people.

But you need to spend only a few minutes on social media today to see the disillusionment of the people of Myanmar with the UN. According to Khin Ohmar from the Progressive Voice, a network of civil society organizations, “the UN continues to fail the people of Myanmar by allowing justice and accountability to languish which only emboldens the military to continue its atrocity crimes.”

The UN independent inquiry was led by Gert Rosenthal, a former ambassador of Guatemala to the UN. The report produced by the inquiry proposed several ways to strengthen the UN’s response to human-rights crises in Myanmar. Three years later, the same problems are repeating themselves.

The threat of a veto by Russia and China — who continue to sell arms to the military junta — has prevented the Security Council from taking action on Myanmar. But there has been no attempt to force the issue by presenting a resolution that would at least draw more global attention to the crisis in Myanmar, even if the resolution is vetoed.

The General Assembly has adopted resolutions condemning the reversal of the democratic transition in Myanmar and rejecting the junta’s ambassadorial credentials to represent the country at the UN. But the Assembly has not convened an emergency session as it has recently, for instance, on Russia’s invasion of Ukraine.

Meanwhile, the UN has deferred responsibility to deal with the crisis to the Association for Southeast Asian Nations (Asean). Unlike the African Union, which suspends its members when they orchestrate coups, Asean has been an unreliable partner and has failed to implement its “five-point consensus” adopted in April to address the crisis.

The UN itself has been reluctant to play a bigger leadership role to bring the warring sides together. Compared with the war in Ethiopia, which erupted in December 2020, there has been minimal political investment by Guterres to engage the parties. The new UN special envoy, Noeleen Heyzer, has contacted regional governments, but she recently got caught up in significant backlash from Myanmar civil society, after suggesting that power-sharing with the junta should be considered.

The UN needs to define a clear political strategy to end the crisis in Myanmar.

Notwithstanding the lack of political support in the region and in the Security Council, there is much the UN system can do inside Myanmar, although it continues to face challenges of its own making. According to Chris Sidoti of the Special Advisory Council for Myanmar (SAC-M), regarding the UN, the “fundamental problem has been a lack of leadership. The Resident Coordinator (RC) was not even in the country when the coup began and afterwards. Even now, there is only an interim person in place.”

Reforms of the resident coordinator system were meant to pay attention to the leadership challenges identified in the Rosenthal report, but they seem to have made little difference yet in Myanmar.

The Rosenthal report found that UN leadership had deliberately undramatized events during the Rohingya crisis, prioritizing a conciliatory approach with the government instead. The same could not be said of the UN’s response after the Myanmar coup, delivering plenty of public statements from the organization condemning the violence. However, there has been almost no direct engagement with the military regime to present documented human-rights violations.

While the UN must be careful not to legitimize an illegal government, it is also responsible for engaging even the worst perpetrators of atrocity crimes. The Rosenthal report made clear that private and public advocacy are not mutually exclusive but should be used in concert — an approach that still seems to be lost on the UN in Myanmar.

There has been limited innovative thinking to address the human-rights concerns. A minimal UN presence at protests was dismissed based on security concerns, while risk aversion has prevented more support to local human-rights groups and legal aid providers.

The protection of civilians’ response has not been sufficiently strengthened, either. Unable to enter the country, the Office of the High Commissioner for Human Rights operates with a skeleton staff from Bangkok, where Heyzer is also based. The UN Refugee Agency protection cluster is attempting to expand its footprint but is unable to gain access to many parts of Myanmar.

The Rosenthal report was meant to be an impetus for creating a UN systemwide approach to human-rights crises. Guterres signaled his intent for reform by launching a call to action for human rights in 2020, which was to develop a so-called Agenda for Protection, but this has not been realized.

To be successful, the agenda will need to create transformational change as to how the UN responds to human-rights crises. Anything less will leave the people of Myanmar forever disillusioned with the institution. 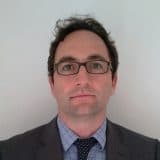 Social injustice has been around in Myanmar for a very long time, where bullying and obeying based on age, status or belief (religion) has been practiced by society at large, turning many of us into sycophants. Not that respect is bad but blind obedience is. It would be naive to think that the UN would be able to save us from the injustice taking place as long as many of us continue to play the blame game and refuse to change in the way we see and do things. To that end, human rights in Myanmar will continue to be a contentious issue.

Thank you for this. It is so distressing to see the UN so quiet. Myanmar, Ukraine, Syria – all caused by energy and resource avarice, weapons, lack of peace talks and lack of women in them. and hesitancy in UN reform.

Mr Lilly mentions that a resolution hasn’t even been brought up in the Security Council: I think we should name the “Penholder”– it is the UK that has failed to do this.

Yes, the Burmese military is really quite extreme in its corruption and brutality. It’s shameful that three of the current members of the Security Council are the largest suppliers of arms to Myanmar, despite the UNGA resolution.

I hope whoever is acting head the UN office has the authority to pressure the Burmese military effectively on human rights concerns. Is there a requirement to actually implement the Rosenthal Report recommendations, and are there UN documents that at least try to show the UN Office/Resident is working to improve their approach.

Correction is indeed needed. It is tragic that the risk averse culture of so many UN agencies leads them to non-decisions and prevarications that fail to offer hope, much less positive change. Many UN agencies communicate publicly only in the form of PR: this is not transparency.

Just to add that the conditions Rohingya refugees face in the camps of Coxs Bazar, Bangladesh, are not acceptable and the UN fails even here to convince the host country to offer education and employment and basic safety. Rohingya are not treated as partners but as problems. Despite the generous donations of the UN (and other UN member nations including the US) we fail to use that leverage to actually improve conditions in the Bangladesh camps. Why not allow more schooling and small businesses there? Where is hope without a future?

Bravo! Bang-on critique and emphasis on the need for transparency.