United Nations members voted on Thursday to strip Russia from its seat at the Human Rights Council, over alleged civilian killings in the region around Kyiv, Ukraine. The proposal, presented at a General Assembly emergency special session in New York City, was backed by 93 countries. Russia, China, Belarus, Syria and Iran were among the 24 countries to vote against it, while 58 countries, including India, Brazil, Mexico and South Africa, abstained.

The vote comes as images showing civilians executed in Bucha, Irpin and other cities near the capital of Kyiv started to emerge after the withdrawal of Russian troops from those areas, sparking widespread condemnation from Western countries.

Introducing the United States-led resolution, the Ukrainian ambassador to the UN, ​​Sergiy Kyslytsya, told fellow members that suspending Russia’s right to sit on the Geneva-based Council was “not an option, but a duty.”

Kyslytsya urged Assembly members to keep the Council from “sinking” — like the Titanic — and said that Russia has committed “horrific human rights violations and abuses that would be equated to war crimes and crimes against humanity.”

Russia, who denies the accusations of atrocities, accused the US of trying “to maintain its dominant position and total control” and “to continue its attempt at human rights colonialism in international relations.”

US Ambassador Linda Thomas-Greenfield announced on April 4, during a trip to Romania, that her country, with the support of European allies, would be seeking Russia’s suspension, citing “war crimes” committed in Bucha, Ukraine. Some European diplomats told PassBlue that the European bloc was told only moments before the US announced it was making this move.

This is the second time in the history of Human Rights Council, since its creation in 2006, that a sitting member has been kicked out. The first one was Libya, when the late former dictator Muammar el-Qaddafi led a deadly crackdown on protests in 2011, only to be reinstated eight months later. The seat sat empty in the intervening time.

The Council is responsible for protecting and promoting human rights globally and addressing violations of human rights and making recommendations to alleviate such abuses.

This is the first time a permanent member of the UN Security Council has been removed from any UN body.

The draft resolution had been floated around last month in Geneva during the Council’s last session but had failed to gather enough support. The images that emerged this past weekend in Ukraine have sparked outrage, adding pressure on countries to ramp up their diplomatic response.

A 2006 resolution grants the General Assembly the power to suspend a state from the Human Rights Council for “gross and systematic violations of human rights.”

The rare decision, Western diplomats say, further isolates Russia on the global stage since its invasion of Ukraine on Feb. 24. Russia’s suspension is effective immediately, and it means that it cannot vote on measures in the Council, among other bans.

Warning that they would abstain, India, Egypt, Senegal, Brazil and Mexico argued it was too soon to vote on such a proposal and that investigations into the allegations should be conducted beforehand.

Chile, who voted in favor, said the invasion of one state by another one “contravenes international law.”

The European Union, also speaking for Norway, Iceland and a group of Balkan states, accused Russia of bombing schools and hospitals, committing “war crimes and other serious violations,” and called on Moscow to withdraw its troops from Ukraine.

France said after the vote that it “hails” this “courageous decision.”

Thomas-Greenfield of the US said after the vote: “This is an important and historic moment. Countries from around the globe have voted to suspend Russia from the UN Human Rights Council for its gross and systematic violations of human rights. We have collectively sent a clear message that the suffering of victims and survivors will not be ignored.”

Russia announced after the vote to suspend it from the Council that it was “withdrawing” from the body. Britain’s ambassador said in response, “That sounds like someone who has just been fired, tendering their resignation.”

“Withdrawal does not negate suspension,” Canada said as well. It remains unclear if Russia can actually withdraw after it has been suspended. A withdrawal can mean that the seat is vacated and a new country can be elected to take Russia’s place.

This article was co-posted with Geneva Solutions. 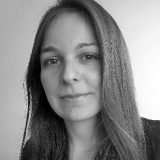 Michelle Langrand is a journalist for Geneva Solutions. 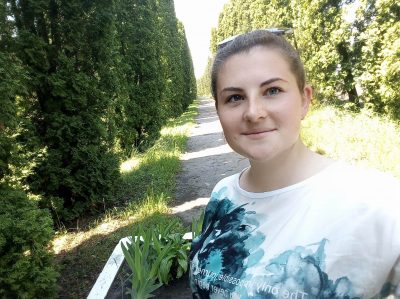