The Washington-based Feminist UN Campaign has been grading the performance of United Nations Secretary-General António Guterres since 2017. And he’s not exactly excelling. The group’s 2021 report card gave him a big B-. In 2020, he at least earned a solid but boring B.

Hastening to put that B- in perspective, the campaign, an arm of the International Center for Research on Women, a nonprofit group, noted that Guterres has nonetheless “set a high bar for future secretary-generals to exceed.”

Overall, he has “given greater prominence to gender equality and women’s rights in his speeches, appointed women leaders to top positions and encouraged male leaders to be feminists, [and] integrated a gender perspective into Covid-19 response and recovery planning.”

Last year was significant as the pandemic continued to rage and vaccines were slowly rolled out in mostly rich countries.

However, Guterres had room for improvement as he embarked on his second five-year term in January. The current report card sees Guterres’s new mandate as an “opportunity for transformative leadership” and, in short, calls for him to be “bolder.” The campaign, for example, regrets Guterres’s rather rhetorical support of Afghan women as the Taliban took over the country in August 2021. The report calls for Guterres to be “bolder” in his policies toward the protection of Afghan women as well as Afghan women UN staff.

The Feminist UN Campaign describes itself as bringing together thinkers in civic organizations, philanthropy and academia with former UN staffers around a shared agenda favoring women’s rights and gender equality, along with feminist leadership, at the UN.

On articulating and implementing a feminist leadership agenda, Guterres’s grade dropped from an A- in 2020, as his policies highlighted a gender-sensitive Covid-19 recovery plan, to a B in 2021. While Guterres advocated a “renewed social contract anchored in human rights,” the report card notes, it found a lack of meaningful consultation and collaboration with civic groups and calls for member states to include women in civic society in their delegations.

The report card also mentions that the language Guterres used “prioritized the protection of women, as opposed to their autonomy, participation and active consultation in the design and implementation of solutions.”

Guterres’s achievements in feminist implementation and accountability for the Sustainable Development Goals dropped from a B- to a C+. Accountability was a major issue, especially holding “member states accountable for violations of human rights,” the report card added.

Looking at the use of feminist leadership (which is broken down between parity within the UN and women’s rights protection both inside and outside the UN), the grade dropped from a B+ to a B.

In terms of parity, Guterres’s personal commitment, which he’s been advocating since he was Portugal’s prime minister, he gets an A-, his highest grade. But the assessment falls short of praising this achievement; although women account for more than 40 percent of UN workers, it culminates at 13 percent for highest-level jobs.

Human and women’s rights protection dropped from C+ to C-. The report card mentioned that: “Guterres should be more outspoken on human rights in his second term, particularly on key issues like sexual and reproductive health and rights and LGBTQIA+ rights.” A lack of “intersectionality” in Guterres’s policy is also highlighted as he “falls short of recognizing the full spectrum of gender-based violence, including violence against transgender women, non-binary people, and men and boys.”

Internally, “staff remain disillusioned with the leadership’s dedication to changing the UN’s macho culture of impunity,” as sexual harassment and abuse remain top issues within the UN, the report card says. Women working for the UN remain “profoundly mistrustful of [the] justice mechanisms in the system, and are fearful of retaliation,” the report card adds.

Guterres’s grade on feminist transformation for the UN Women entity dropped from a C to a D. Transparency was a major problem. The appointment by Guterres in September 2021 of Sima Sami Bahous, a Jordanian diplomat, as UN Women’s new executive director, led to a backlash after women citizen groups’ numerous demands for transparency on the selection process were ignored, the report card said. (Bahous has meanwhile been ducking requests from reporters covering the UN to describe the agenda she promised to present at the end of 2021.)

As for financing of gender equality, Guterres’s grading has seen a slight uptick. But “UN Women’s impressive growth still leaves it short of the resources required to meet demand and requires realistic strategic planning,” the feminist group argues.

On promoting the freedom of information in the UN system, Guterres saw a lift from B- to B+. The report card noted “increased efforts to promote access to data, resources and meetings/conferences through virtual platforms.” However, the report card calls for greater efforts to ensure that citizens without internet access can still meaningfully engage and participate in UN conferences and events.

Guterres responded to the new grade, saying in an email to PassBlue that “he took notes of the assessment” and holds engagement with women civil society at the core of his agenda. He emphasized key measures on his agenda, including women’s security and “rethinking tax reforms and GDP to value unpaid work.” 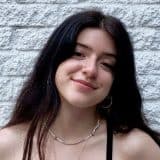 Emma Beilouny is a senior at McGill University, in Montreal, who is working on a double B.A. in political science and World Islamic Studies. This is her first article for PassBlue.