A major effort to reform the use of the veto in the United Nations Security Council came to fruition in a rare move on April 26, when the General Assembly adopted a resolution by consensus to raise the political cost of exercising the veto by the five permanent members of the Council: Britain, China, France, Russia and the United States.

The goal of the “veto initiative,” which was launched in 2020 by Liechtenstein, is to ensure that when the Council reaches a dead end on taking action in a crisis or other critical global problem through using the veto, that those responsible for blocking progress are held to account in the 193-member Assembly. All UN member countries have an equal say in that body, and no one has a veto.

The initiative is unusual as a UN reform proposal because of its feasibility. Most proposals responding to Council shortcomings require amending the UN’s Charter — not a realistic prospect, given the veto powers. The new arrangement is popular because it does not require such reform and instead places the emphasis on strict fulfillment of the Charter’s envisaged role for the Assembly.

Liechtenstein diplomats floated the idea two and a half years ago, spurred by the inability of the Council to act to resolve the Syrian war. Liechtenstein said it wanted to propose the plan in March 2020, but then the pandemic hit. After more negotiations, the country said that it formally proposed the idea to all member states on March 3, 2022, with 15 other authors: Australia, Bulgaria, Costa Rica, Denmark, Estonia, Ireland, Kenya, Kuwait, Latvia, Liechtenstein, Malta, Mexico, New Zealand, Qatar, Sweden and Turkey.

Just a few weeks later, the resolution passed with 83 co-sponsors from every UN regional group, including the permanent members Britain, France and the US.

Christian Wenaweser, who has been Liechtenstein’s envoy to the UN for nearly 23 years, said in remarks right before the resolution was adopted that it “creates a standing mandate for the Assembly to be convened automatically, within ten working days, every time a veto has been cast in the Security Council.”

Specifically, the country responsible for the veto is “invited” to the ensuing Assembly debate to speak first, and the mechanism will apply to any and all such votes exercised, regardless of the substance of the resolution killed in the Council. It will take effect immediately.

“There is no desire to join the consensus,” Gennady Kuzmin, a deputy ambassador for the Russian mission to the UN, read from a prepared speech after the resolution’s adoption. “In this regard, we are convinced that it is not the veto that should be criticized, but the unwillingness of some members of the Council to hear and take into account the opinions of others, to find compromise and balanced solutions, which often leads to the forced need to apply the veto.”

Wenaweser said after the adoption that he and the resolution’s sponsors would have preferred a vote by the Assembly, but that some countries may not have wanted to put their vote on the record, and “consensus is always the good outcome.”

How soon will the initiative be tested? “I really don’t know,” Wenasweser told PassBlue. “We are not happy to see vetoes and therefore a need for the General Assembly to apply this mechanism. We will start thinking together with our friends pretty much immediately after the adoption about how this is best applied, if need be, but when that will be the case I really don’t know.”

The results of an Assembly debate are meant to be open-ended, Wenaweser noted in a media briefing on April 20, although the goal is to help promote the role of the UN and multilateralism, he added.

Indeed, the initiative’s authors hope that it will spur a wider debate as to whether the Council should not only reconsider the use of the veto but also open space for “innovation,” Wenaweser added.

We asked Liechtenstein's ambassador to the UN:
How soon do you think the new veto initiative will be tested?#UNGA #UNSC #Russia #UN pic.twitter.com/k8XMJbC5LO

The Russian invasion of Ukraine in February certainly mobilized support for the initiative. Not surprisingly, Russia has vetoed Council action to address the appalling destruction that its troops have been wreaking in Ukraine since Feb. 24, sparking widespread outrage. As a sponsor, Ukraine is a committed supporter of the veto initiative, which appeared to have been galvanized further by Ukraine President Volodymyr Zelensky’s powerful April 5 speech to the Security Council. In that setting, he urged countries to act immediately to restore the power of the UN Charter, or the UN may as well be “dissolved.”

Before the invasion, there was already a troubling pattern of increasing veto use, blocking action on Syria, Venezuela, the Middle East (including Palestine) as well as the thematic issue of climate and security.

The Council’s primary job is to maintain international peace and security, but with the body increasingly paralyzed, grudging acceptance of the permanent members’ privileges is now stretched to breaking point. Since the Cold War ended in 1991, 49 proposals have been blocked by the veto in the Council, with more vetoes cast in the last decade, mainly by Russia and, to a lesser extent China, in the 20 previous years, when the US was the most prolific.

Since 2010, 38 vetoes have been cast, blocking 27 draft resolutions: 23 by Russia, 11 by China and 4 by the US, according to Security Council Procedure, an independent research entity.

The resolution could complement the “Uniting for Peace” mechanism, which is also meant to strengthen the relationship between the General Assembly and the Security Council. It originated in 1950 and allows the Assembly to step into profound security gaps left by the Council and was recently invoked in the case of Ukraine. There have been many occasions when a veto has been cast and the Uniting for Peace route has not been invoked, however, and such instances will now activate the veto initiative.

A specific Assembly debate on the use of the veto will enhance global public scrutiny of the actions of a permanent member or members. It will also act as a reminder that, according to the UN Charter, the Council serves on behalf of the wider UN membership. The effect could give the so-called P5 members a reason to exercise more restraint on using the veto.

Once an Assembly debate is held, it may decide to take further action, including the Uniting for Peace route, which has yielded strong outcomes in the past. That includes mandating peacekeeping forces, commissioning inquiries or removing countries from privileged UN roles, a step that the Assembly took on April 7, suspending Russia from the Human Rights Council.

Britain, France and the US, of course, will also be invited to an Assembly debate if they use the veto. And while the new resolution will not alleviate the need for wider UN reforms, it supports a more inclusive approach to maintaining peace and security and asserts the Assembly’s role as the central UN organ that the Council should answer to, especially when a member wields the veto. Yet countries that support measures for a more assertive Assembly should be careful to ensure that they are not used solely as tools taken by the West to isolate Russia.

Rather, the veto initiative’s backers should demonstrate that they are willing to address the broader questions of P5 privilege and inequality in the UN system. Preparations for the Summit of the Future, to be held in September 2023 at the UN, could provide a framework for such a conversation. 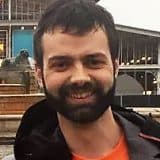 I think this is an idea which will go nowhere. Every country is not equal, the vote also cannot be equal in weight.

What about the proviso in the resolution that creates or at least appears to create the exception that the measures don’t apply when the GA is discussing the matter in an emergency special session? Is this a “loophole”? Will the provisions of the resolution be fully implemented in the case of the war against Ukraine that is currently being discussed in the GA’s 11th emergency special session?

Hopeful news for a change. Will the UNGA implement it successfully?

That is a foolish idea. Why a vote by Liechtenstein should be equal in weight compared to China, India or USA or many other countries. Liechtenstein (less than 39,000 people), China 1.5 billion people. Some villages in India have more people than the entire country of Liechtenstein.