With the International Day for the Elimination of Sexual Violence in Conflict approaching on June 19, it is time for governments to push harder to impose targeted global sanctions against perpetrators of sexual violence in conflict.

Conflict-related sexual violence is gaining renewed attention amid reports of sexual violence by Russian forces in Ukraine. While these horrific acts do not happen in every war, the trend goes far beyond Ukraine. Civil conflicts in Ethiopia, South Sudan, Syria and Myanmar have all featured alarming reports of widespread rape.

Sexual violence is often a sign that fighting is escalating. Impunity for acts of sexual violence also has dire consequences for people in conflict zones. This form of violence is therefore a wider threat to peace, stability and reconciliation that the United Nations and individual member states need to address directly.

In a recent research project, we looked at the case of Myanmar to examine how the international community uses sanctions to respond to reports of sexual violence in armed conflict. We found that individual governments do not maximize the full potential of these sanctions and that more direct sanctions against perpetrators can increase accountability for widespread human-rights violations.

The Myanmar military, known as the Tatmadaw, has an abusive and repressive streak that stretches back decades, as does its well-documented history of sexual violence against ethnic groups and political dissidents. In 2017, the Tatmadaw conducted military “clearance” operations that razed Rohingya Muslim villages and drove nearly a million refugees into eastern Bangladesh. Soldiers routinely committed torture, rape and other forms of abuse and sexual violence against the Rohingya and members of other marginalized communities in the Rakhine and Shan states of Myanmar.

UN reports have drawn attention to the high rates of sexual and gender-based violence in Myanmar, which investigators call “a hallmark of the Tatmadaw.” But beyond that, the UN Security Council has failed to act against the Tatmadaw despite overwhelming evidence of the military’s violence. Russian and Chinese obstruction in the Council often prevents Myanmar from even being discussed in the body. High-minded rhetoric at the UN, also primarily in the Council, on conflict-related sexual violence and the women, peace and security agenda has achieved little to stop the atrocities in Myanmar.

The United States and other partners sanctioned some Tatmadaw commanders for their crimes against the Rohingya. However, it was hardly part of a coherent multilateral response. Indeed, sanctions by the European Union, the US and Canada after the 2017 Tatmadaw campaign against the Rohingya were carried out slowly on a mostly ad hoc basis.

The haphazard response by major Western governments and regional blocs arguably gave the Tatmadaw a feeling of invincibility that contributed to its brazen coup in February 2021, deposing an elected government from power.

The US, EU, Canada and Britain stepped up their sanctions after the coup, issuing multiple rounds of sanctions against Tatmadaw leaders and affiliated entities. But civil society organizations in Myanmar emphasize that sanctions must hit the Tatmadaw’s key sources of power and revenue, such as oil and gas operations, which so far have gone largely untouched.

The US, Canada and Britain also have such laws as the Global Magnitsky Act, which enable sanctions to be imposed on individuals and groups responsible for human-rights abuses. These laws are nimble tools that can avoid harming entire countries. But they have been underused in Myanmar.

These laws can also deny the Tatmadaw legitimacy by treating the military as a rogue actor and not as the official governing authority of the country. For example, more traditional sanction regimes, such as the Canadian Special Economic Measures Act, implicitly recognize the military junta as the legitimate government. Denying the Tatmadaw international recognition and legitimacy must be part of an integrated approach to sanctioning the military.

Finally, a comprehensive response to conflict-related sexual violence should include technical and financial support for women’s organizations. Many of these groups stopped all their activities after the Myanmar coup while others have shifted their priorities to protecting and assisting women peace-builders amid Tatmadaw violence. Rebuilding these organizations and empowering women through direct aid is critical to reducing the risk of further abuse. Canada’s new law allowing the use of seized and sanctioned foreign assets for compensation to victims could be a crucial step in this direction.

Conflict-related sexual violence causes deep, lasting damage to vulnerable populations and societies. It is a problem that deserves substantive attention from the international community and that is backed up by sound and effective policy. Only a smart, integrated approach to targeted sanctions can begin to build a culture of accountability around these devastating crimes. If there is hope for punishing and curbing conflict-related sexual violence in Myanmar, there may be hope for addressing abuses emerging from Ukraine and elsewhere. 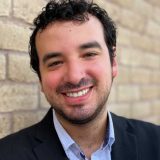 Daniel Salazar is a research assistant at the Georgetown Institute for Women, Peace and Security. 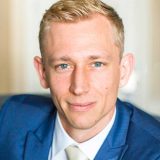 Robert Nagel is a 2020-2022 postdoctoral fellow at the Georgetown Institute for Women, Peace and Security, where his research project examines women’s impact on peacekeeping missions’ effectiveness, particularly on the missions in the Central African Republic and the Democratic Republic of the Congo.