In September 2023 — a mere 15 months from now — the United Nations’ 193 member states are expected to convene a Summit of the Future during the General Assembly’s annual high-level week in New York City. At a series of thematic consultations held in February and March 2022 by the president of the General Assembly on Secretary-General António Guterres’s groundbreaking report, “Our Common Agenda,” government representatives called for an “inclusive intergovernmental process” and for the 2023 summit to adopt an “ambitious, action-oriented, future-oriented and tangible outcome document with a view to improving global governance.”

Not since the UN60 Summit, held in September 2005 in New York City, have world leaders gathered to consider systemic reforms across the world body’s three pillars of peace and security, sustainable development and human rights. To better deal with today’s pressing issues such as great-power tensions, extremist violence in fragile states, pandemics, the prospect of runaway climate change, cross-border economic shocks and more sophisticated cyberattacks, the Summit of the Future will need to identify the best ways to marshal the world’s talent and resources with new voices, tools, networks, knowledge and institutions.

Adapting our aging but essential UN system to current and emerging crises will require far-reaching institutional, legal, policy, normative and operational (including financing-related) changes. Simultaneously, these changes must complement and help to deliver on the 2030 Agenda for Sustainable Development and the Paris Climate Agreement. Against this backdrop, Our Common Agenda proposes some 90 timely ideas to upgrade governance for issues that transcend borders, including a new Agenda for Peace, a Declaration and Special Envoy for Future Generations and a Global Digital Compact.

At the same time, most of the secretary-general’s ideas require fleshing out, and several global areas of concern warrant entirely new thinking. Without such creative suggestions, next year’s summit risks merely tweaking the international system rather than capitalizing on this once-in-a-generation opportunity to weigh seriously more ambitious solutions to the world’s wide-ranging problems.

In this spirit and building on research initially undertaken for the Albright-Gambari Commission on Global Security, Justice and Governance as well as a subsequent global and regional policy dialogue series, the Stimson Center has launched Road to 2023: Our Common Agenda and the Pact for the Future. Enriching and charting pathways for the reform proposals presented in Our Common Agenda and beyond, the 20 recommendations expounded in Road to 2023 are designed to encourage deliberation on global governance innovations in the run-up to next year’s summit. They include:

• Increase representation in the Security Council for stronger collective security: The Council must reflect today’s geopolitical realities. The Summit of the Future, with impetus from the Russian invasion of Ukraine of Feb. 24, can offer a much-needed deadline and political momentum for both curbing misuse of the permanent five’s veto authority and expanding the Council’s elected members by six (with a proposed 21 members in total), while allowing for the immediate re-election of all nonpermanent members.

• Accelerate equitable socioeconomic recovery through a G20+ biennial summit: Convene a biennial summit among the Group of 20, the UN’s 193 member states, the secretary-general and heads of international financial institutions (IFIs) during the General Assembly’s annual high-level week to ensure a more sustainable, resilient global economy. Equally important, a small, full-time UN-G20-IFIs secretariat should support a G20+, cultivating, disseminating and preserving knowledge and consensus around agreed norms between summits.

• Rethink the UN bodies for enhanced climate governance: Parties to the UN Framework Convention on Climate Change and the annual Conference of the States Parties (COP) should allow such decisions as the near-unanimous agreement at COP26 to phase out coal production, to be adopted by a qualified majority without being thwarted by a holdout minority. Greater engagement by civil society advocacy groups and mayors are also needed to ensure stricter multilateral climate agreement accountability.

To prepare for the September 2023 Summit of the Future and maximize its effect, Road to 2023 suggests seven steps:

• Set up a small UN secretariat team with expertise in communications and in the four thematic committees.

• Promote the findings globally and the recommendations of the high-level advisory board on effective multilateralism, which is scheduled to issue its recommendations in early 2023, before the Summit of the Future.

• Encourage an ambitious coalition by promoting civil society participation in national delegations and in other forums worldwide, so that their proposals are considered by governments.

• Adopt a Pact for the Future and other strategic frameworks for global action at the summit to ensure concrete, measurable and adequately resourced commitments across the four thematic areas.

• Establish summit follow-through mechanisms to ensure coordination, monitoring, financing and other actions to carry the pact and other agreed commitments forward.

Striking a balance in the agenda for next year’s Summit of the Future — among national interests, global public goods and enlightened global leadership — will not be easy. The summit’s proposed Pact for the Future will not resolve today’s colossal global problems overnight, but it could propel a series of events and pave the way for a productive overhaul of our international system and the laws and norms underpinning it. We cannot afford to aim for less, because nothing less than humanity’s future hangs in the balance. 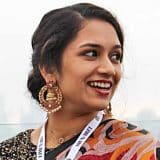 This idea needs more support: “encouraging countries to rank options according to criteria involving desirability, policy impact, urgency and cost.” The UN cannot do everything but can support essential priorities. You could set up an “other” group of lower priorities that some might also lead on. But strategic planning is important. Hope this approach gets adopted.