OUAGADOUGOU, Burkina Faso — As the Economic Community of West African States (Ecowas) announced a lifting of sanctions against the Malian military junta on Sunday, the news may be especially welcome to the nearly two and a half thousand West African peacekeepers who remain in limbo as a result of the regional tensions. Since February, Mali’s military junta has refused flight clearances to those governments in the area that enforced sanctions against the country. That has meant that peacekeepers from numerous Ecowas countries have not been able to rotate in or out of the United Nations peacekeeping mission in Mali, called Minusma.

The sanctions were imposed by Ecowas in January in reaction to Mali’s leadership proposing to delay a transition back to democratic governance in the country until 2026. Last month, Mali’s government revised the timeframe to 24 months, and at an Ecowas summit on July 3, the 15-member organization announced an end to the economic and financial sanctions against Mali. West African countries hope that this news can resolve the issue of the rotation delays, which officials from the region have warned may lead to lowered troop morale, disciplinary issues and reduced operations for Minusma if the postponements continue.

In a recent report by UN Secretary-General António Guterres, he expressed concern about the “continued threats to the safety and security of United Nations personnel and humanitarian workers” in Mali, one of the most dangerous missions in the world. More specifically, he called on the “Malian authorities to urgently allow the rotations of MINUSMA’s uniformed personnel from West Africa, some of whom have been deployed for up to an additional four months, with serious adverse effects on morale and welfare, in an already extremely challenging environment.” The blockage in troop rotations occurs amid a recent monthlong spate of deadly attacks against peacekeepers, particularly on logistics convoys hit by gunfire and IEDs, or improvised explosive devices. [Update, July 5: An IED hit a Minusma convoy in the north, on the Tessalit-Gao axis, killing two Egyptian peacekeepers and injuring nine others from the contingent; the UN said 10 peacekeepers have died in Mali in the first six months of 2022 from attacks]

The report, addressed to the Security Council, notes that since Feb. 24, 10 contingents from the West African region have been unable to obtain the necessary flight-landing clearances from the Malian government. As a result, 2,480 peacekeeping troops originally scheduled to rotate in recent months have had to extend their deployment time indefinitely. So far, the troop rotation issue has affected seven countries: Senegal, Liberia, Côte d’Ivoire, Nigeria, Benin, Togo and Ghana, all Ecowas members. (In May, Benin announced it was withdrawing its troops from Minusma by 2023, citing the deteriorating security situation.)

Nearly half of the 14,000 uniformed personnel in Minusma come from West Africa and officials from the area have been vocal about the challenges. In a Security Council meeting in April, Ghana’s representative to the UN, Harold Adlai Agyeman, described the situation as “disturbing” and called on Malian authorities to facilitate the rotations without further delay.

“It is important that this issue be resolved with the necessary urgency as the delays in the rotation of our troops are affecting the morale of the personnel concerned and risk compromising our operational effectiveness, at a time when more than ever no effort must be spared to improve the security situation,” Olivier Salgado, a Minusma spokesperson, told PassBlue by email. “We continue to reach out to the authorities for the speedy resolution of this problem, keeping in mind that the troops are here not on an ECOWAS operation but UN one.”

Personnel movement issues have been an increasing concern for Minusma. Guterres’s recent report also criticized “increasing restrictions in its freedom of movement outside of air corridors,” notably in central Mali, where Minusma’s civilian personnel have attempted to travel to investigate allegations of extrajudicial killings associated with the Malian armed forces and the Wagner Group, the Russian paramilitary organization linked to the Kremlin. Guterres further expressed concern about the mission’s air capacity and medical evacuations, which have sometimes, according to Minusma insiders, relied on air support from the French counterterrorism mission Barkhane. The operation is set to depart Mali soon. Mali’s ambassador to the UN, Issa Konfourou, said in June that Mali would not allow Barkhane to offer air support to Minusma.

“For MINUSMA to continue its mandate, it is necessary that the Malian transitional authorities also take their responsibilities, allow the Mission access to its areas of operation, and continue the dialogue with ECOWAS for a return to the constitutional order,” Nicolas de Rivière, France’s permanent representative to the UN, said in a statement minutes before the resolution renewing the peacekeeping mandate was voted on in the Security Council, on June 29. Russia and China abstained from voting on the resolution, which was drafted by France and extends Minusma’s operations until June 30, 2023.

Earlier this year, we conducted research of peacekeepers who had been deployed on missions throughout Africa, interviewing hundreds of those who have returned to their countries in West Africa after their military stints abroad. We consistently found rotation delays to be a top personal stress for soldiers. This finding is mirrored in recent warnings from leaders in West Africa about lowered troop morale as a result of the rotation postponements in Minusma.

These problems currently plaguing Minusma are part of a broader pattern of rotation delays experienced by West African troops in recent years. Like soldiers from other parts of the world, many West African peacekeepers had their time in peace operations unexpectedly extended during the initial Covid-19 outbreak, in 2020. Before Covid, West African countries experiencing Ebola outbreaks were also forced to delay troop rotations. Sierra Leonean troops, for example, stayed on deployment in Somalia, as part of the African Union Mission in Somalia (Amisom), for 22 months — an exceptional length for contemporary peacekeeping, which generally involves 6-to-12 month deployments.

The adverse morale effects identified in our research as a key concern of rotation delays is compounded by the volatile environment in Mali. Minusma has been labeled the most dangerous continuing UN mission for the last eight years because it has the highest personnel fatalities. The deployment period of the soldiers now delayed from returning home is no exception to this pattern. Last year, the UN operation claimed the highest number of deaths from IEDs since the mission’s inception in 2014, and of the 21 peacekeepers who died from “hostile acts,” or attacks, last year, 19 came from West African countries, according to data shared by Minusma with PassBlue.

In our interviews with peacekeepers who have had their deployment unexpectedly extended, they described the stress of feeling in limbo. Rotation delays due to changing circumstances, such as the issue in Minusma, often do not have a new date scheduled. For some contingents, such as the company from Liberia based in Timbuktu, this indefinite state has meant more than 16 months’ deployment. These open-ended returns also have knock-on effects for families back home, who can be burdened by the delays.

Officers leading units who had been suddenly delayed described the difficulty in maintaining morale on the mission. A Sierra Leonean captain, for example, who was in charge of a unit that was extended in difficult Somalia terrain because of Ebola called it “the worst news I had to report,” triggering negative reactions and disciplinary issues in the contingent.

While soldiers from West Africa are generally paid by their country a significantly higher monthly wage while on peacekeeping deployment than they are paid as soldiers working at home, many of them have described extended months on missions as challenging.

As a Sierra Leonean lance corporal said of his lengthy time in Amisom, “My family did not know if I would die there,” he said, adding “never mind the money, I just wanted to get back.”

Clair MacDougall is an independent journalist who reports throughout Africa and is now based in the Sahel region, reporting on the security and humanitarian crisis there. She holds an honor’s degree in political theory and a master’s degree from the Columbia Graduate School of Journalism. In February 2021, she won an award from the International Center for Journalists for her article on the first official death of a UN peacekeeper from Covid-19, published in PassBlue and The Daily Beast. 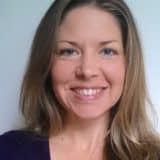 Maggie Dwyer is a lecturer in the School of Social and Political Science at University of Edinburgh. Her work focuses on politics, security and development in Africa. She leads the Economic and Social Research Council-funded project titled “Return From Peacekeeping: Mission Effects on Veterans, State and Communities.” She is author of the book “Soldiers in Revolt: Army Mutinies in Africa” (Hurst, 2017).