The recent agreement between the United Nations and Türkiye to enable the export of grain from Ukraine is a hopeful sign of more active mediation by countries to mitigate the raging conflict in that country. But this step, while important, is not enough to mask the inability of the UN and other global players to bring together the two warring parties to begin considering a wider cease-fire. And the war in Ukraine is Exhibit A to a broader phenomenon — the intensifying fragmentation of the world into different “camps,” a significant decline in the ability to reach multilateral solutions and the damaging spread of disinformation.

Several tools are available to address international conflicts. These include institutions such as the International Court of Justice and the Permanent Court of Arbitration, as well as conflict-resolution mechanisms embedded in many treaties and international agreements. But these tools work only if both parties trust that their interests will be treated fairly and if they voluntarily accept third-party involvement. In most serious conflicts today, such trust is lacking.

Other tools to avoid a conflict are mediation and preventive diplomacy.

Chapters VI and VII in the UN Charter give the Security Council the mandate to actively address conflicts in various ways. But as Mary Robinson said as chair of The Elders, another mediation group: “The Security Council . . . is seen by many as not being fit for purpose. Too many members, not least those with the special responsibility of holding Permanent Seats, treat it as a forum for advancing their own narrow interests rather than a means of addressing common challenges.”

The UN is indeed engaged in mediation efforts. The secretary-general can take action himself or appoint special representatives and envoys to carry out such work on his behalf. The European Union has a conflict prevention, peace and stability policy that is engaged in numerous activities worldwide, while some countries, like Norway and Switzerland, have built a solid reputation as peace brokers. Former prominent politicians offer their mediation services to prevent or end conflicts. Several international and regional organizations also offer advice, support and training on the prevention and/or resolution of interstate or intrastate conflicts. Some of them have chalked up impressive results.

But there is need for more work. According to the Uppsala Conflict Data Program, there were 56 state-based conflicts in 2020, 30 of them in Africa. The UN high commissioner for refugees, Filippo Grandi, recently counted 100 million forcibly displaced persons worldwide. These are the most visible effects of violent conflicts. Human suffering in general, with missed education possibilities and faltering health systems, is enormous, while the economic costs are running in the trillions. The pandemic has worsened the suffering worldwide.

Other factors contribute to this bleak picture. The climate crisis is widely considered to be a threat multiplier of even more violent conflicts to come. The scarcity of precious metals and other raw materials essential for the green energy transition represents another source of instability, while the growing disparity within and among countries leads to national and international tensions. Never before has humanity faced a world as interconnected as today, yet it is also a globe politically polarized and socioeconomically divided.

A group of former diplomats and experts from 13 countries — Afghanistan, Bangladesh, Britain, Chile, Egypt, Guyana, Ireland, Jamaica, Kenya, Mali, Netherlands and the United States — met at the Bellagio Center this summer to attend a workshop sponsored by the Rockefeller Foundation. Inspired by the example of the 13 doctors and journalists who in December 1971 created the Nobel Prize-winning Médecins Sans Frontières (Doctors Without Borders), the recent attendees at the workshop concluded that an organization bringing together former diplomats and supported by experts could provide fresh, niche services to strengthen international peace and stability efforts.

These services would be offered not so much by the organization itself but by its individual members. They would contribute their professional skills and expertise to a given conflict, using the abilities they acquired during their careers working in diplomacy at headquarters or in the field. They would also offer networks of other experts they built up during their career. The services would focus on strengthening conflict prevention and resolution capacities, offering advice and training while providing a forum for worldwide dialogue.

The participants all signed the Bellagio Declaration, containing the main principles to guide Diplomats Without Borders.

Diplomats Without Borders will set up a roster of its members available pro bono to assist in prevention and mediation work. The members could be called upon by parties in a conflict or by active mediation and peace-building players who are interested in a specific experience and network of a particular member. The organization would also offer the services of its members in public-private conflicts, between a national or regional government and private companies.

We plan to establish a database where members interested in offering training can register their areas of competence. The database will be shared with the many parties providing high-quality training on a range of subjects. These parties can enrich their training by calling on fellow members who have been practitioners themselves for many years and no longer have any official affiliation with a formal organization. The goal is to create a more level international playing field.

Diplomats Without Borders also aspires to become a community of practice on diplomacy. By offering a global platform for discussions on diplomatic topics, we would also provide a much-needed independent, safe space in these times of growing polarization and us-versus-them rhetoric. Because of its global membership, the organization would give equal access to all schools of thought, stimulating dialogue and mutual understanding in a secure setting.

What are the next steps? Expanding the membership, paying particular attention to gender balance and a truly global composition and finding partners. We are counting on your support!


We welcome your comments on this article..  What do you think of this?

We welcome your comments on this article..  What do you think of this? 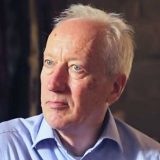 Kees Rade is a former Dutch diplomat who is chairman of the board of Diplomats Without Borders. He was educated at the University of Amsterdam. His email is: k-pr@hotmail.com

Such a great initiative – it can build on those that have come before that helped to create a UN devoted to peace and international human rights.

This is just a fascinating initiative. It is laudable for demonstrating that diplomacy may achieve workable solutions to conflicts and disputes when force cannot – when force is not only destructive but ineffective. More generally it poses real options for real issues, opposing the depressing trend to sweeping, ignorant appeals to our basest human instincts. Chapeau!

Diplomats without borders is an interesting strategy but will not be strong enough to end wars and eliminate nuclear weapons. This will require changes, or replacement, of the UN Charter itself. The diplomats should educate governments about Article 109-3 to launch UN Charter Review using the EARTH CONSTITUTION as a model and guide for the desperately needed “new UN.”

I firmly believe that the UN General Assembly can lead the way to establish the urgently needed “new UN.” Diplomats Without Borders can help empower the General Assembly which should boldly grant itself voting rights with real governing authority. Frankly, the UN Security Council cannot be trusted, with a proven record of failures even from the UN’s beginning when the US mocked the UN Charter by the ruthless atomic bombing of Hiroshima and Nagasaki.

I hope Diplomats without Borders is in touch with the UK-based Independent Diplomat organisation. Good news for action as opposed to the crowded field of commentary.