One year has already passed — this is a milestone. But for Afghan people who have suffered so much under the capricious and pernicious Taliban regime, this is much more than a milestone; it is a millstone.

What does the record show?

A year of broken promises.

A year of systematically eroding the human rights of women and girls. A year in which the immeasurable potential of Afghan women and girls has been suppressed, sidelined and suffocated.

The title of Amnesty International’s recent report about women and girls under Taliban rule captures the grim reality: “Death in Slow Motion.”

In the Security Council, we unfortunately know all about slow motion. The Council’s mandate — the maintenance of international peace and security — is soaring. Its performance is often anything but.

At that imperfect table over the last year, I regularly and resolutely defended the human rights of the Afghan people. I have spoken out against the decimation of the rights of women and girls.

As an elected member, Ireland worked assiduously to make sure that the mandate of the UN Assistance Mission in Afghanistan, Unama, was directly informed by the fearless activism of Afghan women. They needed an active UN presence on the ground, a bold UN, committed to promoting and protecting human rights. That is what we have now mandated the mission to do.

Ireland has also pushed for accountability for the actions of the Taliban. This cannot be business as usual. That is why, despite strong opposition, we pushed for significant change to the regime that allows sanctioned Taliban leaders to travel. The changes included reinstating the travel ban on the leaders most involved in the unconscionable and continued policy of denying Afghan girls their fundamental right to an education. They have already lived through 333 days of deprivation.

Last August was a time of utter despair for the people of Afghanistan. Thousands of people trying to escape their country. Women in the airport with their children and their families trying to find a way out; women hiding in their homes; women sleeping in the streets; women fighting for peace and human rights even if it risked their lives.

As I conclude my term as permanent representative of Ireland, I know I never will forget these women.

A year on, I fear the international spotlight has dimmed. A year on, the fear, despair and righteous anger of Afghan women grows. At the Security Council, in these United Nations, we need to match their energy and reignite that fire. The question I ask myself is: What is the Afghanistan we are not seeing? What do we not know? Whose voices are we not hearing? I devoted considerable energy to seeking answers to these questions by engaging regularly and directly with Afghan women leaders. I heard and heeded their counsel. The Taliban have denied these women their rightful seat at all decision-making tables. The international community must not be complicit in this erasure.

In June 2021, another Afghan woman, the courageous Adela Raz, was the UN permanent representative of Afghanistan. Adela unveiled Afghanistan’s official gift to the UN, where the artwork hangs in a light-filled hallway. Looking back, its title is as poignant as it is portentous: “The unseen Afghanistan.” To this day, I cannot walk past the painting without stopping. I only wish its emotional force resonated more powerfully in the Security Council chamber upstairs. The art depicts the hopes and dreams of what was then “the new Afghanistan,” including the image of a girl in school.

Truly and tragically, this is now the Afghanistan we cannot see. When will the Afghan people, Afghan women and Afghan girls, ever see it again?


We welcome your comments on this article.  What do you think the Security Council could do to help Afghan women and girls? 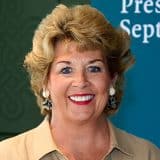 Geraldine Byrne Nason is Ireland’s ambassador to the United Nations.

Good article! There is absolutely no Islamic religious justification for the denial of education to girls and women. Since pressure brought by the international community to respect this and other basic human rights has largely been seen as Western by the current regime, the international community might consider more concerted efforts via using an Islamic consortium of nations who could argue from the same theocratic framework, which would undoubtedly be more palatable for the Taliban, and more difficult to argue against. Aid must necessarily be contingent upon respect for universal human rights and the powers that be must not waver from that commitment and from their commitment to the women of Afghanistan. Most importantly, the Security Council and the international community must listen to Afghan women themselves in the diaspora and on the ground via local partners. They know what they want and need and they have the best solutions. Notwithstanding, their almost total and utter erasure from public life, society and their total disempowerment politically and otherwise must be countered with carrot and stick policy.