After three weeks of negotiations at the United Nations headquarters, the 191 states parties to the Treaty on the Non-Proliferation of Nuclear Weapons (NPT) failed to adopt a final document at the 10th review conference of the NPT, held from Aug. 1-26. Given the toxic international context and the increased nuclear threat, this failure is not good news for the nuclear nonproliferation regime, which came into force in 1970. The Swiss ambassador to the Conference on Disarmament in Geneva, Félix Baumann, spent the whole month of August in New York City. Here are his comments on this disappointment for multilateralism. — STÉPHANE BUSSARD

This article was published through a Creative Commons license via Geneva Solutions and Le Temps.

Bussard: After a month of work, the NPT review conference failed to adopt a common outcome document. What consequences will this failure have on the NPT and the nonproliferation regime in a context as noxious as it is today?

Baumann: This failure is particularly regrettable. It was the same at the last review conference in 2015. We have to go back to 2010 to find a compromise between the 191 states parties to the NPT. This disappointment is all the more regrettable since its cause does not concern nuclear disarmament as such.

Bussard: What is the main cause of the failure?

Baumann: The war in Ukraine obviously weighed heavily on discussions in New York during this month. The nuclear threats made by Russia have drawn enormous criticism and condemnation. The question of the Zaporizhzhia nuclear power plant in Ukraine played a major role in the Russian rejection. The language used in the final document, which had already been greatly toned down, proved unacceptable to the Russian delegation. It is very regrettable. The adoption of a final document would have given a very strong political signal. In such a tense international context, it is clearly in our interest that the NPT, a cardinal instrument for ensuring nonproliferation and for advancing disarmament and guaranteeing nuclear security, be preserved and strengthened. That said, given the international security situation, expectations were very measured. Failure could not be ruled out.

Bussard: Are there any positive points to be drawn from this month of negotiations?

Baumann: During the month of the conference, past documents and commitments were reaffirmed and included in the draft final report. At the start of the conference, on Aug. 1, it was not a foregone conclusion. Moreover, it should be underlined that out of the 191 states parties, 190 were in favor of the compromise. It was also necessary to sacrifice a lot of things to find it, especially in terms of disarmament. It wasn’t perfect, but it would have been a step forward nonetheless. Some non-nuclear-weapon states found that the step forward was clearly insufficient, but they preferred compromise to no result.

Bussard: What role did Switzerland play at the UN in New York City?

Baumann: Switzerland has focused its work on nuclear risk reduction. We have pushed for concrete measures to be taken in this area, even though the states parties had never addressed this issue since the treaty entered into force. We have proposed a range of measures, starting with intensifying the dialogue between the nuclear powers and non-nuclear weapon states on their nuclear doctrines and the status of their arsenals, as well as measures to restore shattered confidence, improve predictability, assess the potential implications of new technologies and prevent crises. We have advocated enhanced heads of state and military-to-military dialogues and the establishment of resilient lines of communication in crisis situations.

Finally, we proposed that nuclear weapons be kept at the lowest possible alert levels and that the decision-making processes for the use of such weapons be lengthened. Switzerland was mandated by the Argentine presidency of the conference [Ambassador Gustavo Zlauvinen] to facilitate this part of the draft document, which in the end contained several of these concrete elements. For Switzerland, this was very good news. Furthermore, Switzerland is committed to the respect of key conditions to ensure the safety and security of nuclear power plants [the “seven pillars” promoted by IAEA director-general Rafael Grossi]. Switzerland has also facilitated a passage on this subject in the draft final document.

Bussard: The Federal Council declared before the start of the review conference that it would carry out an evaluation of the interaction between the NPT and the Treaty on the Prohibition of Nuclear Weapons (TPNW), which entered into force in January 2021. Will the failure of the review conference change Switzerland’s thinking on a possible ratification of the TPNW, which the International Committee of the Red Cross is calling for?

Baumann: Nuclear-weapon states have made disarmament commitments solely within the framework of the NPT, although much remains to be done to achieve them. It is in this logic that we believe that maintaining and strengthening the NPT is essential. The evaluation work announced by the Federal Council will begin. Many aspects related to Switzerland’s foreign and security policy will have to be examined. The evaluation will take into account the outcome of the New York conference, the change in the global security context and the observations made during the first Conference of States Parties to the TPNW in Vienna last June. But it’s a fact: The TPNW took up a lot of space in the discussions in New York and sparked controversial debates. For the states that support it, the hope is to arrive at a world without nuclear weapons. For the nuclear powers, the TPNW is a rather symbolic treaty which does not help to progress towards nuclear disarmament. But let’s be clear: The TPNW was not the reason for New York’s failure.

Bussard: Some observers denounce the incommunicability between nuclear powers and non-nuclear states.

Baumann: These tensions mirror what happened in New York. Non-nuclear states want real progress in disarmament, stressing its urgency and the catastrophic humanitarian consequences of the use of atomic weapons. The five nuclear powers believe that the current global security situation is not conducive to disarmament and intend to maintain their doctrine of deterrence. That said, with Russia’s aggression against Ukraine, the group of nuclear powers is not monolithic. The dialogue between them on the military level is blocked.


We welcome your comments on this article.  What are your thoughts on the failure of the NPT review conference to produce a final document? 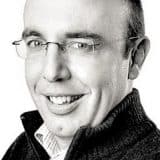 Stéphane Bussard has been a journalist with the Swiss daily newspaper Le Temps since February 2000, where he is in charge of the Geneva International section. He has reported extensively from Lebanon, Israel, Gaza, Iran, Russia, Cuba and the United States. He is also the winner of the 2010 Nicolas Bouvier Prize.