Sending Back the Gumbo

As I left the talk on “The Future of the United Nations,” given at San Francisco’s Fairmont Hotel by United States Ambassador Linda Thomas-Greenfield, I found myself disoriented, slipping into a Hitchcockian vertigo triggered by witnessing opportunities missed and bold goals unarticulated. Add to that a strange poignancy due to the location of the talk, the city where the UN was born.

I had heard inklings that the US mission to the UN was in the midst of an effort to educate the American public about the UN and its future. Starting out in Chicago a few weeks earlier on this somewhat-informal campaign, Thomas-Greenfield arrived in San Francisco on Sept. 8, thoroughly warmed up and ready to cook up a domestic version of what she calls her “gumbo diplomacy.” That’s a reliable term of hers, described in her 2020 nomination acceptance speech: “Wherever I was posted around the world, I invited people of different backgrounds and beliefs to make homemade gumbo. It was my way of breaking down barriers, connecting with people.”

Just such a campaign of connection and education is needed urgently to offset the UN’s near invisibility in the US. Polls reveal that we are in a powerful moment of opportunity. On the one hand, there’s an acknowledged, frustrating gap between the American public’s (perhaps surprising) recognition of the importance of international issues and their disappointing lack of actual knowledge and understanding about them (Gallup, 2019). At the same time, polls show the UN’s favorable ratings at a recent high, 61 percent (Pew, 2022). Together, these create a potent chance for the UN to step into this gap and mobilize a vigorous educational campaign. These polls show the American public is interested in general and receptive to the UN in particular. It’s an opportunity that should be embraced.

It was smart to present the ambassador’s event here in San Francisco. I’m well versed in the 1945 origin story of the UN, and San Francisco is the ultimate room where it happened. From April 25 to June 26, 1945, the world descended onto our city to attend the famous San Francisco Conference. After two months of negotiations, high-stakes human drama, international intrigue and one averted disaster after another, on June 26 the almost impossible task of creating and signing the UN Charter was accomplished in 1945.

The speech by Thomas-Greenfield in San Francisco was presumably the first salvo of many such speeches on the “Future of the UN.” It included a respectable if somewhat sanitized summary of the UN’s actions until now, a list of looming challenges and, most theatrically, the unveiling of Six Principles to “generate responsible behavior” in the Security Council. Unfortunately, it was a list of all-too-familiar ingredients (defend the Charter, reform the veto, increase transparency, among other objectives) served up watered down. Cold gumbo.

But there’s time to futz with the recipe. The UN is returning to the world stage, and the public needs — and seems to want — to get to know better the organization’s still-familiar, albeit ignored face. “The Future of the United Nations,” the title of the ambassador’s speech, isn’t sexy but good branding. It’s deceptive because it’s so obvious, and its appeal spreads beyond the world of civil society — which is essential — as many people in the general public are giving the UN a second look, especially since Russia began its full-on attack of Ukraine earlier this year. For younger generations, it’s most likely a first look.

Mark Twain was right: “History doesn’t repeat itself but it often rhymes.” Creating a domestic campaign now to promote the UN is reminiscent of the public-relations blitz preceding the San Francisco Conference in 1945. That event invited more than 50 organizations to discuss strategy, saw hundreds of thousands of Q&A pamphlets and discussion guides printed as well as hundreds of talks and lectures given. It was a no-holds-barred MGM-style spectacular to bring the public on board. And it worked. Public support for the UN grew from 60 percent in January 1945 to 80 percent in February to 94 percent that April.

It’s 2022 now, but good timing and careful preparation should still mean something. To start, the presenters simply got some crucial facts wrong in both the San Francisco speech and its promotion. For example, the signing of the Charter was not at the Fairmont Hotel, as the organizers stated, but rather the War Memorial Veterans building, also in San Francisco. This isn’t a small mistake for optics and symbolism. The actual venue is a much more democratically iconic location. The Fairmont is iconic in its own way: rich, white and privileged. (As of Oct. 25, the error has yet to be corrected on the UN Foundation’s YouTube channel.) And the public outreach campaign here was disorganized and almost nonexistent. Forget that the general public seemed unaware of the event, but the outreach to individuals and groups associated with the UN was spotty, with some people getting a link to the video live feed and some not.

Significantly, the one group here that is an expert on the Charter (the San Francisco chapter of the United Nations Association) wasn’t consulted for advice or for its expertise. The UNA-SF folks would have quickly discovered all errors and helped to greatly increase online viewership. That’s their job. Finally, adding insult to injury, the live feed was cut just when the Q&A began. That’s when things would have potentially begun to really cook.

Curious, I looked at the Chicago visit by the ambassador three weeks before the San Francisco speech. Food insecurity headlined the event, a topic of special interest to LTG, as she is called, leaving any discussion about the future of the UN to emerge only by good luck during a couple Q&A moments. My hunting for more overt examples of looking to the future yielded just a handful of results, the topic popping up briefly at a few New York City talks. Potent but still only New York moments. I had thought the idea of a campaign, however modest, was to hit the road.

The definition of “campaign” is simple but precise: “an organized course of action to achieve a goal.” Such a focused and committed course of action to discuss the future of the UN is a bully idea. It needs some real care, keen attention and creativity. The world needs it, the US needs it.


We welcome your comments on this article.  What are your thoughts on the US campaign on the "future of the UN"? 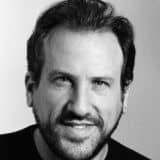 Dan Becker is a composer, educator and board member of the UNA-San Francisco chapter. He received his doctorate from Yale and taught composition at the San Francisco Conservatory of Music, including three years as department chair. He has received awards and grants from the American Academy of Arts and Letters and Meet the Composer, among many others.

Sending Back the Gumbo

The idea of a campaign to discuss the UN’s future with and promote the UN itself to the American people is a worthy one. I, for one, sure hope it takes place.

Thank you for this enlightening article that persuasively shows how the State Department is losing a great opportunity to share with Americans the value and even existence of the UN. Only by fostering domestic support from the general public can the US fully participate and influence this essential organization. (This means the UN Ambassador’s office should “up their game” and use every tool possible, including coordinating press and city visits with organizations such as the local chapters of the UNA.)

So bravo, Mr. Becker, for showing that this can be done using methods used during the founding of the UN over 70 years ago. Those past actions are still relevant today. Let’s trust that the Ambassador’s PR team read your words so that better planning and implementation of the new UN Awareness PR campaign can truly occur.

The location of the signing of the UN Charter can be found in the Yearbook of the United Nations, 1946-47, on page 33. The UN Yearbook is available online here: http://www.un.org/yearbook

Mr. Becker makes some outstanding points in his article. History is extremely important, one of the reasons that we must always study the subject carefully is not just to examine mistakes and injustices of the past, but to look to examples of things that worked, and events that can inspire us in contemporary times. The foundation of the UN was a monumental achievement in world history, at an important crossroads in time. Our leaders should have more respect for the lessons of history, and getting the basic facts right is not too much to ask in my opinion.