Iran’s new ambassador to the United Nations stunned journalists recently when he read a contentious statement to them in response to an informal Security Council meeting on the current protests in Iran. The envoy delivered his remarks to reporters just before the Council met on Nov. 2 to discuss in particular women’s rights in his country. To reporters’ chagrin, the Iranian envoy walked away after finishing his remarks, refusing to take questions.

As the scenes of police brutality and violence unleashed by the Iranian security apparatus in the eight weeks of the nationwide uprising, triggered by the death in police custody of 22-year-old Mahsa Amini, are still dominating media, Saeid Iravani’s long-winded but fiery statement lambasted the United States for its “politicization” of UN venues to score points and advance “short-sighted political objectives.” (The Council meeting was led by the US and Albania, both of which have no diplomatic ties with Iran.)

Rather than signaling his government’s willingness to carry out reform, listen to the voices of the protesters and ease the crackdown, Iravani blamed the US for Iran’s misfortunes and described what is happening across the country as “insecurity and violent and terrorist acts” that Iran reserves a right to counter. Iravani praised Iran as a country that he said “has always been and continues to be committed to the promotion and protection of human rights,” adding that “freedom of expression and peaceful assembly” are taken for granted in Iran’s constitution.

Blaming outsiders for domestic failures is not a novelty in the playbook of Iranian authorities’ responses to a national crisis. But as much of the international community is pushing for accountability of the Iranian leadership over its deadly response to the “Woman, Life, Freedom” protests that have engulfed the country of 85 million, Iravani, a prominent point of contact between Iran and the rest of the world at the UN, rehashed platitudes to offer what social media users and reporters are saying is a misleading account of events going on in his country.

Amir Saeid Jalil Iravani presented his credentials to UN Secretary-General António Guterres as Iran’s new permanent representative on Sept. 7. He replaced the US-educated Majid Takht-Ravanchi, who oversaw his mandate from 2019 to 2022. A graduate with a master’s degree in international political economy and development from Fordham University, a Catholic institution in New York City, Takht-Ravanchi, 64, was part of the negotiating team that concluded the Joint Comprehensive Plan of Action, which ended years of wrangling over Iran’s nuclear program and nullified nuclear-related sanctions through Security Council Resolution 2231. That deal has been in flux since 2018, when the former US President Donald Trump walked away from it unilaterally.

The 61-year-old Iravani has has a master’s degree in state management from the University of Tehran and a B.A. in math from Bhopal University in India. He is mostly known for his eight-year stint as the deputy secretary for foreign policy and international security of the Supreme National Security Council, from 2013 to 2021. The council is a sphere of influence of the Supreme Leader on foreign policy issues, allowing him to constitutionally set the tone and trajectory for the nation’s overseas agenda. Indeed, Iran’s ayatollah has the final say on all matters.

Before that role, Iravani was the deputy chief of the Strategic Council on Foreign Relations. This Tehran think tank is also an advisory arm of the Supreme Leader and has often been run by his confidants. The body largely comprises hard-line figures whose security background and like-minded views on foreign relations mostly earn them a place at the institution.

From 1998 to 2001, Iravani served as chargé d’affaires to Iraq and the head of the Iranian mission there as diplomatic relations hadn’t progressed to ambassadorial level while Iraq’s Saddam Hussein was in power. Hussein waged war on Iran from 1980 to 1988, aspiring to nip the nascent Islamic revolution in the bud and upending the region’s security landscape.

The role of the Iranian ambassador to Iraq is deemed crucial to the perpetuation of Iran’s regional sway and thought to be decided by the Islamic Revolutionary Guard Corps (IRGC) rather than by the foreign ministry, even though it is the president of Iran who signs the credentials at the recommendation of the foreign minister. Iran’s late President Akbar Hashemi Rafsanjani had implied in his memoirs that the IRGC’s clout on the appointment of Iranian ambassadors to countries such as Lebanon, Iraq, Syria and Afghanistan stripped the diplomatic apparatus of its efficiency. Unofficial media reports, especially coming from the Persian-language broadcasters in exile, have suggested Iravani’s Iraq assignment signified his IRGC connections.

Earlier this year, Iran and Saudi Arabia held five rounds of talks mediated by Iraq to resolve their differences and restore diplomatic relations. Ties were officially ruptured in January 2016, after a mob ransacked and set fire on Saudi diplomatic missions in the Iranian cities of Tehran and Mashhad. The violence occurred after the kingdom’s execution of a Shia cleric, Nimr al-Nimr, and the mass execution by the Saudi government of 47 civilians convicted over security charges.

After five years of cleavage, Iran and Saudi Arabia, encouraged by the former Iraqi president, Barham Salih, started negotiations to overcome the bitterness. Iravani led the Iranian delegation in Baghdad at the time, picked by Ali Shamkhani, the secretary of the Supreme National Security Council and a former navy commander who tasked Iravani with striking a deal with Saudi Arabia, one of Tehran’s fiercest adversaries. Talks stalled after five rounds, and eventually, Iravani was posted to the UN.

Iran’s mission to the UN in New York City is the country’s only official presence in the US, and given the lack of diplomatic ties between the two countries, the bureau plays a key role in exchanging messages across the two governments in addition to enabling Iran’s functioning at the UN. As such, the position of the permanent representative is coveted by ambitious diplomats.

With the coming to power of the ultraconservative President Ebrahim Raisi in 2021, centrist and more moderate-leaning officials lost their jobs in all government agencies, and the foreign ministry was no exception. Most ambassadors have been changed, replaced by figures close to the IRGC, and the diplomats who enjoyed a degree of credibility in their host countries have been reshuffled.

The administration of President Raisi has evinced little willingness to engage with the international community on a range of sticking points that hinder Iran’s relations with the rest of the world, and the stagnation of the Iran nuclear deal talks in the past year in Vienna attests to such barriers. In the same vein, it’s unlikely that the head of the Iranian mission at the UN at this time can be seen as an incubator of dialogue with the West and beyond.

This article was updated to correct that Iravani was tasked to strike a deal with Saudi Arabia, not Iraq.


We welcome your comments on this article.  What are your thoughts on Iran's new ambassador to the UN? 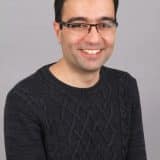 Kourosh Ziabari is an award-winning Iranian journalist and an Asia Times correspondent. A recipient of the Chevening Scholarship from Britain’s Foreign Office, he is a 2022 World Press Institute fellow with the University of St. Thomas and a Dag Hammarskjold Fund for Journalists fellow with the United Nations. He was recently selected as the silver winner of the Prince Albert II of Monaco and UN Correspondents Association Global Prize for Coverage of Climate Change. He contributes to Foreign Policy, openDemocracy, Middle East Eye, Responsible Statecraft, The New Arab and Al-Monitor. His Twitter account: https://twitter.com/KZiabari