Russia’s war in Ukraine is casting a long shadow on the debates and negotiations at the United Nations climate change conference, known as COP27, happening now in Sharm el-Sheikh, Egypt. Russia has been using its participation at the forum to leverage its commitments on reducing carbon emission in exchange for Western sanctions relief imposed after its invasion of Ukraine this year.

From soaring global energy and food prices to frightening geopolitical tensions, the war is on the minds of world leaders and diplomats attending the annual climate negotiations forum, which started last week and ends on Nov. 18. Dozens of world leaders, including Ukrainian President Volodymyr Zelensky and British Prime Minister Rishi Sunak, have brought up in their three-minute speeches the Feb. 24 invasion by Russia against Ukraine and what it means for climate policy. President Joe Biden of the United States spoke about the war on Nov. 11, when he flew in for the conference en route to Asia. Russia’s war on Ukraine, he said, “only enhances the urgency of the need to transition the world off this dependency on fossil fuels.”

Harry Verhoeven, a senior research scholar at Columbia University’s Center on Global Energy Policy, told PassBlue, “The war in Ukraine is yet another blow to the system of multilateralism and the idea of an international community, and we’ve had quite a few in the last decade or so.”

The fallout from President Vladimir Putin’s war has showcased not only the world’s continued dependence on fossil fuels but it has also exposed how geopolitics routinely get in the way of productive climate policies for countries across the world. In the eight months since the war started, it has triggered an energy crisis and led Western Europe to frantically rush to replace Russian gas, oil and coal from new sources, including in Africa. Biden and other European leaders have pushed oil- and gas-producing nations to produce more of these fossil fuels despite major European countries making net-zero emissions pledges at COP26, the climate gathering in Glasgow, Scotland, last year.

Before arriving at the negotiation table at COP27, countries were supposed to submit their national plans to help limit global temperature rises to 1.5 Celsius, above preindustrial levels, or 2.7 degrees Fahrenheit, as agreed in the 2015 Paris climate pact. Countries were also expected to present plans to prepare for the unavoidable impacts of climate change, or risk reduction. Yet only 24 of 193 nations had submitted such plans as of October.

When it comes to Russia, the world’s fourth-largest carbon-emissions polluter and the third-largest supplier of oil, participation in the annual UN-led climate talks generally appears to be halfhearted, said Lisa Sundstrom, associate professor of political science at the University of British Columbia, who focuses on Russian climate policy.

In past years at the UN conferences, legal initiatives in Russia connected to carbon emissions regulations were carefully watered down by fossil fuels industry lobbyists. Putin has never welcomed the idea of abandoning fossil fuels, as Russia’s economy depends heavily on them. In past years, oil and gas revenues supplied about 40 percent of the federal budget. Now these sales directly finance the war in Ukraine.

Ruslan Edelgeriev, the Russian special presidential envoy on climate issues and a Putin adviser, told reporters at COP27 that Moscow was committed to “depoliticized cooperation” on climate change. While Moscow doesn’t renounce its current obligations to reducing carbon emissions, it can’t go further until conditions change, he said, referring to Western sanctions’ relief. Several oligarchs and executives from Russian fossil-fuel-connected companies, some of them under Western sanctions, have also appeared at COP27, with Edelgeriev. They came to act as lobbyists, seemingly mocking the sanctions against them as well as the world’s attempts to get away from fossil fuels.

Among the Russian lobbyists are six delegates from Gazprom, the Russian state-owned gas giant under US and European Union sanctions; three lobbyists from Tatneft, a gas company under US sanctions; and Andrey Melnichenko and Oleg Deripask, both sanctioned billionaires.

Yet the stakes for all countries to act decisively to mitigate the effects of climate change could not be higher: according to a report issued in October by the UN Framework Convention on Climate Change, the world is on course to heat up by an average of 2.1 to 2.9 degrees Celsius, relative to preindustrial levels, by 2100, even if current climate promises are kept. This is much higher than the originally agreed-upon goal of capping the rise at 1.5 C, or 2.7 F. The difference will likely lead to more catastrophic climate disasters, many experts say.

“The fallout of the Ukraine war and the sanctions have only deepened the divide between the powerful countries of the world, mostly Western countries and the non-West,” Verhoeven of Columbia University said.

“Permanent members of the UN Security Council are very preoccupied with geopolitical issues that are more important to them than the needs of African countries,” he added, referring to demands of developing countries to prioritize international funding to pay for projects that would help them adapt to a hotter planet. “There always seems to be something that means that [developing countries’] demands and priorities get put on the back burner . . . and they must treat the consequences of the games that the big guys play.”

After the European Union sanctioned Russian oil and gas entities and relevant individuals at the start of the Ukraine war in February, Russia found alternative buyers. India and China now account for more than half of Russian seaborne oil exports, and they have been buying it at cheaper prices since April. Russia has become China’s biggest oil supplier. This undercuts European Union sanctions and enables Russia to flourish in its export of fossil fuels. (A US-led proposal for a price cap on Russian oil sold in global markets that could benefit China and India is struggling for their acceptance.)

“If Russia is, in fact, turning away from the export of energy to Europe and to actors like China and India, who aren’t discriminating of the carbon footprint of the energy that they’re importing, that does not leave us with an optimistic picture of what’s going to happen with Russia’s climate policy,” Sundstrom of the University of British Columbia said. “It’s not putting as much economic incentive pressure on the Russian government and Russian industries to clean up their act of their production.”

Russia committed last year to a plan to reach a net-zero carbon footprint by 2060, in line with global climate ambitions, but it has not followed up with good-faith policies or actions. Russia seems to be approaching climate diplomacy and COP27 as it has at past conferences — to leverage advantages geopolitically. Edelgeriev said that Russia could achieve carbon neutrality before 2060 if Western sanctions on Russia were eased.

“If there were no sanctions, or restrictions or any discriminatory approaches, the Russian Federation could have come to carbon neutrality earlier,” Edelgeriev said. He also said that European Union countries wouldn’t be able to fulfill their transition to green energy because they rejected Russian gas.

This is behavior that Arshak Makichyan, a prominent Russian climate and antiwar activist who was recently stripped of his citizenship in retaliation for his advocacy, saw at COP26, when Russia asked that Western sanctions be lifted on nuclear energy and sought to have it promoted for its own financial advantage. That shift would have helped to ensure Russia’s geopolitical stature as a provider of such energy. Makichyan thinks that instead of the UN trying to work with Edelgeriev, who met with Secretary-General António Guterres on the sidelines of COP27, the UN should find ways to work with Russian activists and civil society groups instead. (Edelgeriev said on Nov. 9 that he had met with “friendly countries,” international companies and exchanged “peppery words” with unfriendly countries.)

“This conference is more important than the past ones because now European politicians will either prove that they really care about our future, or they will show weakness,” Makichyan said in an interview with PassBlue from Germany. “Solutions to the climate crises would then be less possible. The conference can completely lose its legitimacy if we take a step back now because of the war. This cannot be allowed to happen.”

According to the recent UN climate change report, there may be one silver lining that has emerged from Russia’s war in Ukraine: Europe, forced to realize its dependency on Russian fossil fuels and scrambling to build a more sustainable energy source, has sped up its decarbonization trajectory.

“Vladimir Putin’s abhorrent war in Ukraine and rising energy prices across the world are not a reason to go slow on climate change — they are a reason to go faster,” Rishi Sunak, Britain’s prime minister, said at COP27.

Yet it remains to be seen whether world leaders can muster enough will on many fronts to mitigate the increasingly damaging effects of the global climate crisis regardless of Russian attacks in Ukraine and its nonstop sales of fossil fuels.

“There can be no effective climate policy without peace on the Earth,” Zelensky of Ukraine said in his speech at COP27 on Nov. 8, by video. “Russia needs to shut the guns and hide its missiles so the world finally hears what we can really do together to save ourselves from the climate disaster.”


We welcome your comments on this article.  What are your thoughts on Russia's actions at COP27? 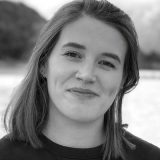 Anastasiia Carrier is a Detroit-based freelance reporter. She earned an M.S. from the Columbia University Graduate School of Journalism and her work has appeared in Politico Magazine, The Wire China and The Radcliffe Magazine.