Globalization, with its pros and cons, is broken. The world is troubled by local and regional crises, and attempts to solve them are dividing countries, both small and large, in a way that prevents a common will from emerging to solve major global crises.

Indeed, we are drifting toward a fatally dangerous situation where escalations keep rising in various armed conflicts and territorial disputes. And we do not have much time left to solve such interrelated global catastrophes as runaway global warming before large parts of our planet become uninhabitable.

Before trying to solve the crises and wars through a real willingness to negotiate, we need a positive shift in relationships among the world’s most important decision-makers. In the current atmosphere of deepening distrust, there is little hope for meaningful results.

The foremost conflict manager in the world is the United Nations. The Security Council is tasked with maintaining world peace and security for everybody’s benefit. The key decision-makers are the permanent five (P5) members, Britain, China, France, Russia and the United States, and the status of their relationships determines what the Council can achieve.

There have been times when the P5 have cooperated tremendously, including the first Security Council summit of global leaders in 1992. Similarly, when Saddam Hussein of Iraq invaded Kuwait in 1990, the P5 worked in a new spirit of cooperation. The Council has also agreed on several peacekeeping and peace-building missions over the decades.

Now, like during the Cold War, the relations among the permanent members are mostly hostile, with lots of tension and blame going around. There is no sincere listening to others’ concerns and respect for diverging viewpoints and national interests. This dynamic must change, as the world expects the Security Council to play its role of maintaining international peace and security to the benefit of us all. A new spirit of cooperation could spill over to solving other common interests of humankind as well.

Over the decades, the Council, the UN secretary-general and the political side of the secretariat have instituted innovations for the Council to do its job better. We propose two urgent initiatives for further consideration:

First, the informal monthly lunch tradition between the Security Council and the secretary-general could be considerably improved. One global issue or a crisis could be the topic of the month. But the discussion should be carefully prepared to achieve a productive meeting and to avoid expressions of hostility, which would just deepen stalemates.

A respected international organization could prepare a report on the issue at hand and provide specific suggestions for solutions. Since it is important to avoid a blame game, the secretary-general should use his authority as a moderator to eliminate expressions of blame and stress that the focus should be on solutions only. No decisions would be made, but the conversations could enhance the relationships among the P5 and how they work with the 10 elected members.

An initiative calling for armistice in Ukraine was published earlier this month by the Foundation for Global Governance and Sustainability, assisted by former UN staff members and the secretariat of the InterAction Council. The call has been signed by five former heads of state or government — collectively from Costa Rica, New Zealand and Malta.

The initiative asks for a transition from a general cease-fire to a final peace settlement between Russia and Ukraine to be supervised by international institutions, notably the UN, under conditions of demilitarization of any and all occupied areas and a larger demilitarized zone of disengagement between the armed forces of the belligerents. The plan also calls for immediate efforts to be focused on repairing civilian infrastructure, including in the areas to be placed under temporary international administration, and on securing an adequate supply of food, water, health care and energy for the inhabitants.

These components of an eventual peace deal could be discussed at the monthly luncheons of the Security Council in a new spirit of cooperation as outlined above.

Second, an important tool that has not been used much in the past is Article 99 of the UN Charter. It grants the secretary-general the authority “to bring to the attention of the Security Council any matter which in his opinion may threaten the maintenance of international peace and security.” A regular use of Article 99, highlighting the leadership potential of the secretary-general to guide the dialogue and action in the Council, should become a new tradition. But it should not lead to a blame game. Instead, it should strive to find honest, serious solutions that would benefit all members of the UN.

The current situation in Ukraine and the alarming, increasing risk of the potential use of nuclear weapons would warrant invoking Article 99 as a major priority for the secretary-general. The discussion should be limited to ways to restart military confidence-building and not to discussing the origins and conduct of the war in Ukraine.

A model that could be used to show how a constructive debate by the Council to avert a nuclear war is possible are the recent nuclear risk reduction talks held by former high-level disarmament specialists from NATO countries and Russia. Seven recommendations to prevent a nuclear war and military accidents, originally drafted by a smaller expert group, were signed by 166 ex-generals, former diplomats, politicians and academics from the US, Europe and Russia in December 2020. A respected international agency, such as the Nuclear Threat Initiative, could present an analysis of the situation and suggestions for further action.

This year, after Russia’s full invasion of Ukraine and political and military escalation centered around Taiwan, the relations of the P5 have further deteriorated. Traditional diplomacy and initiatives for peace and confidence-building have been replaced by military measures, sanctions, rising nuclear and conventional deterrence and an arms race. Mutual dialogue has been replaced by condemnation and finger-pointing, sometimes expressed in moralistic terms as a struggle between good and evil, between dictatorship and democracy, tyranny and freedom.

This is a dangerous shift of international relations in an era where nuclear weapons arms control regimes are unraveling and as a climate catastrophic looms on our horizon. Our children, grandchildren and future generations deserve a far better, more secure future.

The leadership role of the UN secretary-general, as foreseen by the founders of the UN Charter, will be crucial for the future of humankind. Suggestions for strengthening his leadership, or her leadership in the future, and bold actions by current and future officeholders is badly needed in the months, years and decades to come.


We welcome your comments on this article.  What are your thoughts on the recommendations for a more cooperative Security Council? 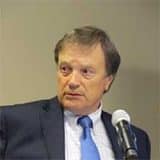 Tapio Kanninen is president of the Global Crisis Information Network and former chief of policy planning for the UN Department of Political Affairs, from 1998 to 2005. He was also secretary of the General Assembly’s Open-Ended Working Group on the Reform of the Security Council and secretary and research focal point of the high-level drafting group of Boutros Boutros-Ghali’s “An Agenda for Peace” report. 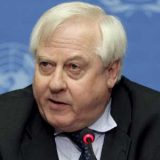 This is an excellent article. We need to have consensus at the security council, meaning coming to mutual understanding through listening rather than I have a veto vote. The idea of reports from a neutral mediator should be welcomed. Ernest Thiessen, PhD Ernest.thiessen@smartsettle.com has a SmartSettle computer program that helps to go beyond the status quo with all sides putting in their requests for an armistice or peace settlement.
Trust is needed but also tolerance of the other. People are not going to agree, and we may not trust the other side, but verification can help. I welcome the suggestions in this article. Well Done.

Excellent suggestions, in particular as regards the role of the UNSG, who should be showing greater initiative to overcome mistrust among nations and to foster cooperation, especially between the members of the Security Council.