As Volker Turk, the new United Nations high commissioner for human rights, is in his second month in office, it’s a good moment to take stock of his early moves. Turk’s predecessors have all upheld the dominant UN discourse on the importance of civil society, which often is portrayed as the “lifeblood” of the human-rights movement, as Zeid Ra’ad al-Hussein, a former commissioner, has said. Yet other previous high commissioners’ discourse never went further than words on paper, and the Covid pandemic has had a disproportionate, detrimental effect on the office’s cooperation with civil society.

What do nongovernmental organizations want from the new rights leader? A recent survey asked 39 such groups and UN experts about their top asks to Turk, an Austrian. Unsurprisingly, most want a strong, vocal and principled high commissioner who will take on the most powerful people in the world, as outlined in a joint letter written to UN member states about the appointment in general of the next rights leader.

Speaking on behalf of Human Rights in China, an organization in New York City, Sharon Hom called on Turk to “send a strong message to counter China’s aggressive efforts to undermine the universality of human rights.” Ketakandriana Rafitoson, an anticorruption activist from Madagascar, wants Turk to ask governments to stop harassing and threatening human-rights defenders, as she has been judicially harassed in her country.

These calls follow a range of concerns voiced ahead of Turk’s official nomination in September by UN Secretary-General António Guterres. The process was widely perceived as lacking openness, transparency and due process. From the outset, there was a sense that Guterres had made up his mind before the open call for applications. Turk was therefore perceived as being handpicked because of his personal proximity and professional ties with Guterres. The nomination occurred amid high tensions surrounding the last-minute release of the UN human-rights report on Xinjiang, China, and perceived pressure from Guterres on Michelle Bachelet, the rights commissioner then, to undertake the “failed visit” to China. These tensions surfaced as the influence of China over UN bodies and mechanisms, including the UN Human Rights Office, is growing and considered deeply problematic.

Crucially, Turk’s knowledge of the UN system, including at New York City headquarters, and his close links with Guterres present a key opportunity to change the chronic lack of UN funding for his office.

Some of the respondents of the survey emphasized that the new commissioner also needs to demonstrate that he can be truly independent from Guterres and go beyond implementing the UN policies he championed in his previous role as under secretary-general of policy, such as Our Common Agenda. Yet those efforts are important for rallying the UN family around human rights. Turk’s complex mandate now provides room for creativity and pioneering approaches to one of the main pillars of the UN.

After two years of substantial deterioration in the office of the high commissioner’’ cooperation with its traditional partners, Turk should also build on opportunities to create a new partnership with UN human rights experts and civil society. His decades of experience within the UN system can also help to bring the thousands of human-rights staff on board to carry out the office’s agenda and oversee such important reforms as those outlined in a 2021 UN Office of Internal Oversight report, including the handling of individual complaints to UN Treaty Bodies.

What has Turk done so far?

In his role as leader of the UN, Guterres has been criticized for his apparent reluctance to act against gross human-rights violations, especially those originating from or influenced by one of the five permanent members of the Security Council: Britain, China, France, Russia and the United States. Despite the widespread fears about Guterres’s influence on Turk in his new role, he has demonstrated in his early weeks in the job that he can deal with tough issues. For example, he endorsed the findings of the UN report on Xinjiang and reminded Elon Musk, the new owner of Twitter, the limits of freedom of expression and harms done by hate speech. Turk’s previous experience within the UN Refugee Agency also clearly reflects his readiness to visit places of hardship — such as, most recently, Sudan and Ukraine — and his focus on lesser-publicized migration crises like the discriminatory treatment of Haitians in the Dominican Republic.

These actions will attract sympathy for Turk. It will be critical for him to maintain such a proactive attitude in his tenure, especially as pressure on him and his office will increase each time he takes on the world’s most powerful players.

Previous high commissioners have often begun their role carefully choosing their words and actions and often swiftly falling under the influence of senior UN bureaucrats and certain member states. Turk can counter such risks by diversifying interlocutors and seeking views from outside his first circle. With decades of service to the UN, there is also a risk that he could primarily rely on a circle of UN insiders and a few friendly diplomats. While this could help him to address the decade-long funding crisis his office faces, it could also disconnect him from the victims who lie at the heart of his mandate. It is imperative that he keeps an open door policy himself and not entrust individuals from his orbit to take that responsibility for him.

To be successful, Turk needs to use all facets of his office. Zeid focused on an advocacy role, which resulted in a strong performance on accountability, but he didn’t engage countries or the many experts in the UN system as allies. Bachelet’s approach centered on diplomacy, which is only part of the role.

Her term highlighted the inherent difficulties in reconciling the need to engage and preserve access to people on the ground while ensuring accountability. One example was her office’s work in Venezuela, where Bachelet’s success in maintaining a base in the country led to her being criticized for failing to prevent what an independent UN fact-finding mission qualified as crimes against humanity.

Turk could find new allies in some of the small countries whose influence within the UN is disproportionately commensurate with their size, as illustrated by Liechtenstein’s success to restrain the veto power of the Security Council’s permanent members and Fiji’s diplomacy on human-rights issues in climate change.


We welcome your comments on this article.  What are your thoughts on the new UN high commissioner for human rights? 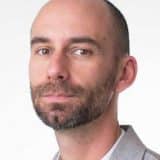 Vincent Ploton is the director of development and treaty body advocacy at the International Service for Human Rights in Geneva. He has worked and engaged with an array of international and regional human-rights mechanisms for the past 10 years in Geneva and the field. These include UN treaty bodies such as the Committee against Torture, Sub-Committee on the Prevention of Torture, Human Rights Committee and Committee on the Rights of the Child. Previously, Ploton worked in the humanitarian field in Pakistan and Afghanistan. He speaks English, French and Spanish and received a master’s degree from the University of London School of Oriental and African Studies and a degree from Ecole Supérieure de Commerce et Développement in Lyon. @vploton