KYIV — During its eight years of aggression against Ukraine, Russia has systematically pursued a policy of eradicating Ukrainian identity among children in the occupied territories. Deportation, separation from parents, transfer to Russian families, imposition of citizenship, Russification and militarization are tools that are being used to forcibly transform children into enemies of their own nation.

Children from the occupied Crimean peninsula and the so-called “DPR” and “LPR” — Donetsk People’s Republic and Luhansk People’s Republic — became the first victims of Russian aggression, in 2014. From using people as human shields and other involvement in hostilities to deportation to Russia and illegal adoptions, the list of violations of minors’ rights has now reached the threshold of genocide. Twelve cases of forced transfer of Crimean orphans to Russian families have been reported, along with the illegal adoption of orphans from Donbas.

These actions are accompanied by cultural assimilation. In the first weeks of the occupation in 2014, Russians began to import hastily printed schoolbooks and to encourage the colonization of the occupied territories by teachers from Russia. In Crimea alone, a record sum of $22 million was allocated to the Yunarmy (Young Army Cadets National Movement), created in June 2016. All of this was intended to use the younger generation as cannon fodder in atrocities against Ukraine.

“You will have the opportunity to fly on airplanes, jump with a parachute and shoot from any weapon, except for missiles,” Russian Defense Minister Sergei Shoigu promised the children in 2018. Ukrainian minors from the occupied territories were taught to assemble a machine gun, repair tanks and greet Russian officers. The militarization of education in the territories under Russia’s effective control has been repeatedly condemned in resolutions of the UN General Assembly.

At the same time, Russia launched propaganda mouthpieces about the Nazis who were killing the children of Donbas region, in eastern Ukraine, and about the need to save them as soon as possible. This myth became one of the rationales for the outbreak of the large-scale invasion in February this year and alleged genocide, which Russia itself committed using Ukrainian children. Crimea and the Donbas became landfill, where the practice of turning Ukrainians into Russians was tested together with their checking the level of determination of the international community to resist this practice, which violates international humanitarian law and the UN Convention on the Rights of the Child. The lack of a proper reaction, such as sanctions against the people involved, tempted Russia to carry out its Crimean plan in the newly occupied Donbas region.

Since Feb. 24, 2022, Russia has deported an estimated 260,000 to 700,000 Ukrainian children from the newly occupied territories. Among them are children with parents or legal representatives, unaccompanied children, orphans, children deprived of parental care and children with disabilities. Some of the minors lost their parents through attacks by Russian troops in Ukraine, killed by indiscriminate shelling or by not passing the so-called filtration process. The latter involves searching cars, personal material, telephones and computer equipment, fingerprinting, photography and interrogation when leaving the territory occupied by Russia. As a result of filtration, a person can be detained in a special camp for a more detailed “check.”

Ukrainian children have been deported to 57 regions of Russia, particularly the Omsk region in southwestern Siberia and Sakhalin island in the far east. Both areas are thousands of kilometers from home for the Ukrainians, forcing them to adjust to significant differences in climate in their new settings.

In Russia, the deported children are being forcibly transferred to Russian families. According to the Russian children’s ombudsman, Maria Lvova-Belova, as of mid-October 2022, there are 400 such minors, and 386 children who became victims of the forced imposition of Russian citizenship. Among the children transferred to Russian families is 16-year-old Philip, from Mariupol, whom Lvova-Belova took into her own family. Although the children at first sang the Ukrainian national anthem, hated President Vladimir Putin and shouted “Glory to Ukraine,” after several months in Russia, Lvova-Belova said she “sees with her own eyes how integration into the Russian community takes place.”

If the main reason for the deportation of minors at the beginning of the large-scale invasion was a so-called “evacuation,”  by the summer, Russians came up with several other pretexts: taking children for vacation and treatment in their country and in occupied Crimea. From June through August 2022, 6,000 children from Donetsk, Luhansk, Kherson and Zaporizhzhia regions were received there. Minors were taken with their birth certificates, and after the “vacation” ended, they were not returned to their parents in Ukraine.

The latter were forced to pick up the children on their own. Parents were encouraged to stay in Russia or at least to leave their children because of the intensification of hostilities and far-fetched criminal prosecution by Ukraine for collaboration. The children were threatened with being killed or raped by Ukrainian soldiers.

During the “vacation,” according to Tetyana Kuzmich, the deputy minister of education of the occupied Kherson region, children attended Russian language and history classes. In turn, the head of the so-called Republic of Crimea, Serhiy Aksyonov, said that “with joint efforts, we will in the shortest possible time . . . help raise true patriots of our common Motherland.”

Ukraine condemns the actions of Russia aimed at the deportation of Ukrainian children and their forcible transfer to Russian families. President Volodymyr Zelensky, the Ukraine Ministry of Foreign Affairs and the permanent mission of Ukraine to the United Nations have stated as such. As to the deportation of minors, national investigative bodies have opened several criminal proceedings. However, limited opportunities to identify deported children and create a single registry that would provide a basis for a mechanism for their return remain a significant problem.

To date, information on only 13,124 deported minors has been obtained. Ukraine has repeatedly appealed to Russia to return the children, but the latter has given consent on a case-by-case basis only. As a result, only 121 minors have returned home.

Michelle Bachelet, the UN high commissioner for human rights until August 2022, emphasized the concern of “alleged plans of the Russian authorities to allow the movement of children from Ukraine to families in the Russian Federation”; in turn, Unicef stated that Russia “may be modifying existing legislation to facilitate the fast-tracking of adoption.” The Human Rights Council’s Independent International Commission of Inquiry on Ukraine became interested in the cases of deportations and forcible transfer of children, promising to pay attention to these violations of international law in its next report. Amnesty International also analyzed these illegal acts, and the Regional Center for Human Rights, in cooperation with the Lemkin Institute for Genocide Prevention, submitted a related communication to the International Criminal Court.

Russia does not grant access to international organizations and human-rights defenders, however, to examine the process of deportation of children or to the institutions where they are placed.

Suppose Russia continues to deport Ukrainian children, transfer them to Russian families and refuses to return them to their homeland? In that case, the international community must respond quickly and adequately, as such actions characterize the genocide of the Ukrainian nation. This reaction should include the immediate imposition of additional economic and political sanctions and the further prosecution of Russia as a state and its senior officials as international criminals.


We welcome your comments on this article.  What are your thoughts on Russia's deportation of Ukrainian children? 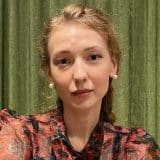 Kateryna Rashevska is a legal expert at the Regional Center for Human Rights in Kyiv and a Ph.D. fellow at the Department of International Law, Educational and Scientific Institute of International Relations, Taras Shevchenko National University of Kyiv.

Which agencies are working to find and return these kidnapped children? And how can I support them?

I have been fully aware of the stealing of Ukrainian children by Russia. This is part of the big plan which is basically to turn all Ukrainians into Russians, and if they don’t go along with it then they will be killed. The idea that Putin seems to have is to expand the Slavs as being all Russian. So, Belarus is a willing partner to this, at least Lukashenko goes along with Putin. I don’t know whether most of his people are in agreement with that. Putin hates the Asians amongst his people, especially the Muslim ones, and wants to lessen their impact and influence by creating a White Slavic population. He is just like Hitler with the Lebensborn program. This is what his nukes have bought him, the ability to steal children and destroy their lives. The world is just accepting it. They should be speaking out. It is truly horrible.