In 2022, Russia’s full-fledged war in Ukraine left its mark on the United Nations Security Council, further dividing the most-influential body in the institution. Comparing Council members’ votes in 2021 with 2022, it is clear that discord has increased enormously, yet the Council still functions.

In 2021, of the 59 draft resolutions voted on, 48 received unanimous affirmative votes (81.36 percent). At the same time, only one resolution was vetoed in 2021 (S/2021/990). This draft resolution, on climate and security and co-sponsored by 113 countries, was voted negatively by India and Russia. Moreover, the latter abstained seven times in votes in 2021 and used its veto once. China also abstained seven times but did not use its veto. The remaining permanent members (the P3: Britain, France and the United States) each abstained once in 2021 and did not use their veto. Only one draft resolution was rejected, as it failed to achieve a quorum of votes (S/2021/667). This resolution, which was introduced by China and Russia, was focused on Bosnia and Herzegovina. So in 2021, only two resolutions were not adopted out of 59 resolution votes. In 2021, 96.61 percent of the resolution votes were successful.

In 2022, this relative harmony in the Council changed significantly. Last year, only 57.9 percent of votes on draft resolutions passed unanimously (33 out of 57). This increase was also reflected in the votes of the permanent members. While the P3 went from zero negative votes in 2021 to two such votes each in 2022 and one additional abstention each in 2022 over 2021, Russia upped its rejections last year. It increased its number of vetoes from one in 2021 to four in 2022 and its abstentions to 12 in 2022 from 7 the year before. At the same time, China used its veto once in 2022. Despite the seeming cooperation between China and Russia in the Council, China is not entirely converging with the Russians. However, China doubled its abstentions to 12 year over year.

In keeping with tradition, the P3 used their “no” votes together. This happened twice in 2022: with the vote on S/2022/821, a Russian draft resolution aiming to set up a commission to investigate its claim that the US and Ukraine were in noncompliance with the Biological Weapons Convention as well as S/2022/541, against a Russian competing draft resolution on the cross-border humanitarian assistance mechanism in Syria. It should be noted, however, that in both cases, the negative votes of the P3 are not counted as a veto, as in both cases the required number of threshold votes (nine) was not reached.

The E10 — the elected members — also felt the polarization in the Council, as reflected in voting behavior. In 2021, India led the E10 in the number of abstentions cast — three — in addition to one negative vote. All the other elected members ranged from one to two abstentions. The number increased tremendously in 2022. Albania had the fewest abstentions, three. The frontrunner was Gabon, with nine abstentions, followed by the other two African countries (Kenya and Ghana) and India. All the other countries ranged from four to five abstentions. No E10 country voted negatively.

Although the number of draft resolutions voted without unanimity increased markedly in 2022, most resolutions were still approved. Despite the intensifying politicization of the Council,  89.5 percent of resolution votes ended up positively. Although this figure is lower than in 2021, it shows that some cooperation remains. With the five new members in 2023 — Ecuador, Japan, Malta, Mozambique and Switzerland — and the end of the terms of India, Ireland, Kenya, Mexico and Norway, overall voting preferences are likely to change in 2023. So far, the first vote of the year, on Jan. 9, renewed the six-month mandate of the single cross-border aid channel from Türkiye into Syria unanimously.

This article was updated to reflect that the P3 cast no vetoes in 2022.


We welcome your comments on this article.  What are your thoughts on Security Council divisions? 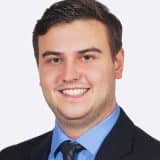 Which were the alleged vetoes by the UK and France?

We have updated the article: these were “no” votes and not vetoes per se. — Editors