Ambassador Kimihiro Ishikane of Japan says his country’s new defense strategy of increasing its military might reflects the need to change the security architecture based on the current environment in East Asia. Yet Ishikane, who spoke to PassBlue on Jan. 19, says that his country remains a “peace loving” nation.

Japan leads the rotating monthly presidency of the United Nations Security Council in January. So far, it has held one signature debate, on the rule of law, which was presided over by Foreign Minister Yoshimasa Hirashi on Jan. 12. A second such debate, on peace-building, is scheduled for Jan. 26.

In response to a record number of cruise and ballistic missile launchings from North Korea and years of aggression from China over claims to the uninhabited Senkaku Islands in the East China Sea, Japan announced a new national security strategy in December to “counterstrike” attacks on its territory. The new strategy has not gone down well with North Korea and China, whom many other countries in Asia and in the West perceive as aggressors in recent times.

Tokyo’s new military paradigm is the result of an annual white paper that it published in July. The report identified China and Russia as Japan’s biggest security threats. Last spring, Prime Minister Fumio Kishida made remarks echoed in the report, saying that Russia’s invasion of Ukraine could play out in East Asia. China responded by accusing Kishida of “hyping” threats as an excuse for Japan to strengthen its military.

“We need to defend our people, if needed, and the primary responsibility of defense lies with itself,” Ishikane told PassBlue. He insisted that Japan remained “peace loving,” contrary to the threat expressed by China and North Korea, which each colonized Japan during its imperial past.

On the soft-power side of diplomacy, Japanese innovators and now the government have complained about China’s tendency to appropriate and develop patents.The issue has become a national security concern for Japan and the United States. Tokyo decided last year to ask its universities admitting foreign students to screen them for ties with their home government. The policy was apparently aimed at weeding out candidates who might want to co-research with Japan’s academics and share information with the government in Beijing.

In 2020, Chinese students made up 44 percent of Japan’s foreign student population. At the time, Japan entered into collaboration with 45 tertiary institutions linked to the China People’s Liberation Army. European allies and Americans have since asked Japan to be more stringent with its foreign students’ admittance.

But why does it feel like the US and its allies have pursued a protectionist policy toward intellectual property and patents, when it is liberal elsewhere?

“Economic decoupling is not feasible,” Ishikane said, explaining that many countries face the challenge of protecting the technology and exchange of ideas that power their economy. Experts argue that isolating China from shared technology structures would force it to develop parallels that would make Beijing’s actions hard to detect and to checkmate if the stability of another country is threatened.

As to Russia’s aggression in Ukraine, the Security Council has not only failed to stop the war, mostly because of Russia’s veto, but it was also warned by Izumi Nakamitsu, the UN’s top representative on disarmament affairs, in September, that a large-scale influx of weapons to conflict-affected zones raises concerns, including the potential for diversion. “These concerns should be taken with due regard, and the international community does have some instruments, such as UN Register of Conventional Arms, to enhance transparency in arms transfer,” she said.

Coincidentally, hosting heads of state from the Lake Chad Basin, which straddles West and Central Africa, Nigeria’s president, Muhammadu Buhari, said that guns from the Russian-Ukraine war were slipping into the conflict-ridden subregions.

“If Russia withdraws from Ukraine, I think that will be the most important measure,” Ishikane told PassBlue, when asked about this matter.

History does not support his view. More than 11 years after Libya’s Col. Muammar el-Qaddafi was assassinated, military-grade small and light weapons from the country remain in the hands of militias in Nigeria and in the Sahel region of West Africa. (The extreme north of Nigeria falls into the Sahel.)

In another troubled region, the Middle East, civil society and some Security Council members have clamored for firm, vocal action on Iran’s crackdown on peaceful protesters who have been demonstrating since the murder of Mahsa Amini by the Iranian morality police in September. The Council has been definitive and consistent in calling for the restoration of women’s rights in Afghanistan but has remained mute on Iran.

Although the Taliban are not recognized as the legitimate leaders of the country by the UN or by most member states, the UN authorized Amina Mohammed, the deputy secretary-general, and Sima Bahous, the executive director of UN Women, to conduct a four-day working visit to meet with the Taliban in Kabul, the Afghan capital, and elsewhere in the country. The results of the trip, which occurred last week, may be clarified to reporters in a media briefing by Mohammed this week, the UN spokesperson said.

As to Iran, Ishikane told PassBlue that the country’s current situation was unlikely to come up this month, dashing expectations of many people, including inside the country, who hoped the Council would make a statement or try to approve a resolution against Iran’s Supreme Council and the Tehran government regarding its continuing human-rights abuses of its own people, including executions.

The only meeting held on Iran in the Council since protests erupted last fall was an Arria formula debate, or informal session, called by the US and Albania on Nov. 2.

“Since I resumed [the] presidency of the Council this month, such protests in Iran have not come to the attention of the Council,” Ishikane said. The “reference to Iran,” in the hallowed chamber of the Council, which is responsible for ensuring the peace and security of the world, has focused on its alleged supply of weapons — mostly drones — to Russia, the ambassador said.

As Professor Naoko Kumagai at the University of Peace told PassBlue, Iran’s ties to China and Russia would stall consensus in the Council on taking action. The Iranian government’s violation of the right to life of its female citizens has been condemned in other multilateral settings, including the UN General Assembly. The informal Council meeting in November was a precursor to fellow member states in the UN’s Economic and Social Council successfully ending Iran’s term in the Commission on the Status of Women.

Ishikane became Japan’s permanent representative to the UN in 2019, moving across the border from Ontario, Canada, to New York City. Less than a year later, the pandemic struck and put the noisy, multifaceted city to sleep.

“As soon as I arrived, there was Covid,” he said, and “the Big Apple was always sleeping for almost two years. I’m now starting to enjoy New York.”

Here is an excerpt from the long interview with the ambassador on Jan. 19. It has been edited and condensed for clarity. — DAMILOLA BANJO

PassBlue: What went into crafting your signature events for the Council this month, starting with the topic of the rule of law?

Ishikane: The General Assembly adopted a resolution on the rule of law at the national and international levels, in 2022, which pulled together the various elements regarding the rule of law. So I thought it’s high time for us to revisit its importance, to see what we have achieved. The second debate, about peace-building, on Jan. 26 [was chosen], because we are witnessing various challenges popping up, outright war and other situations in parts of the world. So we believe that rather than stopping conflict after it happens, it would be much better to prevent conflicts from happening or prevent them from recurring.

PassBlue: Do you think that these signature events would make more sense if you referenced or at least alluded to the name of the relevant countries?

Ishikane: In the open debates, we wish to bring in the expertise or wisdom that has been accumulated over history regarding peace-building. So it might be a cross-cutting thematic issue that can give the Security Council the wisdom to deal with a specific conflict.

PassBlue: So the signature debates are meant to bring new ideas to themes that are being discussed in the Security Council?

Ishikane: Yes, that’s the point. It’s not always new ideas, because most of those have been lessons learned from conflicts.

PassBlue: Let’s move on to something else, which you may be reluctant to talk about. Is Japan deflecting from its pacifist ideals?

Ishikane: I can say with total confidence that Japan has been  a peace-loving nation throughout the postwar period. You see what we have done in the international community since the end of the war? I think that speaks for itself. We are proud of that.

PassBlue: We see what’s been happening in Iran and Afghanistan, the oppression of the rights of women. Do you think the Security Council will take a decision on Iran soon?

Ishikane: Regarding Iran, usually the secretary-general’s reports come up around June and December and discussions take place based on the reports. But there is a concerning situation which is unfolding in that country. Although this month, since I assumed the presidency of the Council, the Iranian issue has not come to the attention of the Council in reference to Iran. Within the context of Ukrainian issues, it’s about the transfer of Iranian weapons to Russia.

PassBlue: Why do you think the matter of women’s rights in Iran has not been raised in the Council formally?

Ishikane: The situation of women and nongovernmental organizations in Iran and Afghanistan are very concerning. And I think we should take note of what you have said. But at this very moment, it’s not yet been discussed.


We welcome your comments on this article.  What are your thoughts on Japan's foreign policy?

Damilola Banjo is a staff reporter for PassBlue. She has a master’s of science degree from the Columbia University Graduate School of Journalism and a B.A. in communications and language arts from the University of Ibadan, Nigeria. She has worked as a producer for NPR’s WAFE station in Charlotte, N.C.; for the BBC as an investigative journalist; and as a staff investigative reporter for Sahara Reporters Media. 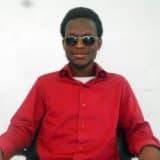 Kelechukwu Ogu is a freelance reporter based in Lagos, Nigeria. He has reported for Sahara Reporters and Al Jazeera’s AJ Contrast. In 2021, he was a fellow reporting for the natural resource extractive program at Premium Times’ (Lagos) Center for Investigative Journalism. Ogu has a bachelor’s degree in communications from University of Lagos.