Angela Woodward is a program director at the London-based Verification Research, Training and Information Centre (Vertic), a nonprofit group that advocates for monitoring of international agreements. At Vertic, she is manager of the national implementation measures program, focusing on the legal aspects of arms control and disarmament treaty implementation, monitoring and verification. Woodward joined Vertic in 1999, where she has held numerous posts. She has also served on the New Zealand Public Advisory Committee on Disarmament and Arms Control since 2011 and was a lecturer in the political science department at the University of Canterbury in New Zealand from 2009 to 2011. Woodward was an adviser to the chair of the UN Group of Governmental Experts on Verification in All Its Aspects in 2006; and was the legal coordinator for the European Union Joint Action on the Biological and Toxin Weapons Convention (2006/184/CFSP) from 2006-2007. Woodward holds a master of laws in public international law (with distinction) and a postgraduate certificate in higher education from the London School of Economics and Political Science, University of London; as well as a bachelor’s degree (with honors) in political science and an undergraduate law degree from the University of Canterbury, New Zealand. She lives in New Zealand. 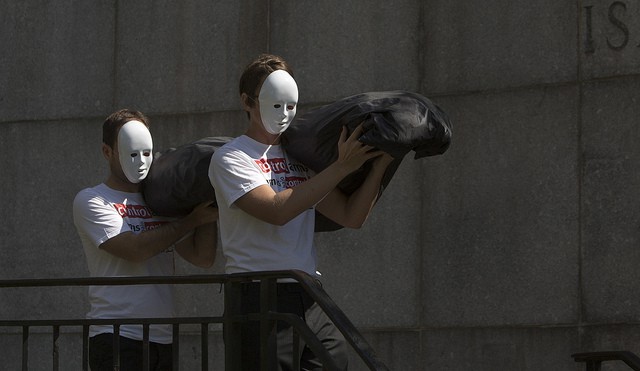 Good things take time. Evidently, 10 years of advocacy efforts led by a group of Nobel laureates and an international nongovernmental organization campaign, five years of consultations and preparatory work and a month of negotiations at the United Nations in New York in July wasn’t quite enough time for the 193 members of the …