Benoit Bryche has been the first regional security officer for the Timbuktu office of the UN peacekeeping mission in Mal since 2013.
Previously, in the French army, he took part in several missions in Bosnia, Kosovo, Ivory Coast, Djibouti, Afghanistan and Mali. He began as a cryptographer as a noncommissioned officer, then worked in the engineer corps as an officer, ending up in an engineer regiment in the famous mountain brigade.

The UN Base in Timbuktu: A Demanding Deployment in the Sahara 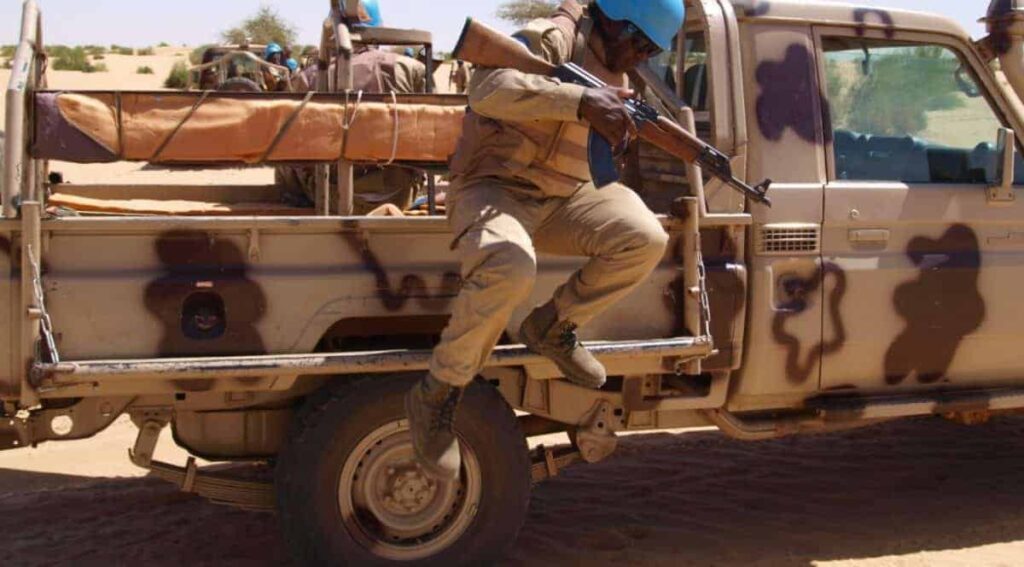 TIMBUKTU — Who wants peace in Mali? If everyone says they want it, why is carrying out the 2015 peace agreement and its cease-fire so difficult? Part of the challenge for the United Nations peacekeeping mission in Mali is not only helping to implement the agreement in the major cities, such as Timbuktu, but …