Dulcie Leimbach is a co-founder of PassBlue. For PassBlue and other publications, she has reported from New York and overseas from West Africa (Burkina Faso and Mali) and from Europe (Scotland, Sicily, Vienna, Budapest, Kyiv, Armenia, Iceland and The Hague). She has provided commentary on the UN for BBC World Radio, ARD German TV and Radio, NHK's English channel, Background Briefing with Ian Masters/KPFK Radio in Los Angeles and the Foreign Press Association.

Previously, she was an editor for the Coalition for the UN Convention Against Corruption; from 2008 to 2011, she was the publications director of the United Nations Association of the USA. Before UNA, Leimbach was an editor at The New York Times for more than 20 years, editing and writing for most sections of the paper, including the Magazine, Book Review and Op-Ed. She began her reporting career in small-town papers in San Diego, Calif., and near Boulder, Colo., graduating to the Rocky Mountain News in Denver and then working in New York at The Times. Leimbach has been a fellow at the CUNY Graduate Center's Ralph Bunche Institute for International Studies as well as at Yaddo, the artists' colony in Saratoga Springs, N.Y.; taught news reporting at Hofstra University; and guest-lectured at the Columbia University Graduate School of Journalism and the CUNY Journalism School. She graduated from the University of Colorado and has an M.F.A. in writing from Warren Wilson College in North Carolina. She lives in Brooklyn, N.Y.

At the UN, the US Lays Out Russia’s Scenario to Invade Ukraine 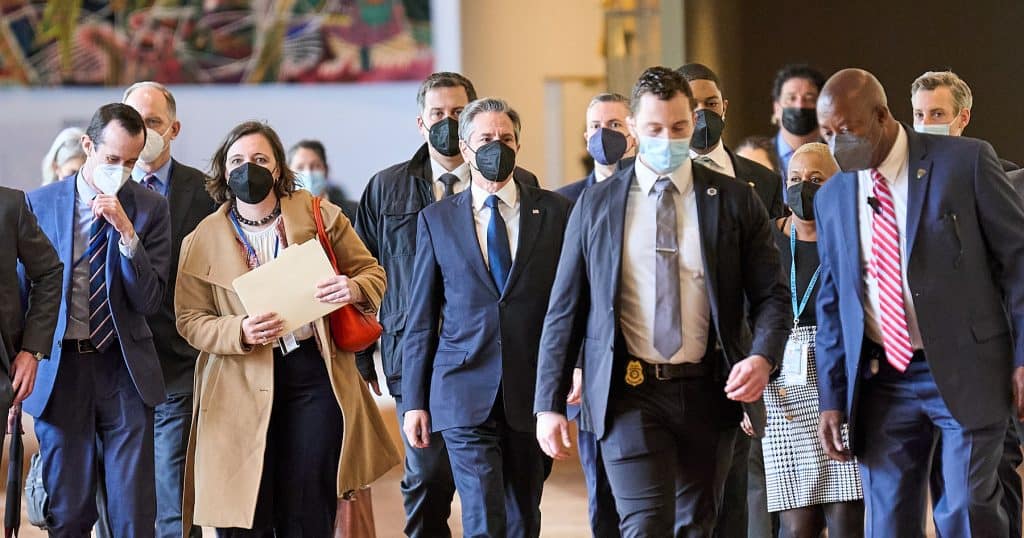 In last-minute change of plans, America’s top envoy, Antony Blinken, flew to New York City to attend a long-scheduled United Nations Security Council meeting this morning to speak about the possible war threats to Ukraine. The session, led by Russia, was meant to mark the anniversary of the Minsk agreements to end the war …

If you have understandably faded from the UNGA76 gathering by now, here are highlights for Day 3 of global leaders’ speeches, held on Sept. 23. We’ve also included Prime Minister Boris Johnson’s late-night remarks on Sept. 22 in the General Assembly Hall. Only four women have spoken across the three days, from Estonia, Moldova, …

Iceland May Be the World’s Most Gender-Equal Society, but Covid Exposed Vital Gaps 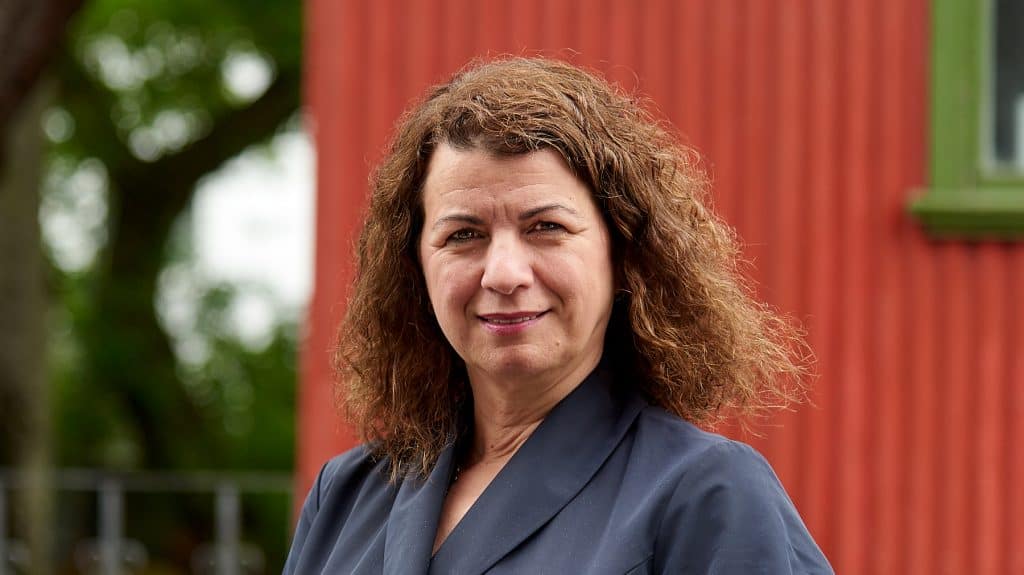 REYKJAVIK — Iceland is reportedly one of the most gender-equal societies in the world, but during a visit to the country in July, it was not immediately obvious how this progress plays out in everyday life. The clearest sign came during trips to public pools throughout parts of the island. In the midafternoon, men …

Despite the Intensifying Dangers in Afghanistan, the UN Says It Is Staying Put [Updated] 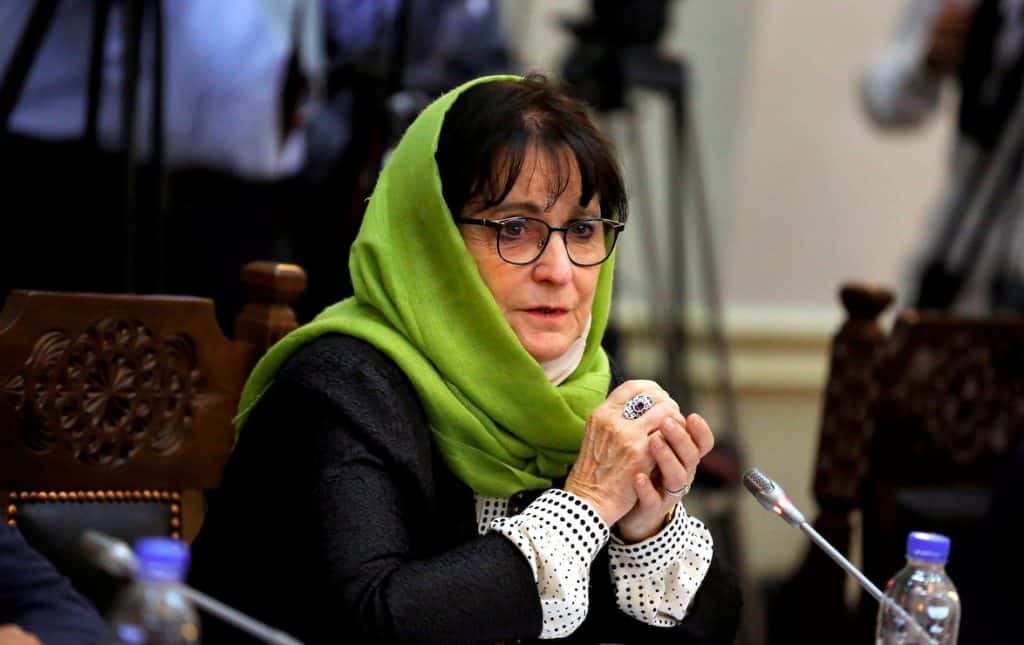 As the Taliban seized power in Afghanistan’s capital, Kabul, on Sunday — and the Afghan president, Ashraf Ghani, fled the country — the United Nations continues to decline to say whether it is planning to evacuate its thousands of personnel there. Rather, the UN is emphasizing its efforts on providing food, water and other …

Two High-Profile Norwegian Diplomats Are Criticized in a Government Audit 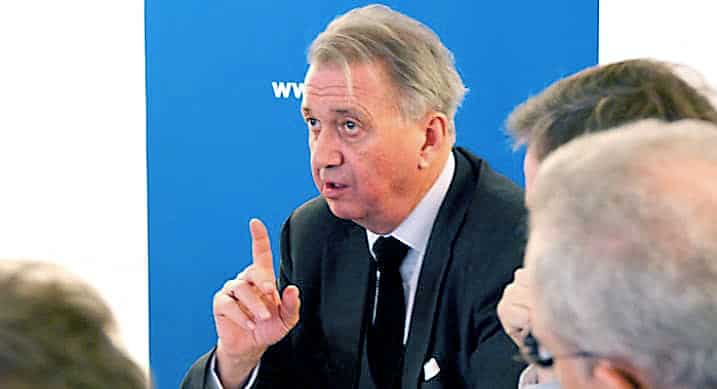 The Norwegian Ministry of Foreign Affairs lost control over how the International Peace Institute, a New York City think tank formerly financed by Norway, spent the money, an investigation by the country’s Office of the Auditor General found. The news was first reported in the Oslo business daily Dagens Naeringsliv. The audit also said … 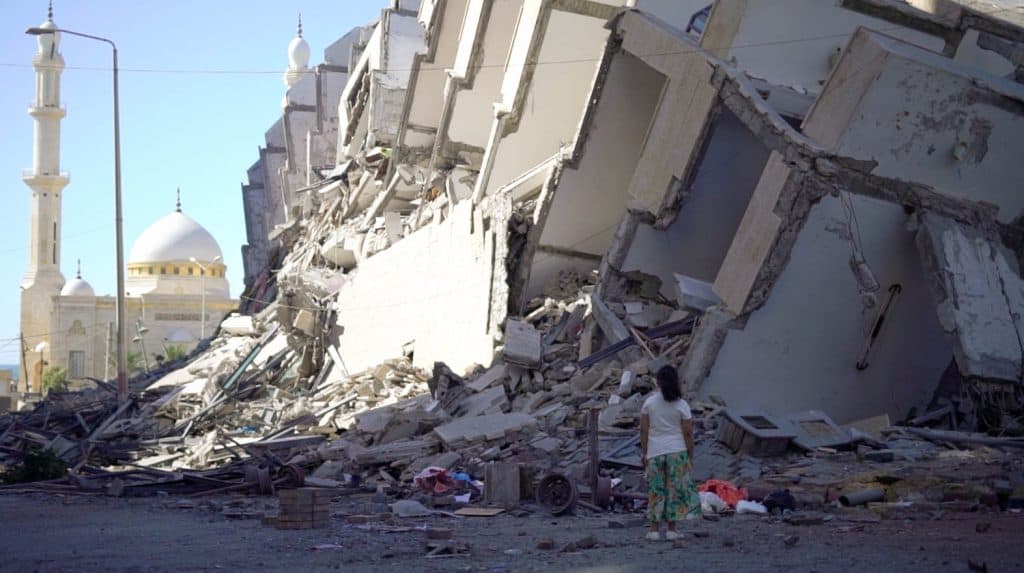 Across seven straight days of sudden, staggering violence between Israel and Hamas and rising death tolls of civilians, all 15 members of the Security Council aired their views publicly at the United Nations on Sunday, after the Council held two closed meetings last week on the continuing destruction in Israel and Palestine. Officials from …

Maj. Gen. Kristin Lund of Norway double-billed her government and the United Nations for moving expenses, according to a new report from The Norwegian Business Daily (Dagens Naeringsliv/DN). Lund was the first woman force commander for the UN, holding the post at its peacekeeping mission in Cyprus. That stint was followed by her heading …

A controversial letter written in 2019 by a Norwegian diplomat who is now a leading United Nations envoy in the Middle East, vouching for an Israeli billionaire’s role in the release of a Norwegian-British citizen sentenced to death in the Democratic Republic of the Congo, was recently published by The Norwegian Business Daily (Dagens …

Biden Is Sworn in as 46th US President, Marking a New Era for the Globe

Capping the most tumultuous and dangerous 14 days in American politics, Joseph R. Biden Jr. was sworn in as the 46th president of the United States just before noon today. Only two weeks ago, on Jan. 6, a pro-Trump mob swarmed the US Capitol demanding that Biden’s election be overturned, sending legislators, fearing for …

Why the EU Is Hopeful About the UN in 2021: An Interview With Ambassador Olof Skoog

Olof Skoog knows the United Nations like the back of his hand. As the European Union ambassador to the world body since 2019, he speaks for the 27-member bloc at the UN headquarters in New York City; most recently, he was Sweden’s envoy to the UN. He is known for his optimism — even … 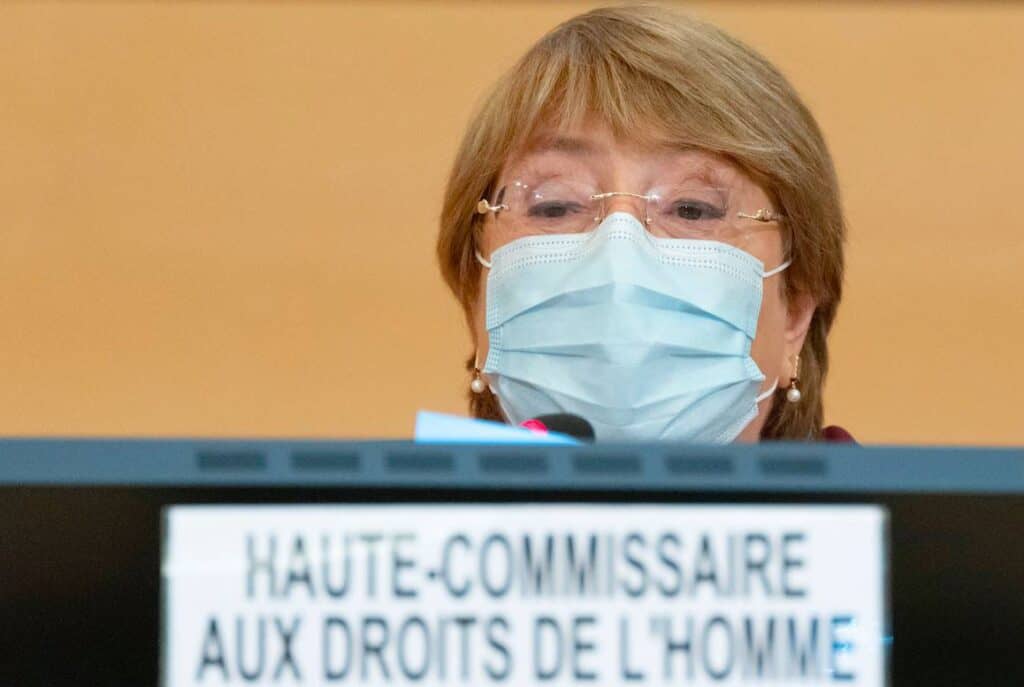 The United States embraces diplomacy again; human-rights warnings in Ethiopia; who is the US nominee for UN ambassador? You are reading This Week @UN, highlighting the most important news on the world body. The information is drawn from the UN spokesperson’s briefings, our original reporting and other sources. We know from diplomats and many other …

Africans are fed up with being sidelined in the Security Council; hey, Joe Biden, don’t overlook the UN; a mother of five competes against 12 men in the Burkina Faso presidential election. You are reading This Week @UN, highlighting the most important news on the world body. The information is drawn from the UN spokesperson’s …

An Afghan Midwife Delivers; Fighting in Ethiopia Erupts; the UN Reacts to US Election Results 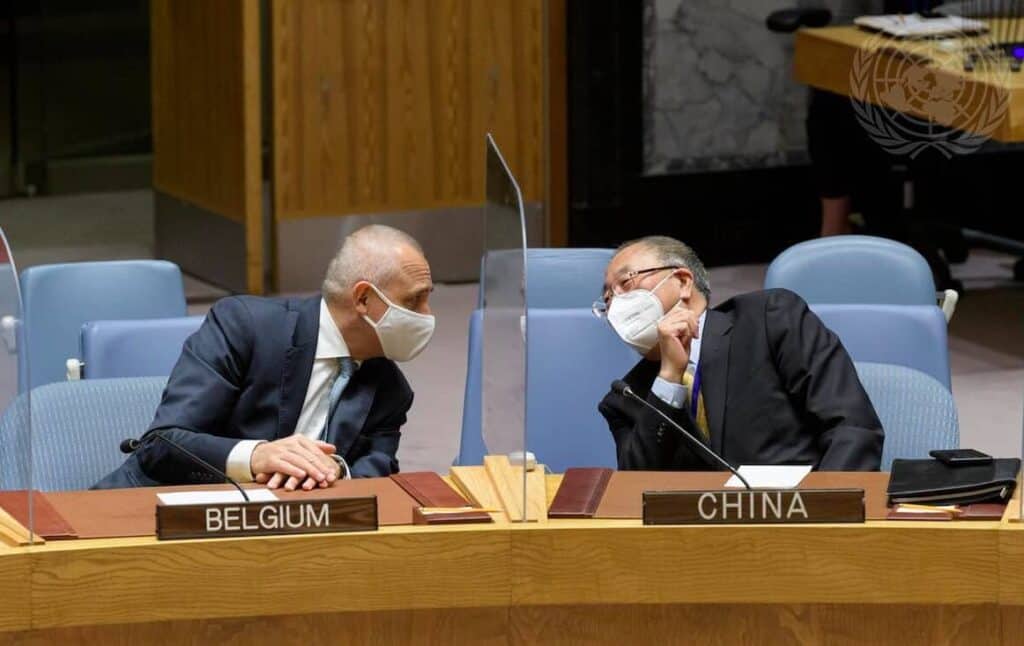 An Afghan midwife saving lives in her country; the UN secretary-general congratulates US president-elect Joe Biden (sort of); a new gender group with a questionable purpose. You are reading This Week @UN, highlighting the most important news on the world body. The information is drawn from the UN spokesperson’s briefings, our original reporting and other …

The US Waits and Waits for Final Voting Results; Election Mayhem in Côte d’Ivoire; a Tiny State Runs the Security Council 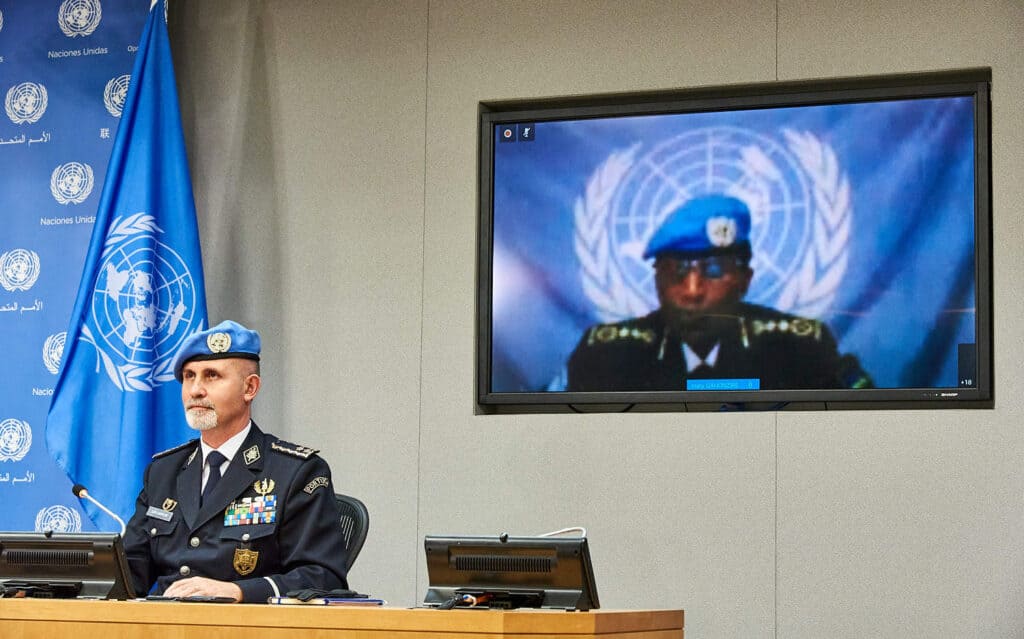 Are we there yet? The United States still awaits final presidential election results; one of the United Nations’ smallest countries leads the Security Council; and presidential election violence in Côte d’Ivoire. You are reading This Week @UN, highlighting the most important news on the world body. The information is drawn from the UN spokesperson’s briefings, … 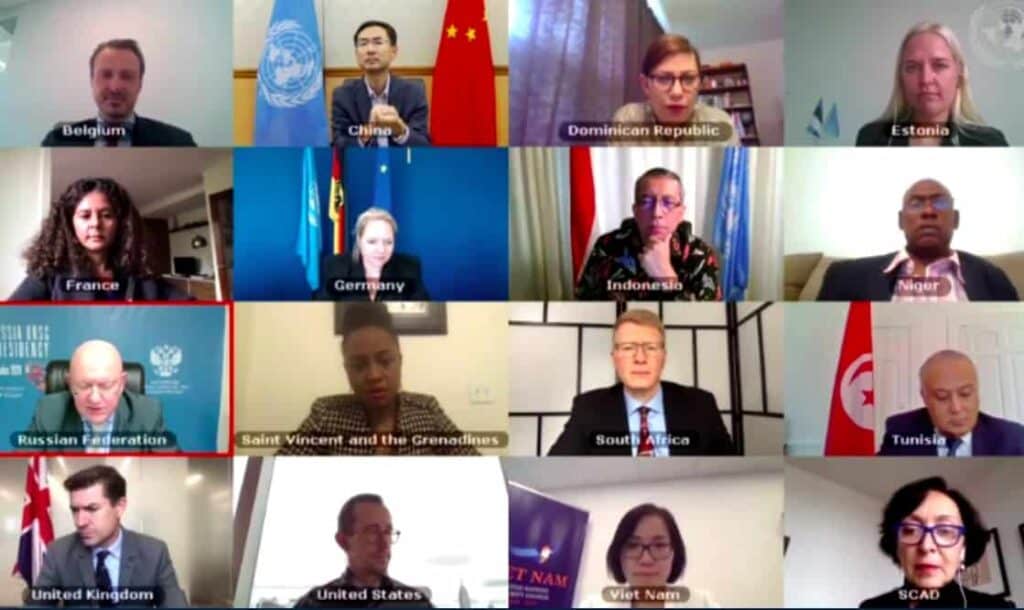 A scandal involving a Norwegian diplomat erupts; Covid-19 rears its head at the United Nations; and who could become its 194th member state? Greetings from This Week @UN, highlights of the most important news on the world body. The information is drawn from the UN spokesperson’s briefings, our original reporting and other sources. Scoop: In …