Keith Porter is the president and chief executive of the Stanley Foundation. Previously, he was its director of policy and outreach. Porter began his career as a broadcaster in 1982 in Effingham, Ill., and later worked as a reporter and announcer in Normal and Bloomington in Illinois.

He was a finalist for the 1995, 1996 and 1997 Livingston Award for Young Journalists. During his tenure at the foundation, several organizations have recognized him for excellence in broadcast journalism, including the National Press Club, the Society of Professional Journalists, the National Headliner Awards, the New York Festivals and the United Nations Correspondents Association. Porter has a graduate degree from Illinois State University. 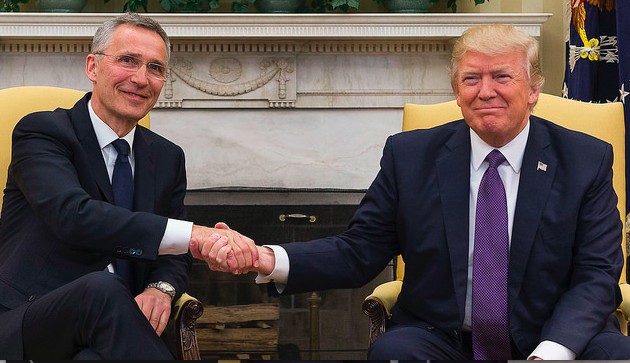 We stand on the shoulders of those who created the international order, which has prevented world war for more than 70 years. “American leaders who laid foundations of the contemporary world order envisioned a world in which all peoples…