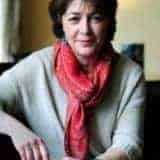 Rafif Jouejati is the founder and director of the Foundation to Restore Equality and Education in Syria (FREE-Syria). She is also the English spokeswoman for the Local Coordination Committees (LCC) in Syria, a grass-roots network that aligns the activities of pro-democracy Syrians in each of the country's 14 governorates. As an executive committee member of the Day After Project, Jouejati worked with key actors in the Syrian opposition to develop a transition plan for Syria. At a Women’s Democracy Network event and at the Olof Palme Center in Stockholm, Jouejati advanced a charter demanding 50 percent representation of women in every aspect of Syria's governance. Follow her on Twitter: @RafifJ.

Women Are Invisible at the Syria Peace Talks

WASHINGTON, D.C. — On Jan. 22, millions of women around the world took to the streets to march for equal rights, equal representation and equal access in all avenues of public and private life. On Jan. 23 in Astana, Kazakhstan, 55 delegates met to try to reach an agreement on the war in Syria. …