Rebecca Barber is Research Fellow, Asia Pacific Centre for the Responsibility to Protect, School of Political Science and International Studies, University of Queensland; William Bourdon is a lawyer at the Paris Bar, founding president of Sherpa and president of PPLAF (Platform to Protect Whistle Blowers in Africa); John Dugard is Emeritus Professor of Law, Universities of Leiden and the Witwatersrand, Johannesburg and former member of UN International Law Commission and UN Special Rapporteur on the Human Rights Situation in the Occupied Palestinian Territories; Baltasar Garzon is a magistrate-judge, lawyer and director of the legal office ILOCA SL (International Legal Organization for Cooperation and Development), Spain; Jared Genser is an international human rights lawyer and Adjunct Professor of Law, Georgetown University Law Center; Justice Richard J. Goldstone is founding chief prosecutor of the United Nations International Criminal Tribunals for the former Yugoslavia and Rwanda and retired Justice of the Constitutional Court of South Africa; Aryeh Neier is President Emeritus, Open Society Foundations, founding executive director of Human Rights Watch and Distinguished Visiting Professor, Sciences Po, Paris (2012-2017); Dr. Sriprapha Petcharamesree is a former Thai representative to the ASEAN Intergovernmental Commission on Human Rights; Chris Sidoti is an international human rights lawyer, member of the Special Advisory Council for Myanmar and former member of the UN Independent International Fact-Finding Mission on Myanmar; Nelum Deepika Udagama is a professor of law at the University of Peradeniya, Sri Lanka and former chairperson of the Human Rights Commission of Sri Lanka (2015-20); and Yuyun Wahyuningrum is the representative of Indonesia to the ASEAN Intergovernmental Commission on Human Rights (AICHR). 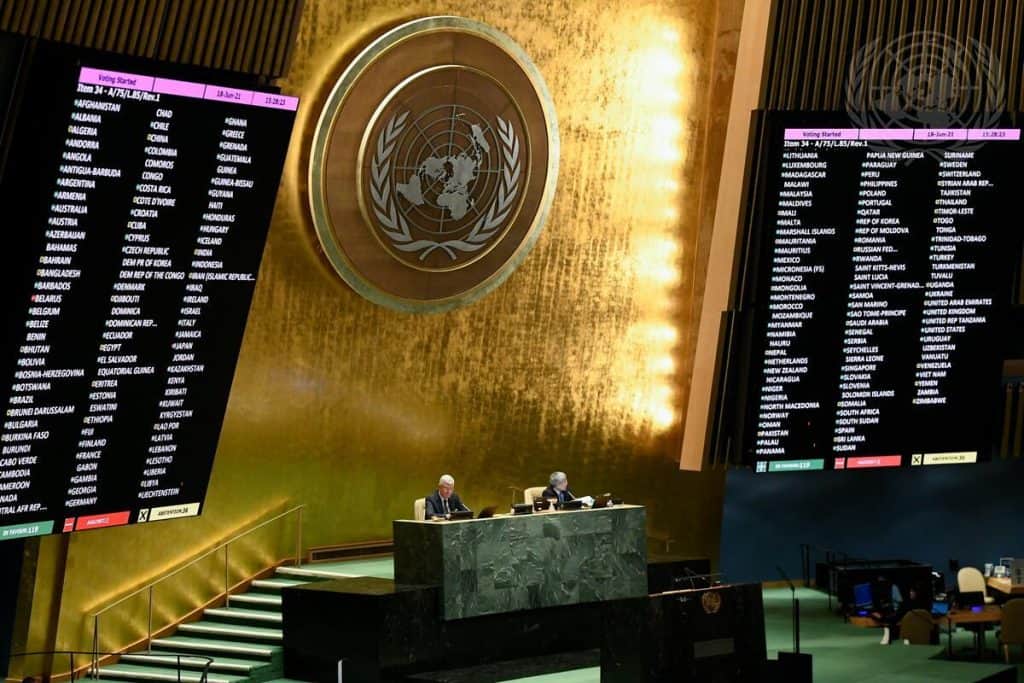 The United Nations General Assembly is due to consider an issue in the coming weeks that will profoundly affect the lives of 55 million people in Myanmar. Its Credentials Committee will debate whether to accept the credentials of the…
Read More