In early March, China appeared to be seeing a light at the end of the tunnel back home in containing the coronavirus spread, while in New York City, the country was preparing to take over the rotating presidency of the United Nations Security Council. Ambassador Zhang Jun of China told the media that one of … Read more Was China a Less-Than-Ideal President to Lead the UN Security Council in a Crisis? 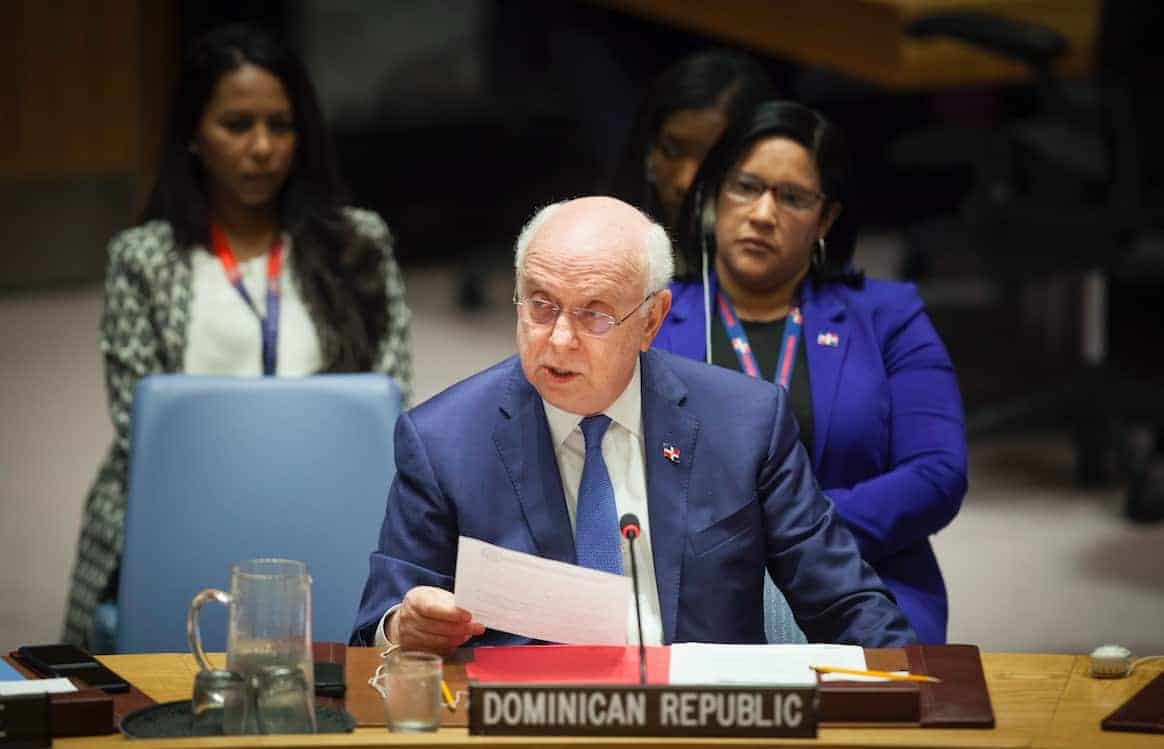 With the incremental transformation the Security Council has gone through in March by transferring the bulk of its meetings online, the Dominican Republic’s special envoy to the United Nations intends to preside over the Council “like a sailboat, we’ll go wherever the wind takes us.” As the agenda of the Council will be adopted on … Read more The Dominican Republic’s Hope for April: Smooth Sailing

The coronavirus has officially hit the United Nations at its New York City headquarters. On Thursday, March 12, the first reported case was confirmed by a diplomat with the Philippines mission to the UN, who said that a Filipino colleague had tested positive for Covid-19 and had notified the “UN medical director’s office.” The UN … Read more The UN in New York Shuts Physically as Most Personnel Telecommute: Updates 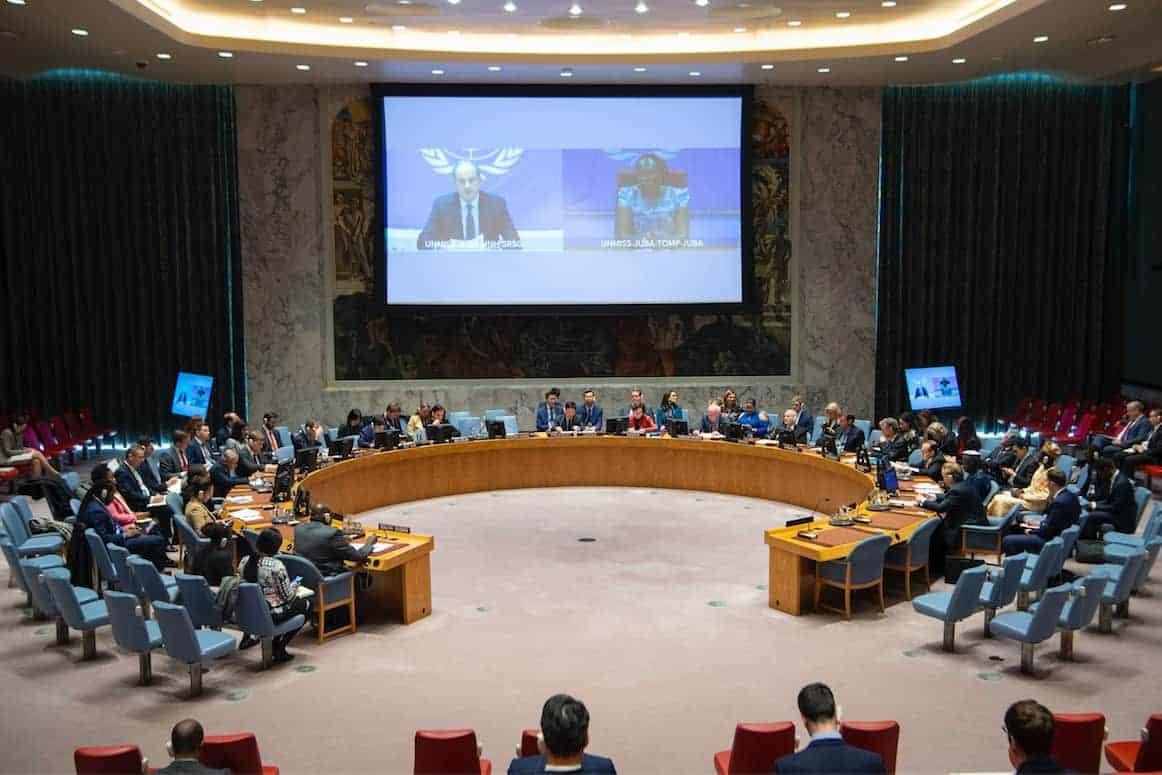 The United Nations Security Council ran a secret cybermeeting simulation on March 9 to prepare for a possible lockdown of the UN building and the rest of New York City, amid the coronavirus outbreak. So far, the UN is trying to address the epidemic at its headquarters by asking diplomats to meet offsite a few … Read more Amid the Coronavirus Threat, the UN Tries Out a (Cyber) Security Council Meeting 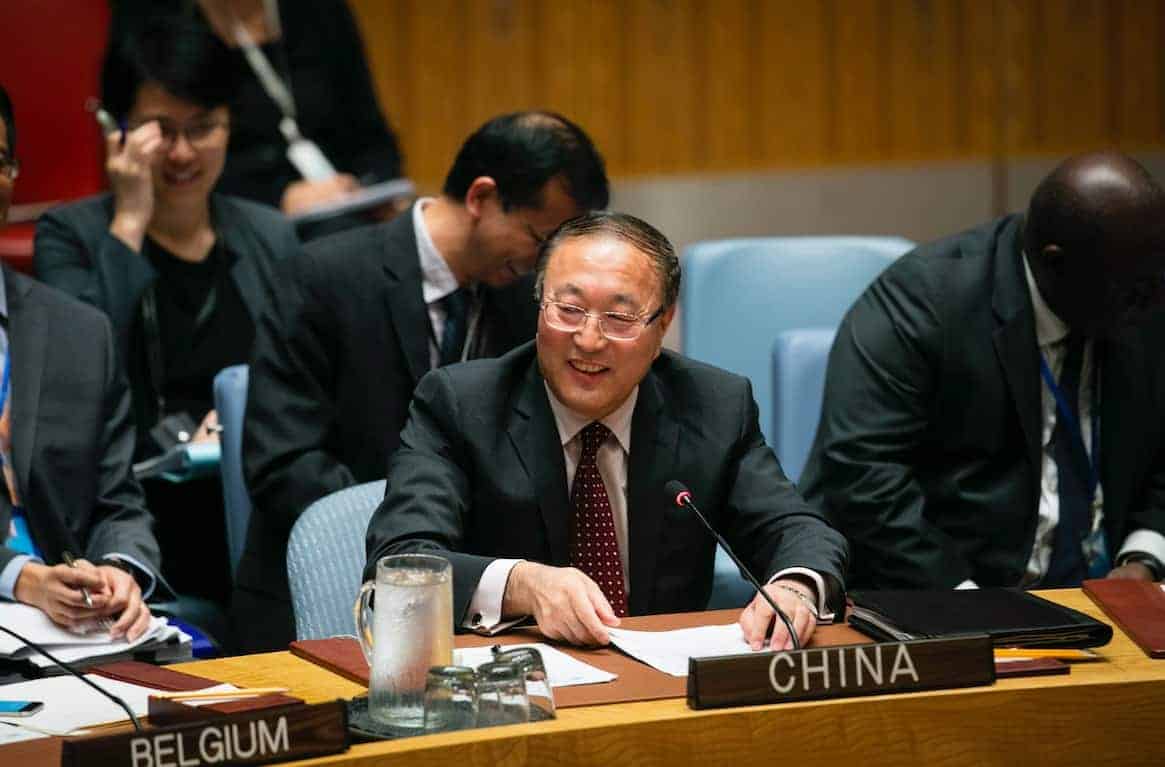 Over the past year China’s presence at the United Nations got suddenly noticed. It may be its more outgoing ambassador, Zhang Jun, its lobbying against human rights, its accession to high-level roles or the disengagement of the United States — perhaps all of the above that has drawn attention. But just as the country assumes … Read more China Is in the Hot Seat as Covid-19 Shadows Its Diplomacy 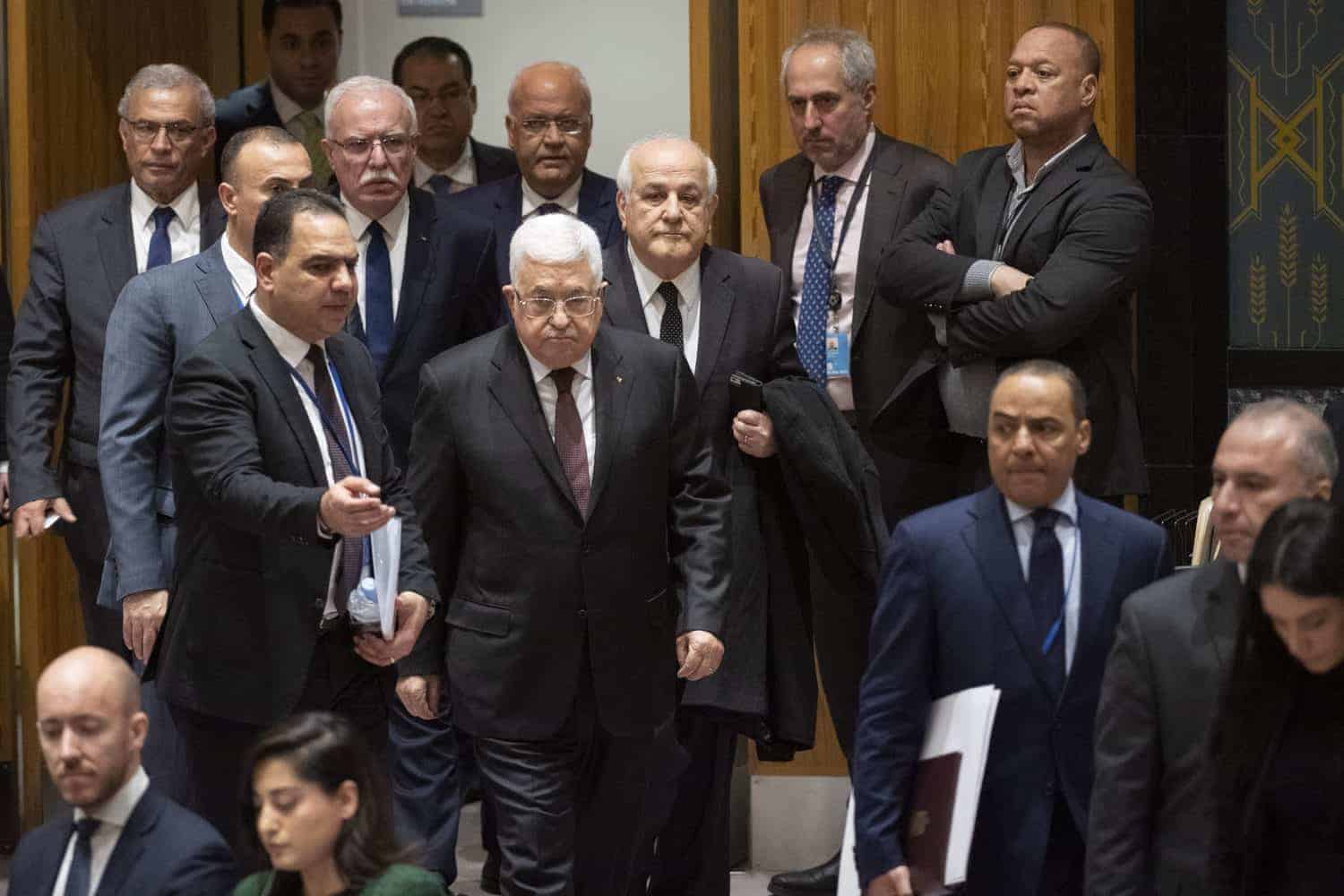 A few days after Jared Kushner, President Trump’s adviser and son-in-law, met with United Nations Security Council members offsite in New York to sell the United States’ Mideast deal for peace, Palestinian President Mahmoud Abbas came to the Council to vehemently oppose it. While Abbas’s criticisms were echoed by most members of the Council, the … Read more Despite Common Rejection of Trump’s Mideast Plan, Some Hope to Restart Talks 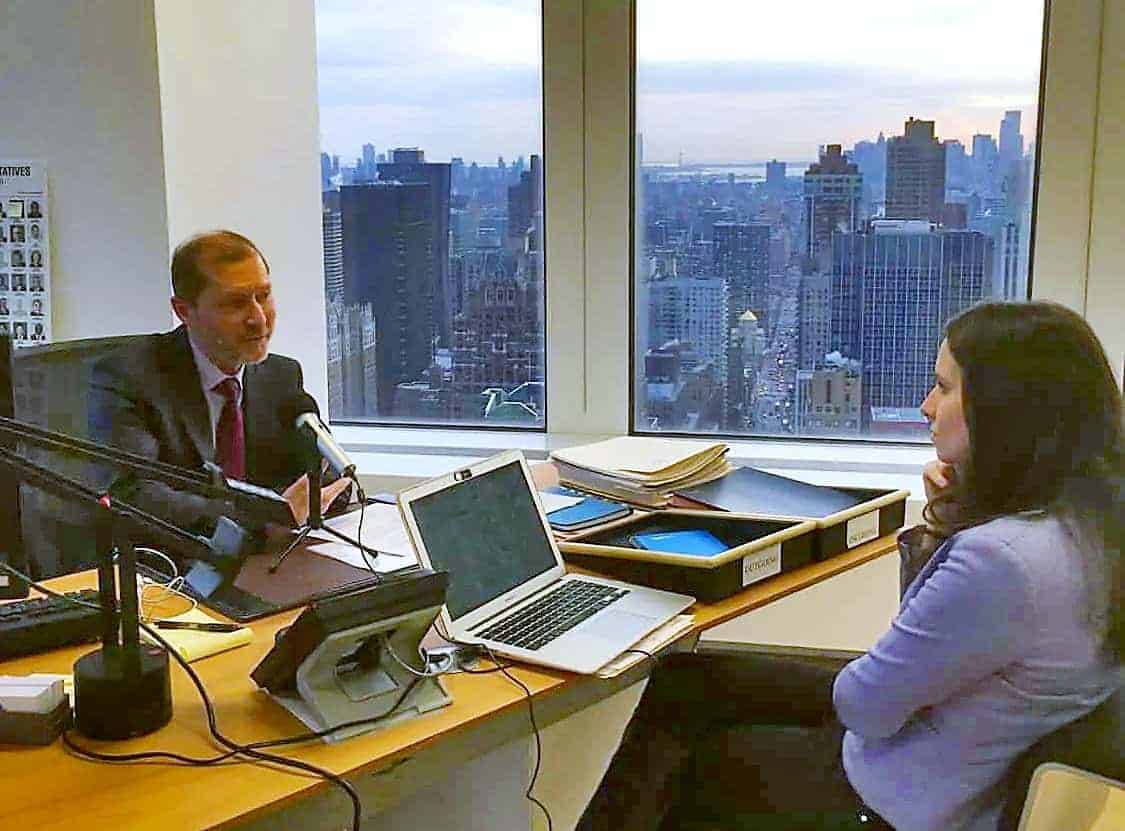 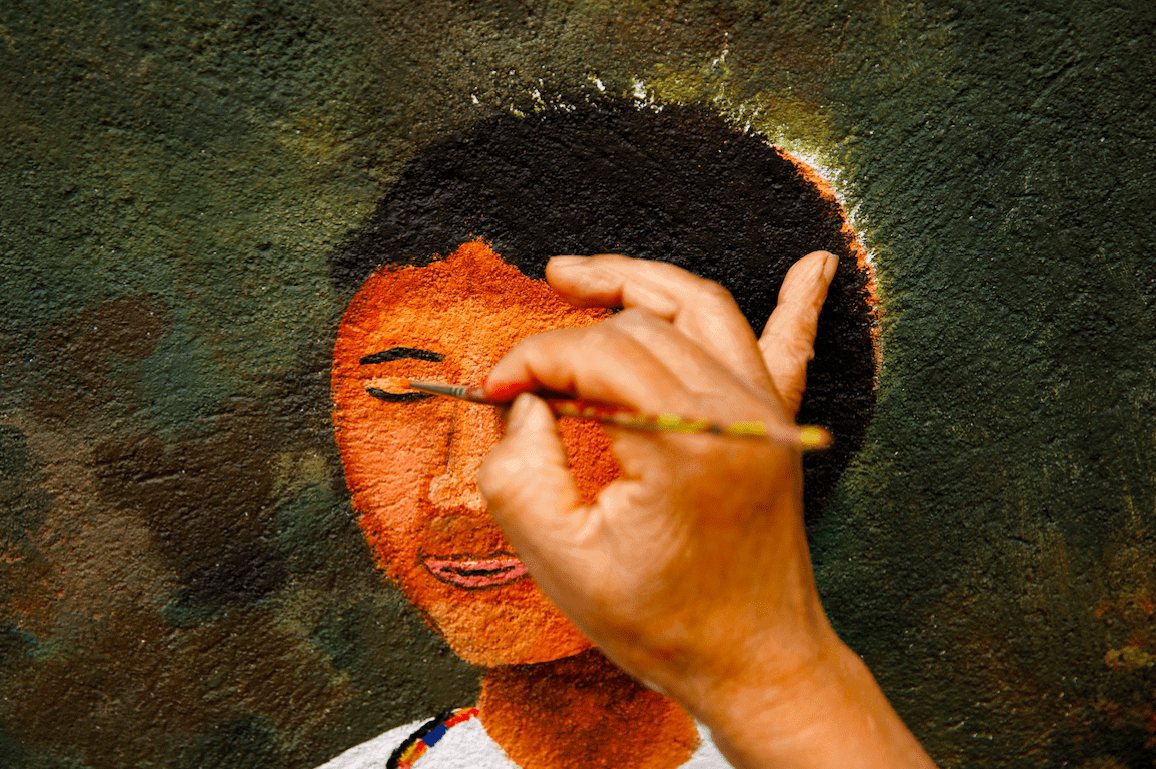 As the countdown to this year’s main events celebrating the 25th anniversary of the Fourth World Conference on Women has begun, UN Women has announced six themes to anchor the two Generation Equality forums to be held in May and in July. While many women’s groups applaud the broad themes, some have serious qualms about one topic … Read more The UN Unveils 6 Themes in a Big Year Pushing for Women’s Rights 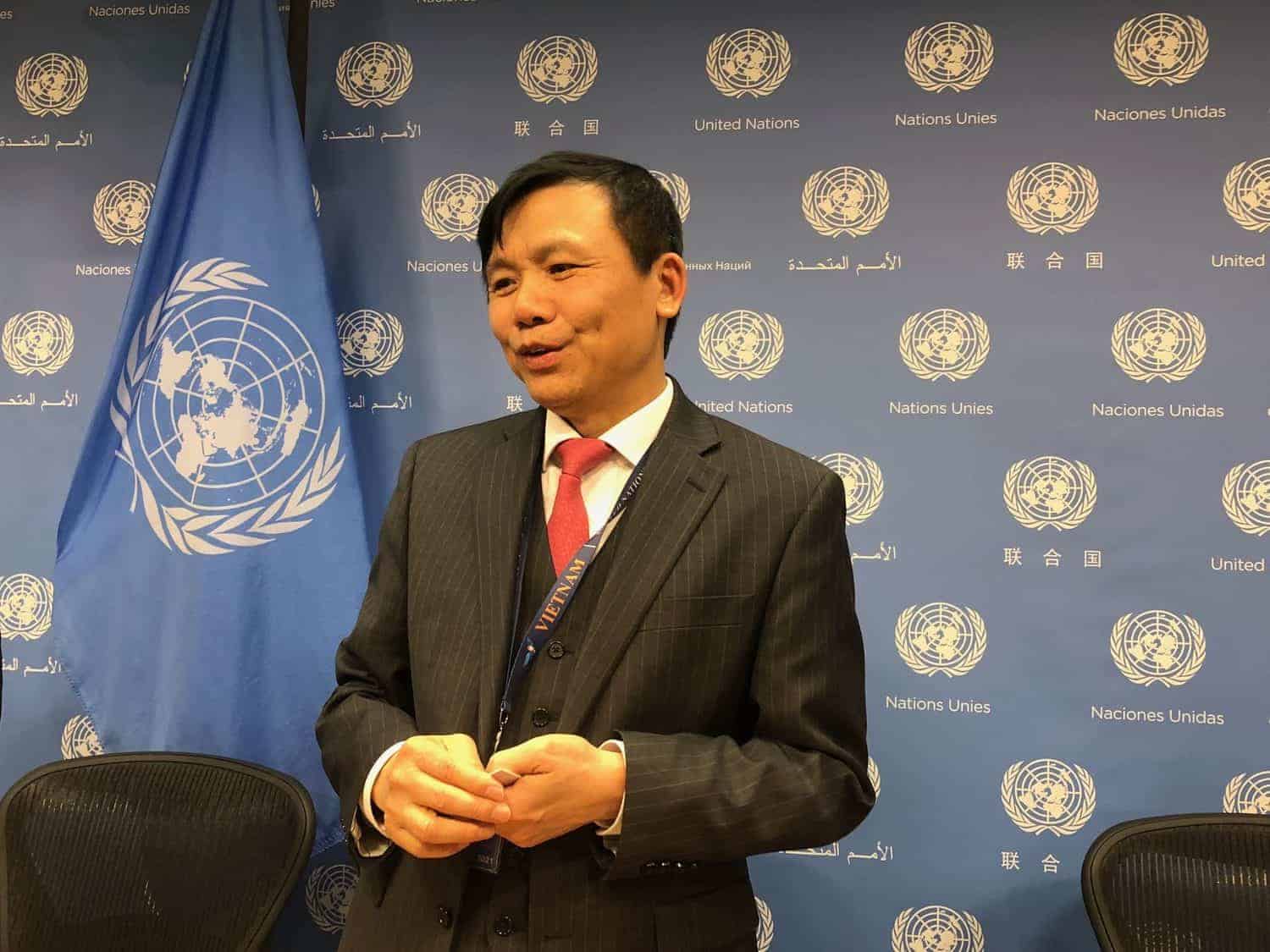 With tensions becoming more and more serious in the Middle East and with two crucial leadership roles to play internationally, diplomats in Hanoi are probably working hard to make sure Vietnam’s big diplomatic month of January is a success. Vietnam’s diplomacy has arrived at a critical moment, as it presides over the United Nations Security … Read more Vietnam’s Pivotal Month as Leader of the Security Council and of Asean for 2020 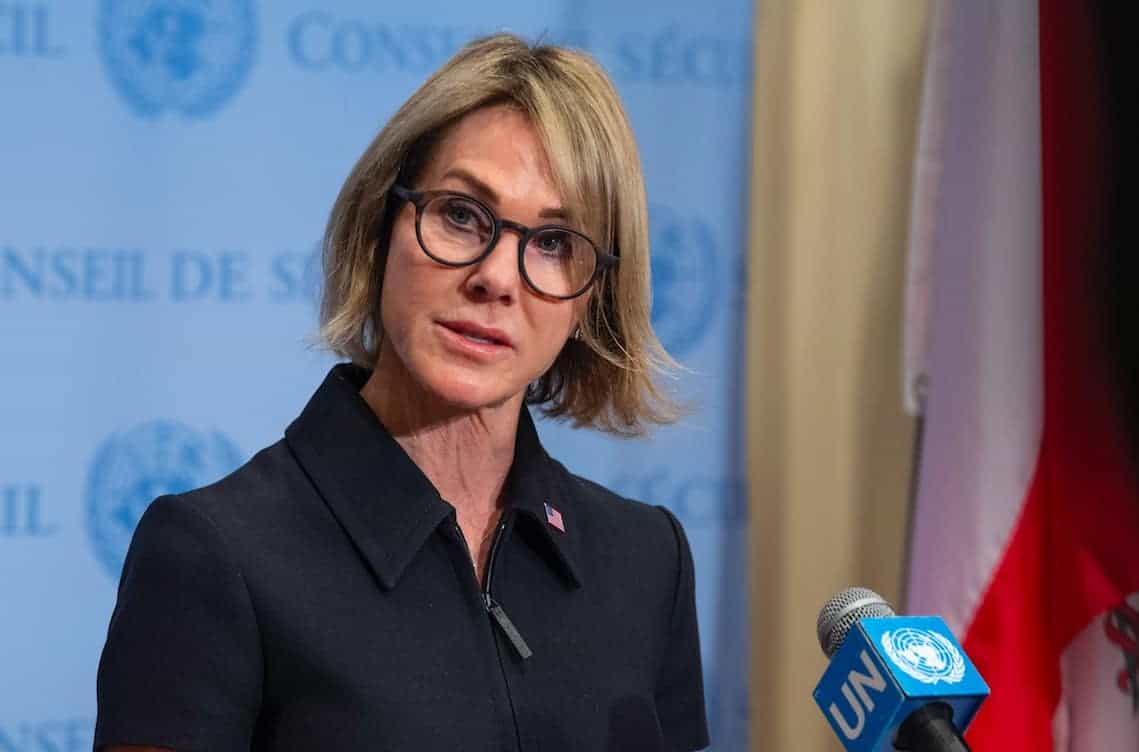 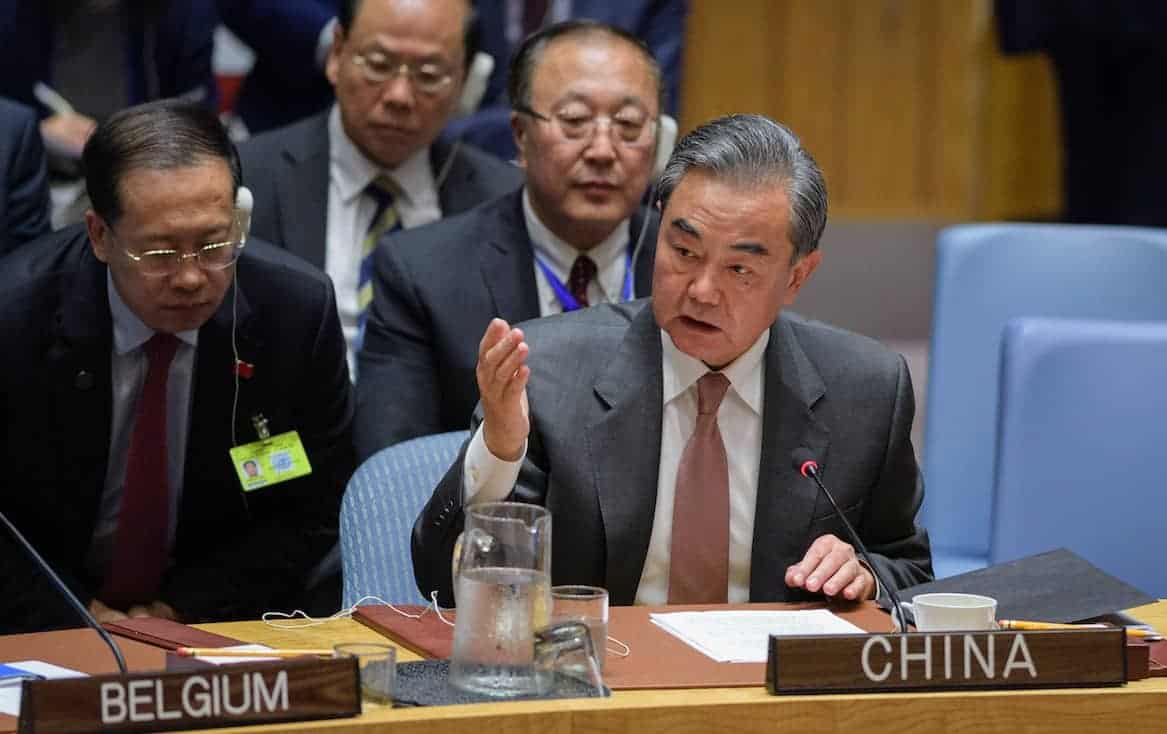 Twenty-three nations, including Britain, the United States, Germany, France and Japan, slammed China at the United Nations recently, citing its persecution of Uighurs and other minorities in Xinjiang province. “We call on the Chinese government to uphold its national laws and international obligations and commitments to respect human rights, including freedom of religion or belief, … Read more China Flexes Its Economic Might More Openly on Uighurs Issue

While Britain struggles to find an orderly way to exit the European Union after several years of attempting to do so, the country will highlight how other world problems affect ordinary people in its role as Security Council president in November. That focus definitely means avoiding the subject of Brexit! Britain, which has been in … Read more Britain’s Plan for the UN Security Council Presidency: Forget About Brexit 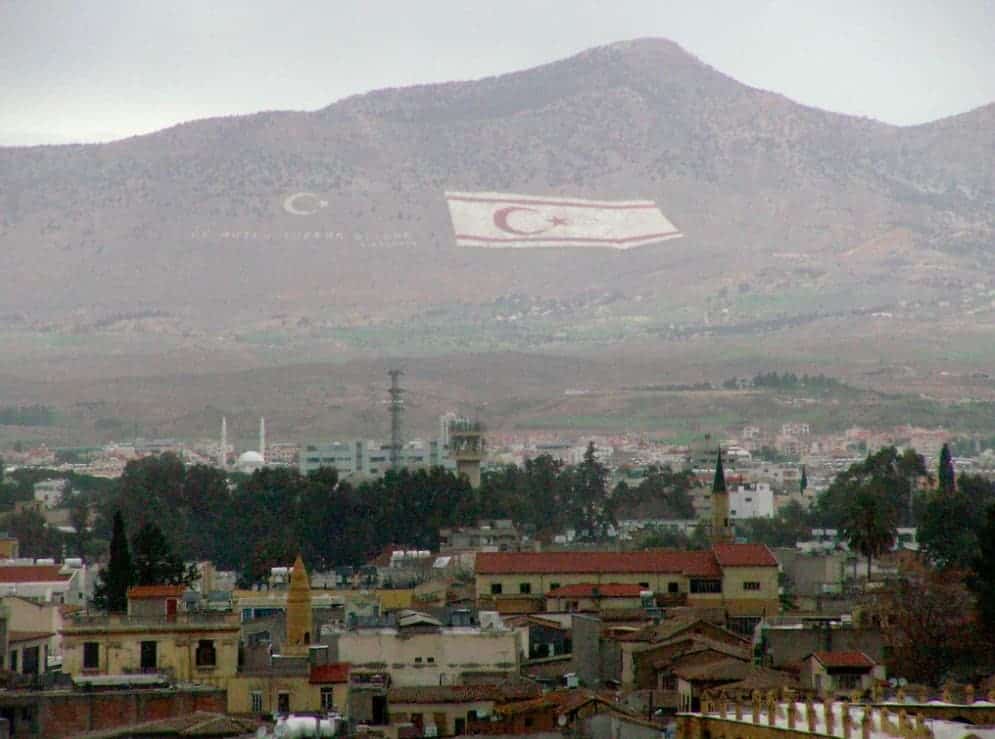 Russia and Iran are disrupting the new cycle of United Nations committees’ work to pressure the United States to stop denying visas to their diplomats from attending the meetings in New York. While Russia often brings up visa issues to try to hold up work at the UN, such actions are no déjà vu for … Read more The Cold War Returns as Russia and Iran Disrupt UN Work to Protest Visa Denials by the US 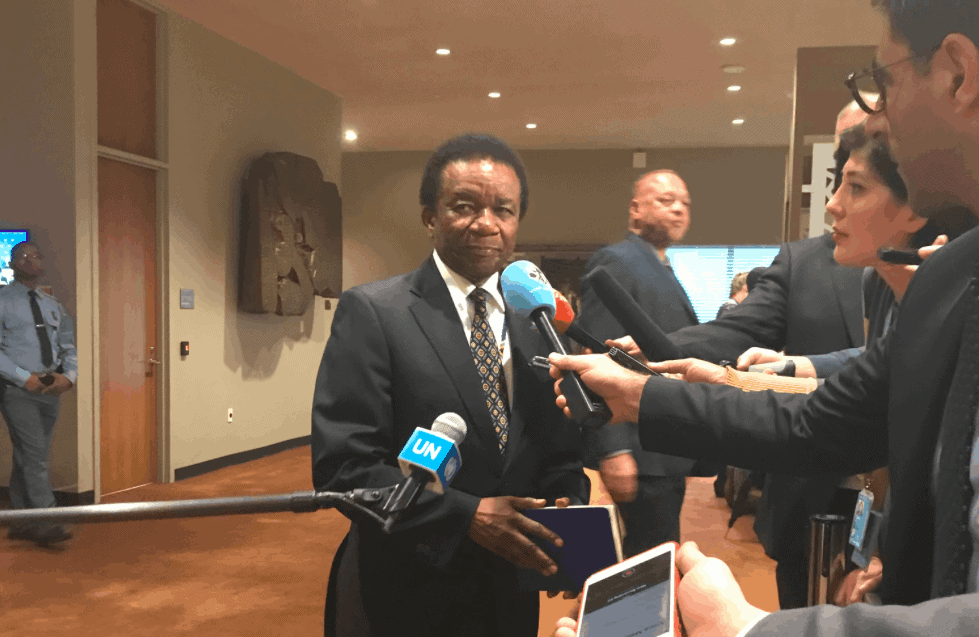 Jerry Matthews Matjila, South Africa’s point man at the United Nations, took the hot seat on the Security Council as its president for October with busy days now in sight. “There are 40 meetings already planned before we start the month,” he told the press, noting the month covers five weeks. “It’s going to be … Read more Africa Will No Longer Be Sidelined: South Africa’s Goal on the UN Security Council

Exactly a year after Jamal Khashoggi, the Saudi-born, American-based journalist, was murdered in the Saudi consulate in Istanbul, the United Nations’ special rapporteur on extrajudicial, summary or arbitrary executions, Agnès Callamard, remains categorical: UN Secretary-General António Guterres can and should do more about the murder, and so should member states. “I am asking the secretary-general … Read more The UN Can Do Much More to Resolve Khashoggi’s Murder, Says Agnès Callamard

Prime Minister Justin Trudeau has made a point of bringing Canada back to the international stage at the United Nations to win a coveted nonpermanent seat on the Security Council for the 2021-22 term. But amid Trudeau’s re-election campaign and an international scandal around his use of blackface, Canada has sent a low-level delegation to … Read more O, Canada, Where Are You at the #UNGA? 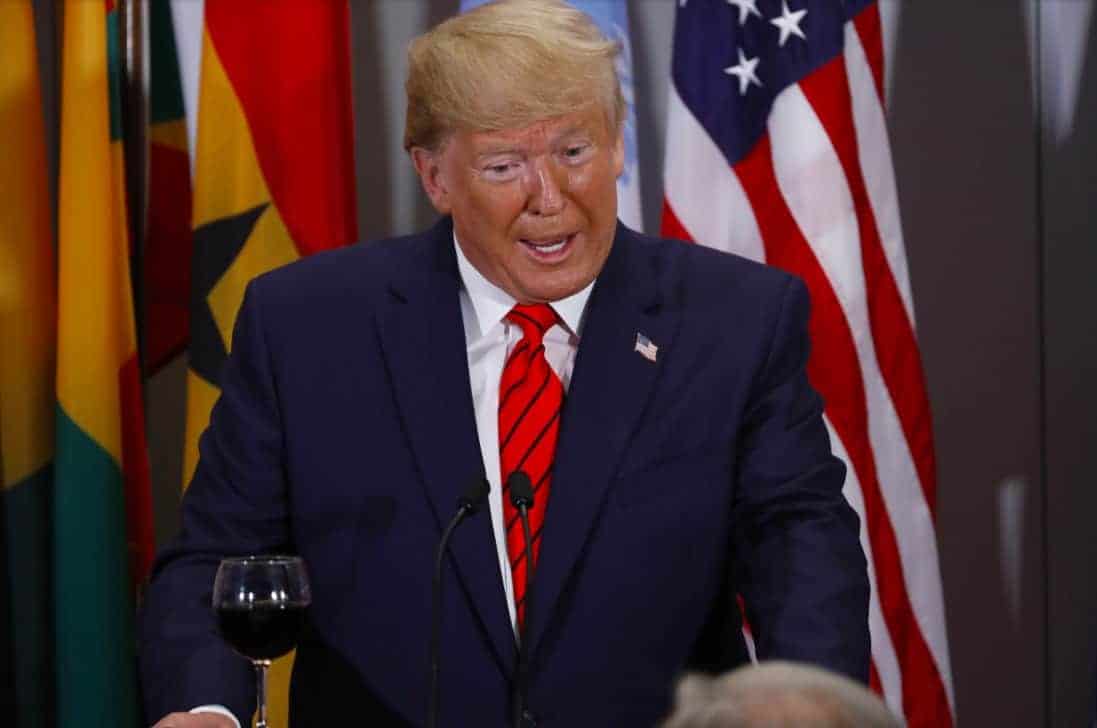 After most of the world leaders spent a day teaming up to fight climate change at the Climate Action Summit, the next day strongmen opened the high-level debate of the United Nations General Assembly, showing a growing split between nationalist and globalist leaders. “I fear the possibility of a great fracture,” UN Secretary-General António Guterres … Read more Globalists vs. Patriots at the UN: A ‘Great Fracture’ Revealed 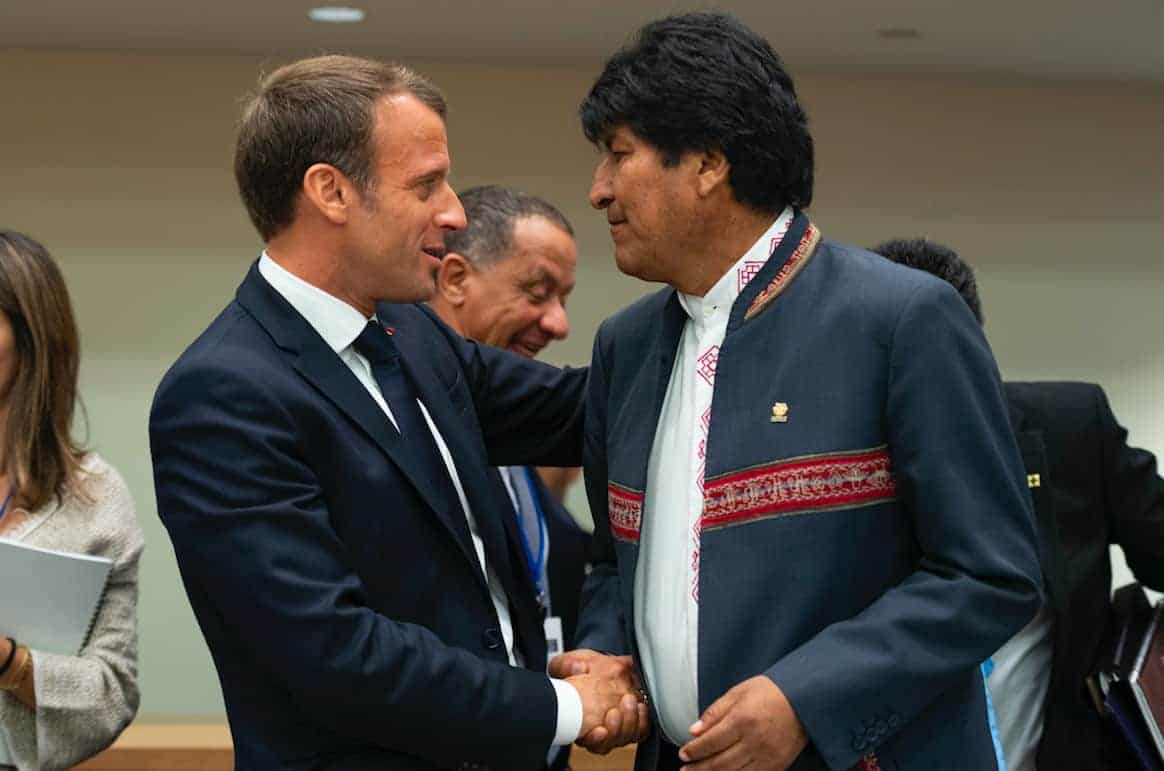 President Emmanuel Macron of France is using one of its overseas territory and a former colony, French Guyana, to reinforce France’s intervention in the region to save the world’s largest rainforest, the Amazon. The move by France reflects its increasing efforts to expand its influence internationally in highly visible ways. That includes trying to rescue … Read more By Using an Overseas Territory, France Tries to Save the Amazon