Stephen Browne is Co-Director of the Future of the UN Development System (FUNDS) and Senior Fellow of the Ralph Bunche Institute for International Studies, The Graduate Center, The City University of New York, and former Deputy Executive Director of the International Trade Center, Geneva. He is the author of several books on development and the UN, including "United Nations Industrial Development Organization," "The United Nations Development Programme and System"; and co-editor with Thomas G. Weiss of "Post-2015 UN Development: Making Change Happen?"

Fiona Curtin is the Communications Adviser of FUNDS, helping to coordinate the project's communications and social media activities. She worked for more than 10 years at the UN and in the NGO sector in Geneva before becoming an independent consultant in London, where for the last five years she has been involved in a wide range of organizations and institutes focusing primarily on human rights and sustainable development.

Thomas G. Weiss is Presidential Professor of Political Science and Director Emeritus of the Ralph Bunche Institute for International Studies at The Graduate Center, City University of New York; he also is Co-Director of the FUNDS Project and of the Wartime History and the Future UN Project. Past President of the International Studies Association and chair of the Academic Council on the UN System, his most recent single-authored books include "Governing the World? Addressing 'Problems without Passports' "; "Global Governance: Why? What? Whither?"; "Humanitarian Business"; "What’s Wrong with the United Nations and How to Fix It"; and "Humanitarian Intervention: Ideas in Action." 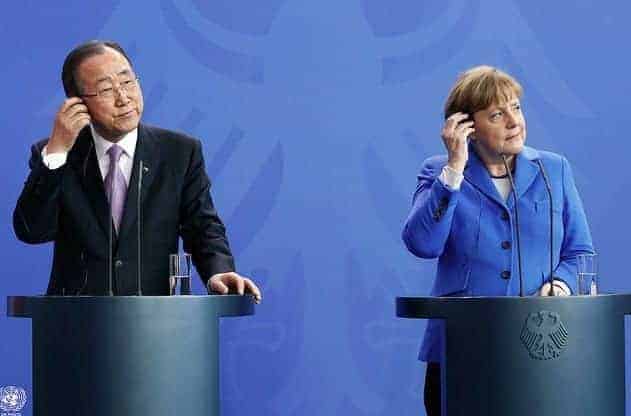 The results of the latest FUNDS survey of global experts, conducted during the winter of 2015-16, contains clear messages about the next United Nations secretary-general: s/he should be a world leader with integrity and political courage who will prioritize UN reform; and the election process should be open and transparent. There is more room …