Back to PassBlue Home Page 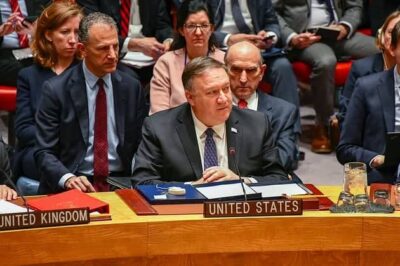 When Secretary of State Michael Pompeo talks about global challenges, he insists that Donald Trump is doing a bang-up job steering the international community down the right path. He sees Trump’s America First mantra not as a retreat from the international stage or a slur on other nations’ ideas of leadership but as a frank 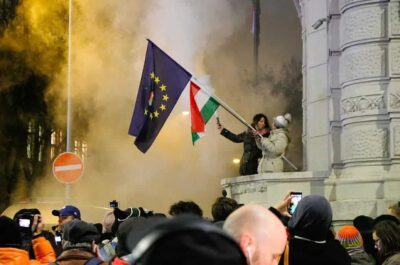 More than two decades have passed since the United Nations General Assembly approved the Declaration on Human Rights Defenders, which encourages countries to protect people who fight for human rights around the world. So why has the situation deteriorated, especially for women who defend human rights? Fears of terrorism and the rise of fundamentalism and 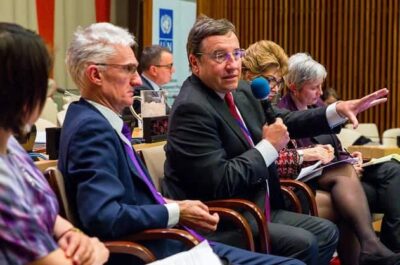 Reform Clouds Darken the Future of the UN Development Program

As the first effects of Secretary-General António Guterres’s ambitious organizational reform plans become apparent, former and current officials of the United Nations Development Program see the future of the internationally influential agency as uncertain if not in peril. Fears center on aspects of the reform plan for development that would allow more political interference by 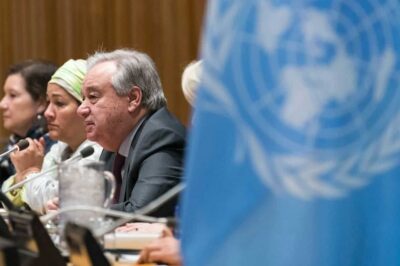 One year into the United Nations’ new strategy for gender parity among staff members at all levels, a gendered backlash has emerged, even as parity has been achieved at the highest echelons of the world body. Political will from UN leaders beyond the secretary-general and member states is needed to ensure that where the UN

Little Tong wants you to fall in love with its rice noodles, known as mixian in Yunnan province, their place of origin. But don’t ignore the big draw at this diminutive Turtle Bay restaurant — as if you could: incendiary spice blends that make your mouth sting and eyes tear up the moment you plant 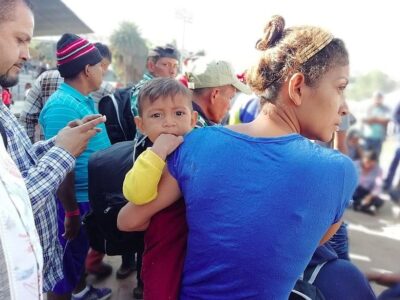 How Many Immigrant Children Is the US Detaining? Nobody Knows

Sloppy or nonexistent identification systems at the United States-Mexican border, no organized tracking of children snatched from their parents — some often too young to say who they are — and the withholding of important information by Trump officials, frequently defying a federal court order and a presidential decree six months ago, have come to 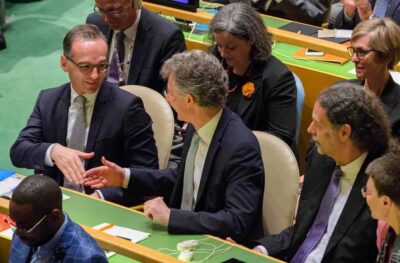 Can Germany Mediate the Big-Power Divide in the UN Security Council?

BERLIN — At the start of Germany’s sixth two-year term in the United Nations Security Council, the media attention in Germany is unusually high: numerous journalists on TV and radio are asking diplomats, politicians and foreign policy experts about their views on Germany’s role in the Council, as well as its goals and prospects for

Off the Merry-Go-Round but Still Reaching for the Brass Ring?

Nikki Haley is wasting no time revealing what her new act will look like now that she has ended her two-year gig toiling on behalf of Donald Trump at the United Nations. Hint: It looks about the same — only more so. Haley appears intent on continuing to build up her image as a potential 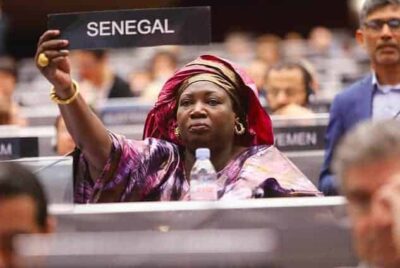 Young, Female and Diverse: Legislatures Begin to Change to Save Democracy

As many political analysts see democracy weakened by introverted, xenophobic parties and autocratic leaders, a glimmer of hope is offered by a new generation of candidates and voters. This year will test that optimism in a series of important elections around the world. Changes in the composition of national legislatures were already being recorded before 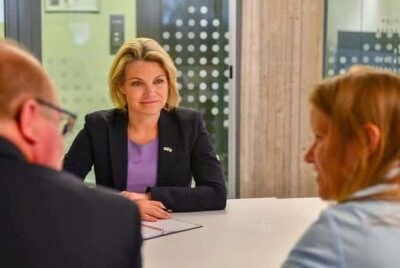 President Trump announced that he was nominating Heather Nauert, the chief State Department spokesperson, to succeed Nikki Haley as the United States ambassador to the United Nations on Dec. 7, 2018, after Haley resigned the job in October. Since Trump’s announcement, by tweet, much has been reported on the nomination and bare-bones experience of Nauert 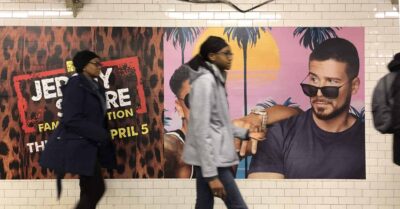 How Will Women Fare as Cities Grow Dramatically? The Data Are Missing

Improving the lives of women is woven into each of the United Nations’ 17 Sustainable Development Goals, markers that all 193 member states aim to reach by 2030. Goal 5 is quite specific: nothing short of gender equality. Attaining this lofty goal means being able to put one’s hands on data that have been broken

Now That She’s Gone: Nikki Haley’s Legacy at the UN

After two years as the American ambassador at the United Nations, Nikki Haley left the job in December 2018 as much an enigma as the day she arrived. Haley, a career politician, came to the UN with little foreign policy experience but national recognition for her handling of a domestic terror attack while governor of 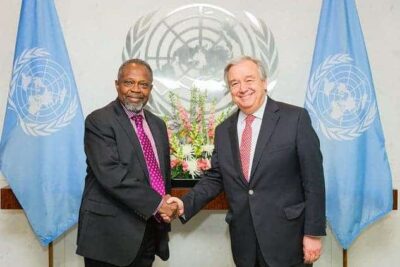 Amid a busy December, when the United Nations was focusing on important conferences on climate change and migration and year-end holidays loomed, a case of harassment that never got the traction it arguably deserved ended in a traditional UN way: it disappeared. On Dec. 14, the chairman of the International Civil Service Commission, which regulates 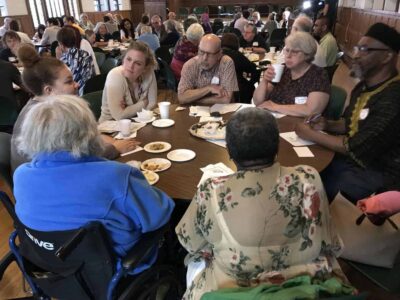 For These Muslim-Americans, the ‘Siege’ Has Not Lifted

CLEVELAND, Ohio — In this city of immigrants, as one Moroccan-American called his hometown, the Muslim community keeps a low profile amid the Islamophobia that has reared its head in the United States in recent times. As one of the largest Muslim communities in the country, including a large Palestinian component, the repercussions against Muslims

Although the Dominican Republic has been a member of the United Nations since 1945, the country is making its debut on the Security Council this month — starting big, as the president in the rotating seat. It is the country’s first strike out of two presidencies as an elected member with a two-year term, representing 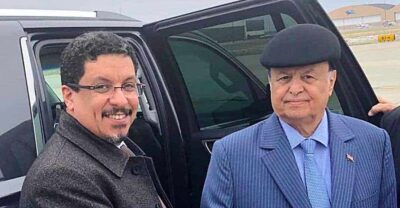 As His Country Wages War, President Hadi of Yemen Still Travels to US for Health Care

CLEVELAND, Ohio — On the main drag of Euclid Avenue in this Midwestern city sprawls the main campus of the Cleveland Clinic, the renowned hospital that attracts an estimated 2.5 million patients nationwide and abroad, including from the Middle East. That includes President Abdu Rabbu Mansour Hadi of Yemen, who has heart troubles and whose 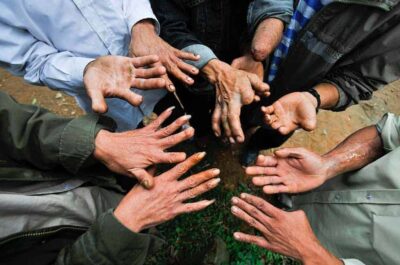 The US, Reversing Course on Cluster Bombs, Is Testing New Ones in Israel

TEL AVIV — Every day in some provinces of Vietnam, the simple act of walking can be deadly, as people risk stepping on unexploded ordnances, remnants from America’s war there that ended more than 40 years ago. The United States dropped 14 million tons of explosive devices during the war in Vietnam as well as 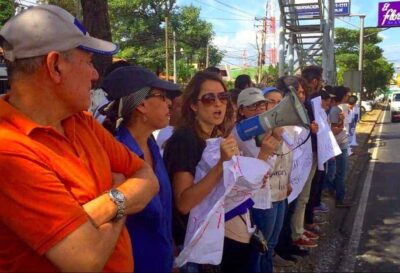 As Nicaragua Slides Deeper Into Dictatorship, Other Nations Grow Alarmed

In a rebuke to President Daniel Ortega of Nicaragua on Dec. 21, governments of 14 democratic nations in Europe, the United States, Chile and Australia condemned the closing, banning or expulsion of civil-society organizations working on rights and governance issues in Nicaragua. The censure came as violence is again being used against Ortega’s critics. Young 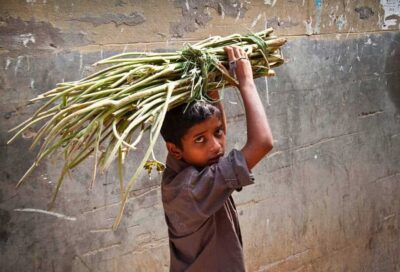 Where Is the Worst Place for a Child to Be Born?

By one measure — the chances of surviving to young adulthood — sub-Saharan Africa and South Asia have the highest rates of child deaths at every stage of childhood. By contrast, the best place to be born this year was Australia or New Zealand, where only two of every 1,000 babies die in their first 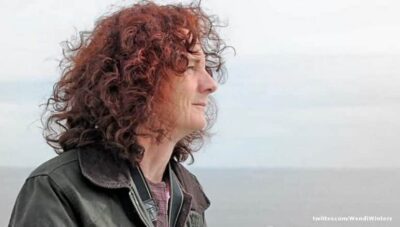 A Record Year of Death and Demonization for Journalism Globally

After the savage murder of Jamal Khashoggi, major organizations monitoring the freedom and safety of journalists worldwide are reporting, albeit coincidentally, that 2018 has been an exceptionally dangerous year everywhere. The deaths of journalists have risen sharply, to 53 from 47 in 2017, the Committee to Protect Journalists announced on Dec. 19. “The recent uptick 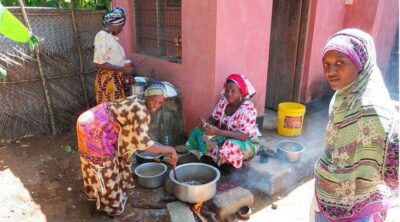 Today and every day around the world, in bleak rural villages and the poorest urban neighborhoods, millions of people are igniting small fires to cook their meager meals, brighten dark homes or scare away intruders at night. The number of people using small fires is not small. Climate scientists estimate that three billion people in

Back to PassBlue Home Page