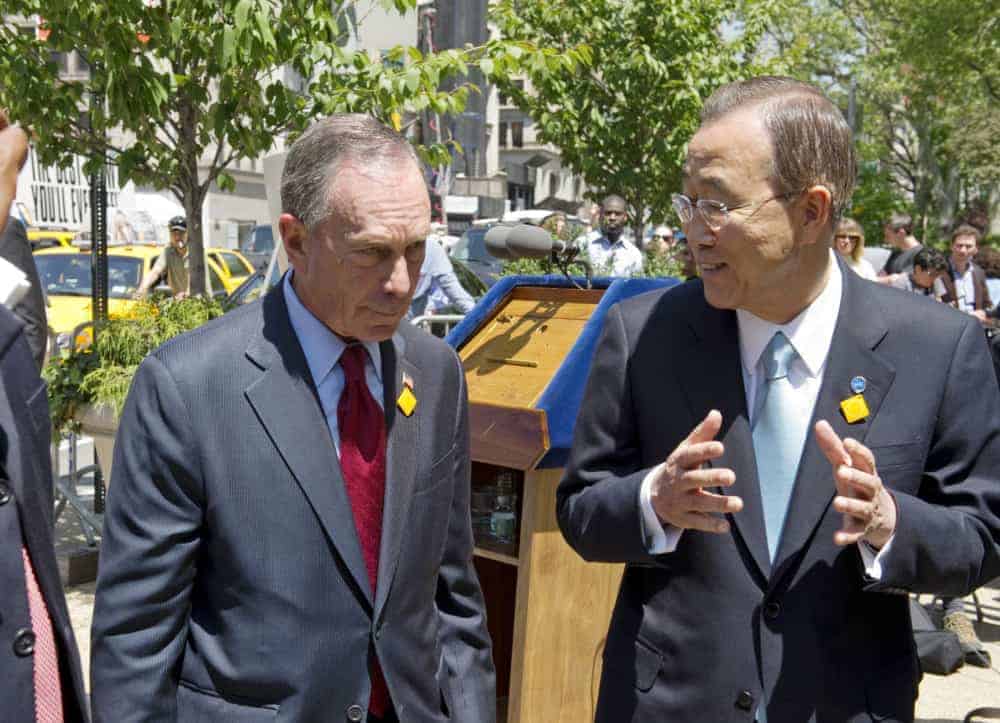 United Nations Secretary-General Ban Ki-moon has appointed Michael Bloomberg, who just ended his three-term, 12-year mayoralty of New York City in December, as his special envoy for cities and climate change. Bloomberg, who will be unpaid, will assist Ban in consultations with mayors and related parties to raise the “political will and mobilize action” among … Read more