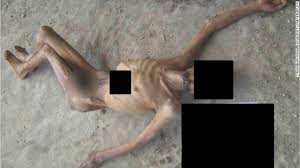 Systematic widespread torture and starvation of prisoners held by the Syrian government has been documented by a team of forensic pathologists and confirmed by international legal experts using evidence provided through a former Syrian military official, according to a recent presentation held by France at the United Nations. High-resolution images projected on a screen to … Read more