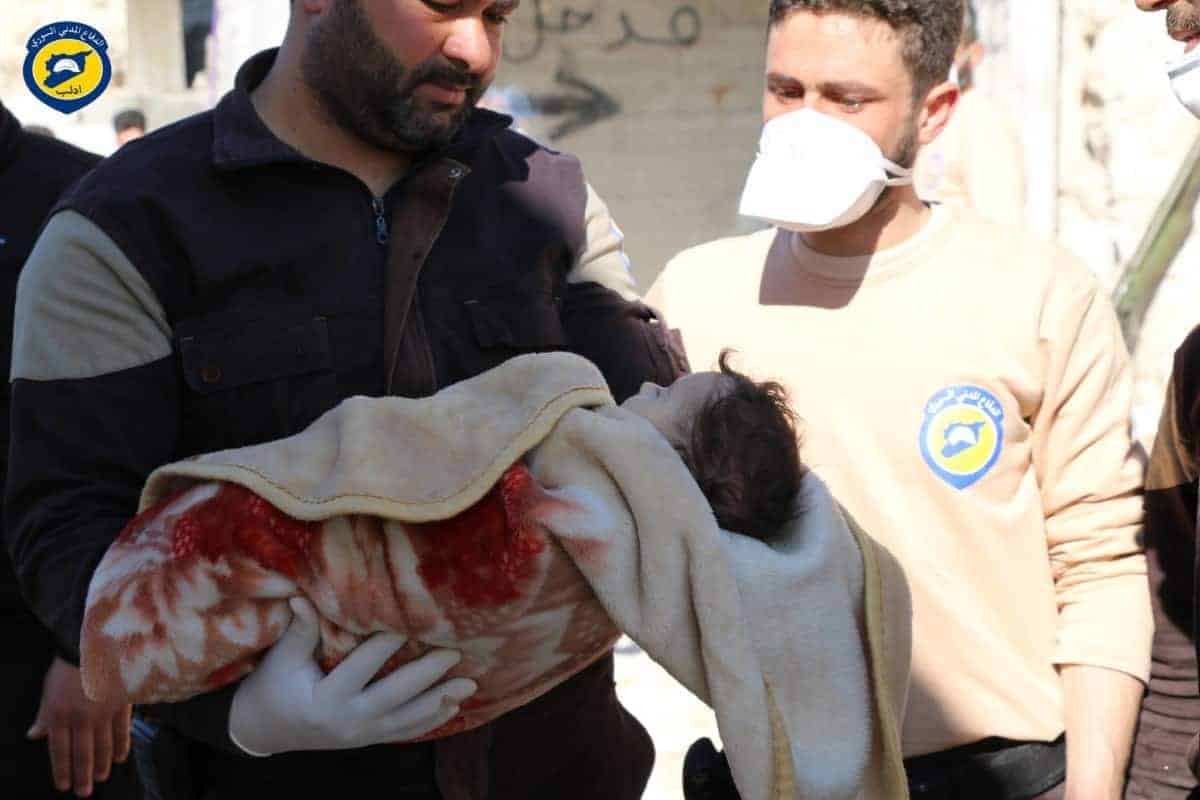 The images of civilians, particularly children, being asphyxiated by chemical substances and dying in Idlib Province of Syria on April 4 were a game changer. Judging that the chemical attack was carried out by the Syrian government, the United States, two days later, attacked Syria’s Shayrat airbase with 59 Tomahawk cruise missiles. The US action … Read more Was America’s Attack on Syria Legal? An Asian Expert’s View 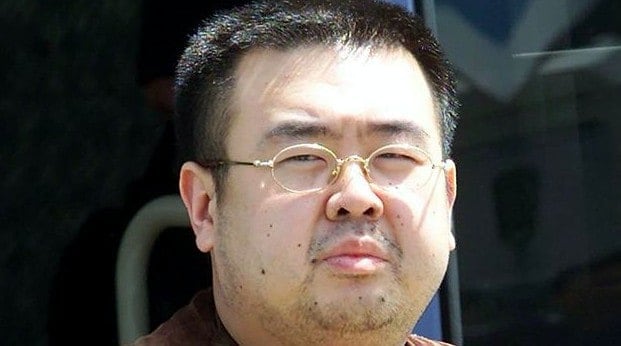 The chilling accusation by Malaysia that the assassins who killed Kim Jong-nam, the half-brother of the North Korean dictator Kim Jong-un, used the world’s most powerful chemical toxin has set off a global shockwave well beyond Asia. Malaysian authorities are convinced that a North Korean hit squad — one member an accredited diplomat — was … Read more What Is VX, a Banned Toxin, and Who Polices These Killers? 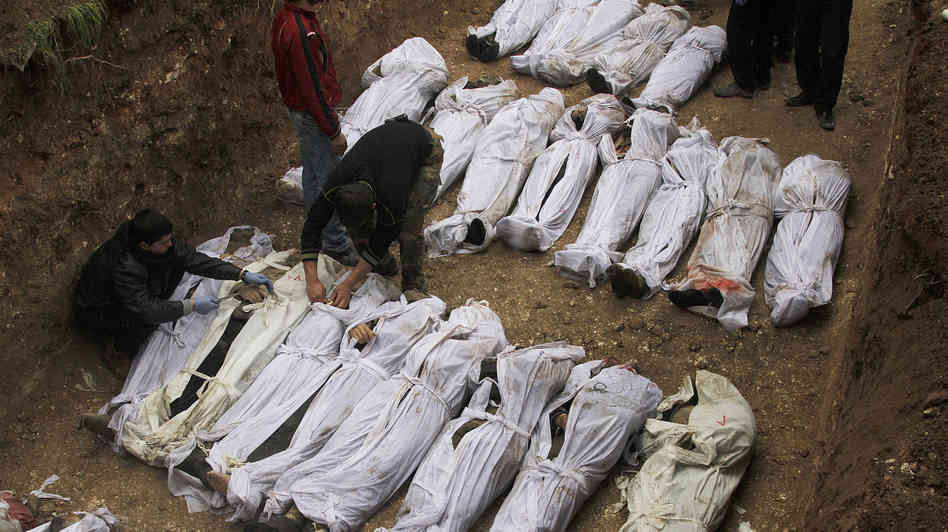 Seven possible cases of chemical weapons use in Syria — including chlorine and mustard gas — have been identified in a preliminary report released by a United Nations panel investigating who has deployed toxic weapons in the country’s civil war, now heading into its sixth year. No one has been apportioned blame by the panel, … Read more UN to Investigate at Least Seven Cases of Chlorine and Mustard Gas Use in Syria 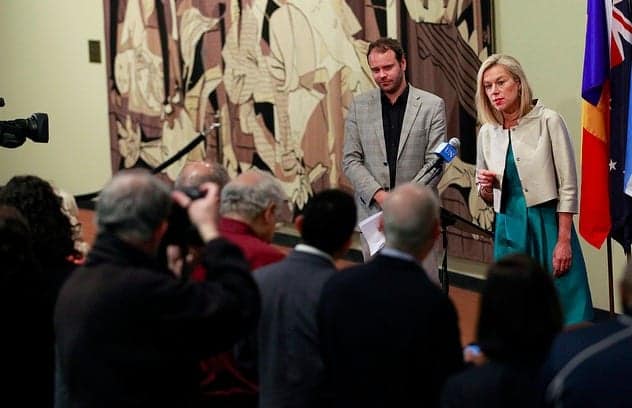 After an extraordinary effort from the United Nations, the Organization for the Prohibition of Chemical Weapons and about a half dozen countries, including the United States and Russia, 96 percent of Syria’s chemical weapons arsenal has been destroyed, acting on a UN Security Council mandate. The remaining 4 percent of the arsenal consists of 12 … Read more Will All of Syria’s Arsenal of Chemical Weapons Be Destroyed? 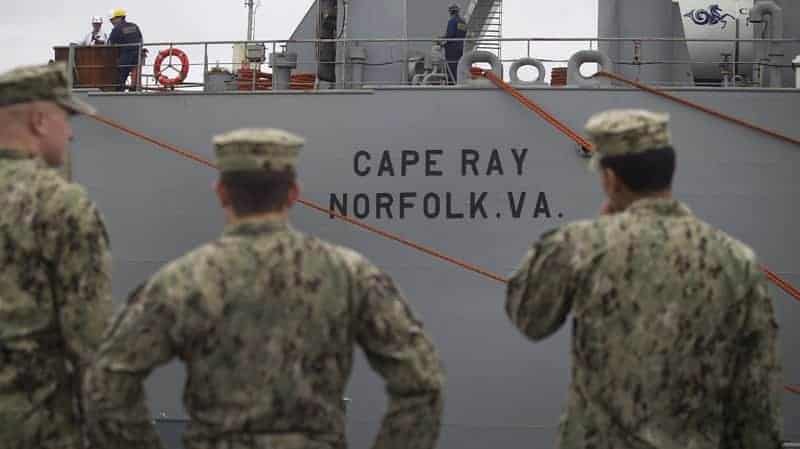 Although Syria has turned over all of its declared chemical weapons stockpile to international authorities, defying expectations that it would not meet a June 30 deadline, the next hurdle is securely destroying the material outside the country. Danish and Norwegian vessels have been tasked with removing the majority of the chemicals from the Syrian port … Read more How the Chemical Weapons Removed From Syria Will Be Destroyed 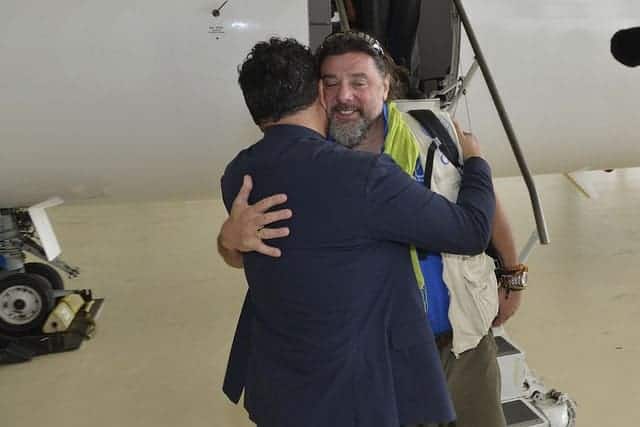 The Organization for the Prohibition of Chemical Weapons has removed more than 80 percent of the world’s declared stockpile of chemical weapons through its oversight of the Chemical Weapons Convention, but the Syrian case has posed a serious challenge to the organization’s effectiveness on compliance and enforcement. Since Syria will most likely not complete its … Read more The OPCW Should Recommend Sanctions Against Syria for Missing Deadline 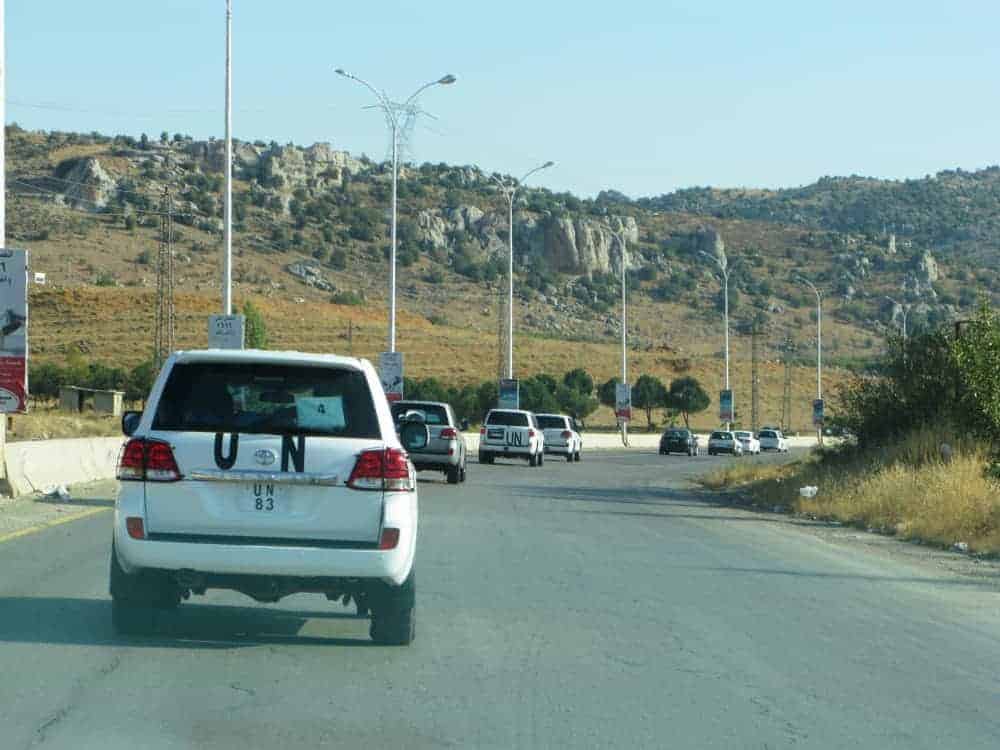 The New York Times has assigned Somini Sengupta to be its new full-time bureau chief at the United Nations. Sengupta replaces Neil MacFarquhar, who left the position this summer after five years and will be based in Moscow for the newspaper. The announcement regarding Sengupta has not been formally made yet by the paper because she … Read more The Times Picks a UN Bureau Chief as Syria Arms Destruction Begins 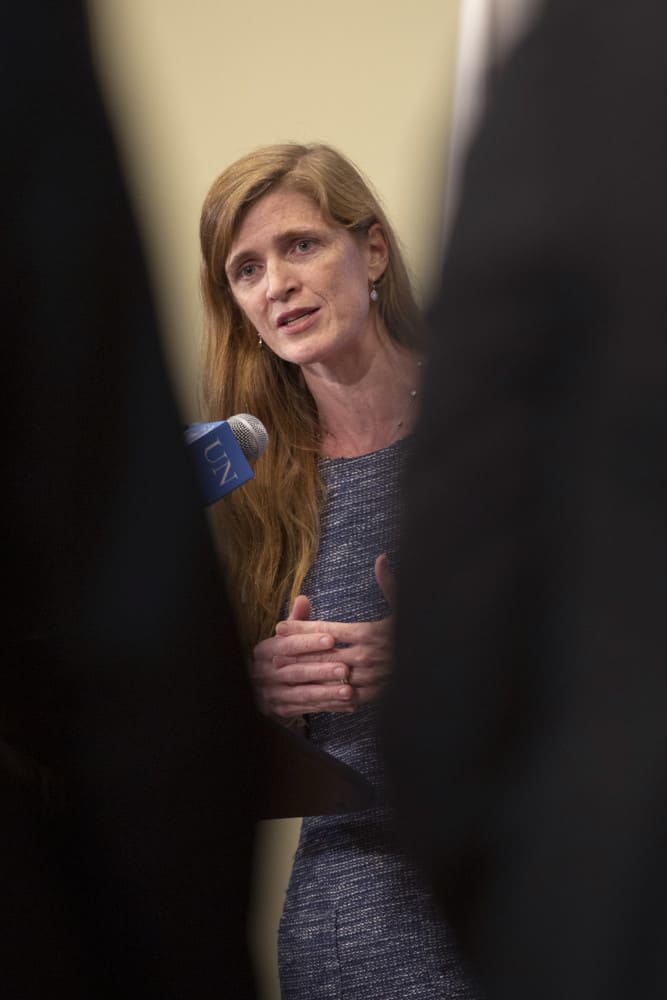 In rare action-packed diplomacy at the United Nations, a draft resolution was agreed on Sept. 26 by the five permanent members of the Security Council, reinforcing the plan made earlier in the month between Russia and the United States to dismantle Syria’s chemical weapons arsenal, after Syria agreed to join the Chemical Weapons Convention. Yet … Read more At Long Last, the UN Security Council Unites on a Syrian Resolution 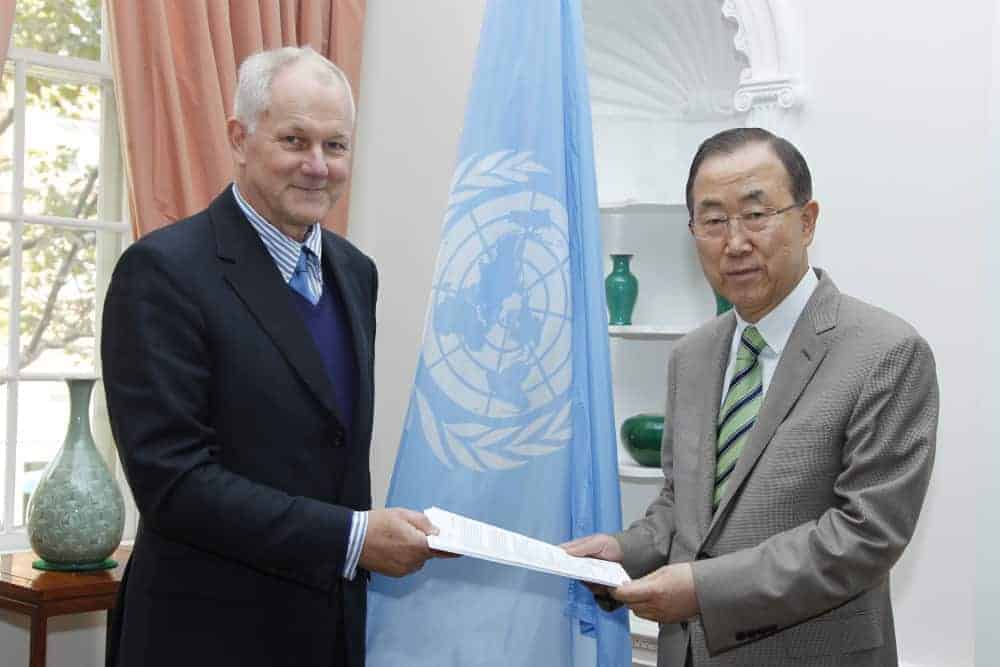 The much-awaited report by the United Nations investigative mission on the use of chemical weapons in Syria on Aug. 21 in Ghouta has been handed over to the secretary-general by Ake Sellstrom, the head of the mission; it has not been released to the public yet by the UN but France put it online. In … Read more Ban Confirms Chemical Weapons Were Leashed on Syrians, Based on UN Report 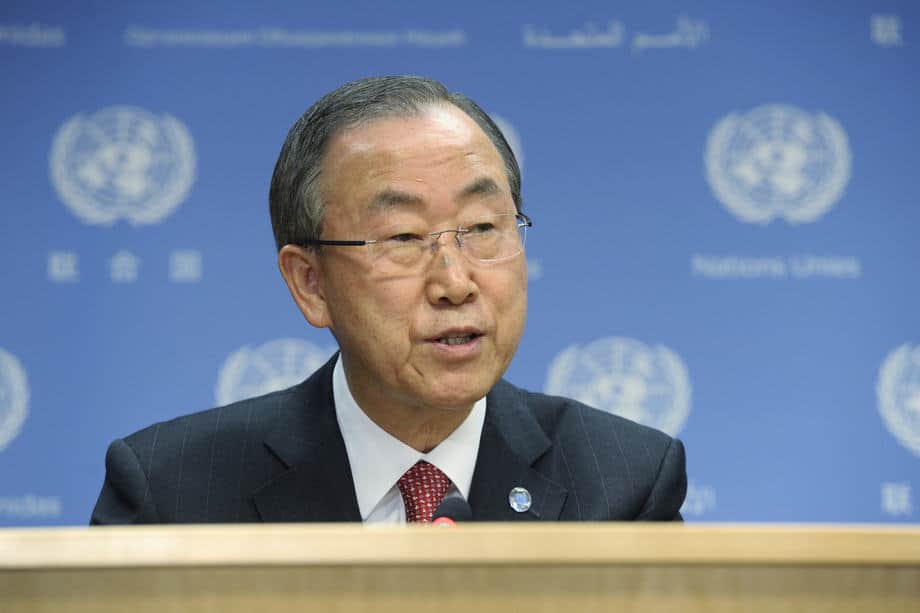 In the daily unfolding drama behind the recent investigation by a United Nations team on the use of chemical weapons in Syria, UN Secretary-General Ban Ki-moon announced today that all biomedical and environmental samples gathered by the inspectors “at sites of possible chemical weapons use in Syria” will arrive at designated laboratories in Europe … Read more The UN Awaits Results of Chemical Weapons Analysis From Syria