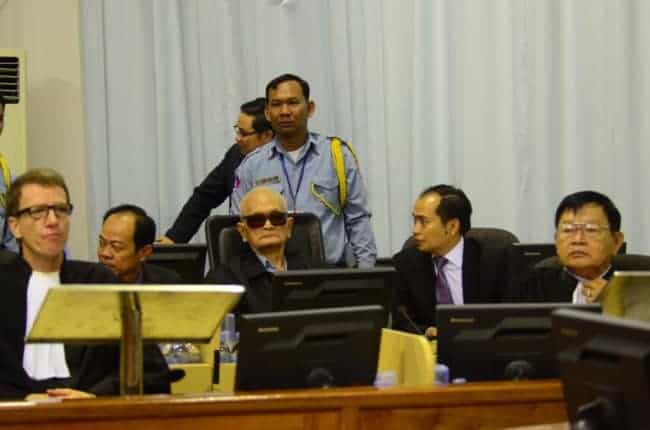 The highest panel of judges on the joint United Nations-Cambodian government tribunal on crimes of the Khmer Rouge regime have cleared the way for a second trial of two top leaders of the Communist movement that devastated the country almost four decades ago. The new trial, completely separate from the earlier proceedings against the … Read more

The tangled process of bringing even partial accounting and sentencing to a close in a United Nations-Cambodian joint tribunal judging the leaders of the Khmer Rouge regime that decimated the country’s population in the late 1970s and destroyed all civic and economic life, is on full display again in a purpose-built courtroom near Phnom Penh, … Read more

Almost four decades after the ideologically crazed communist movement known as the Khmer Rouge fought its way to power in Cambodia, vowing to create a new society but instead leaving up to two million people dead in its wake, arguments in the cases of two top leaders have closed. The verdict of the court will … Read more 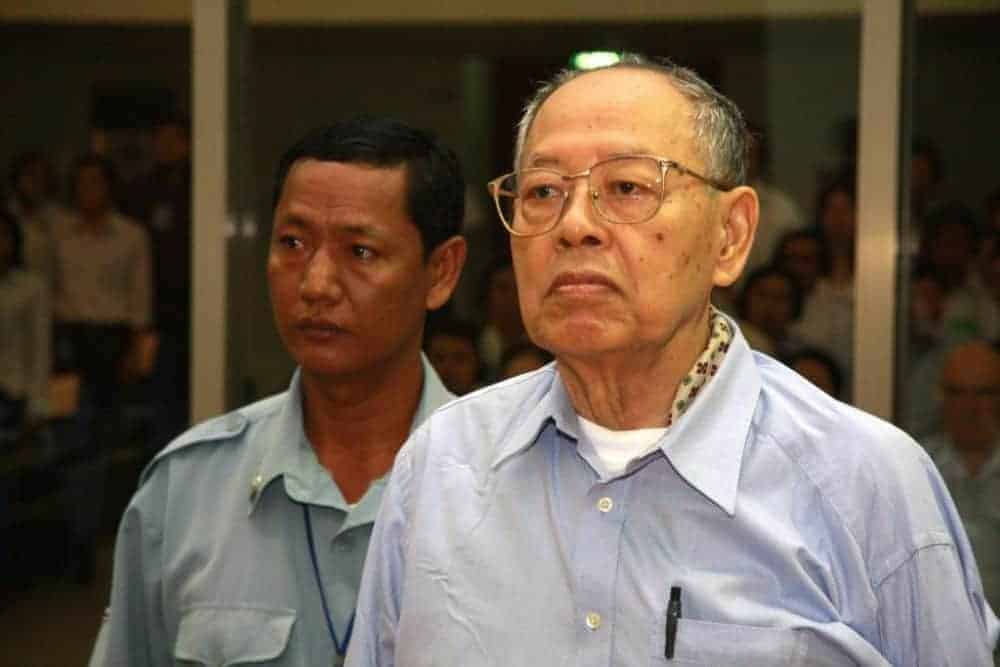 Ieng Sary, a co-founder and the third-highest official in the murderous Khmer Rouge movement that decimated Cambodian society in the 1970s, died in a Phnom Penh hospital on March 14 at age 87. The death of Ieng Sary, who became the public face of the Khmer Rouge as the regime’s foreign minister, robs the already … Read more