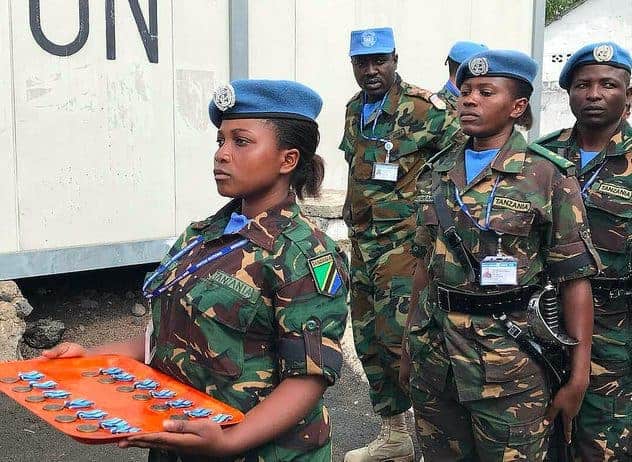 The horrific attack on United Nations peacekeepers from Tanzania in the Democratic Republic of the Congo in early December and the ensuing hours-long battle was a severe blow to one of the UN’s more prized forces, leaving 15 soldiers dead. But the UN was already so concerned with a rise in peacekeeper fatalities — almost … Read more Words Ring Hollow From the UN After Attacks on Peacekeepers 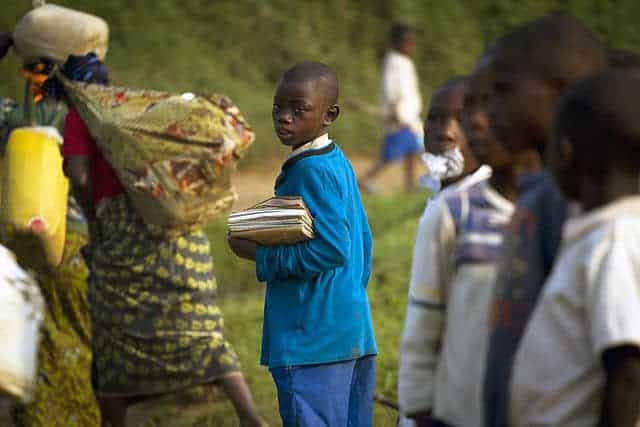 An important meeting on global education with a dozen education ministers from across the world was held at the United Nations headquarters last week. As the meeting unfolded, we were sitting in our office a few miles away, across the East River in Brooklyn, at the New York City College of Technology, part of the … Read more How Can CUNY and the UN Revolutionize Education for All? By Working Together 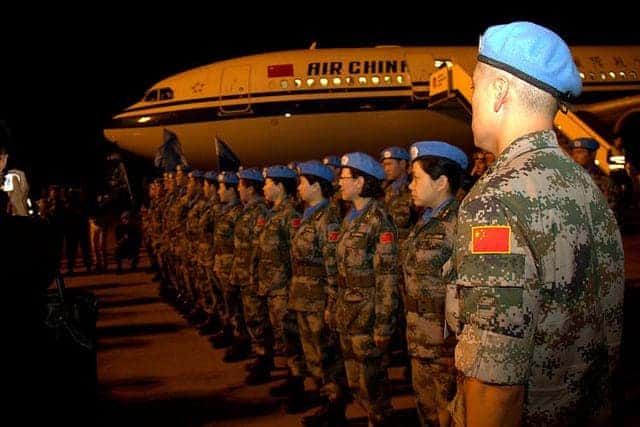 China has dipped a big toe in peacekeeping waters by sending its first-ever infantry troops to work for a United Nations mission — in this case, Mali, where a mission was set up last summer to stabilize the country after a military coup in 2012 and a French military intervention against Islamic extremists in early … Read more China Takes a Peacekeeping Risk in Mali 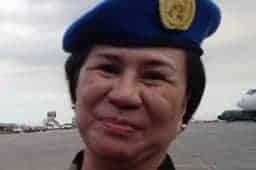 The Philippines has named its first woman to a command post in a United Nations peacekeeping mission. Capt. Luzviminda Camacho, who was also the first woman to command a Filipino Navy ship, will lead the Filipino peacekeeping contingent deployed to protect the perimeter of  the UN peacekeeping force headquarters in Haiti, the Inquirer newspaper in … Read more Filipino Woman to Command Its Haitian Peacekeeping Post 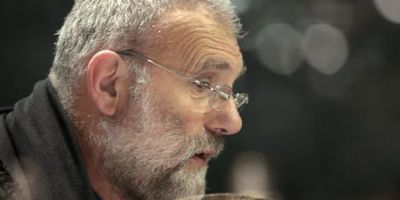 The Rev. Paolo Dall’Oglio, a Jesuit priest from Italy who worked in Syria for decades but was exiled by the government in June 2012 for his activism with the opposition rebels, has recently been reported missing in the country. He had been trying to broker negotiations between warring factions in northern Syria, the Kurds and … Read more A Letter to Pope Francis, From a Jesuit Priest Who Has Vanished in Syria

Since Security Council resolutions began demanding more significant attention to roles for women in conflict areas and the peace-building that follows, much of the discussion has justifiably centered on protection of civilians, because women and their children suffer most in war and dislocation. Less attention has been paid to the woeful numbers of women in … Read more Why UN Peacekeeping Falls Far Short of Female Soldiers

The Norwegians have always influenced the direction of the United Nations either subtly or directly, starting with the world body’s first secretary-general, Trygve Lie, hailing from Norway. Now, with the reopening of the Security Council Chamber after being closed for three years, the country is once again leaving its mark. It not only paid for … Read more The UN Security Council Chamber Reopens With a Touch of Class

Gert Rosenthal does not sound like a Spanish name, but the mother of Rosenthal, the Guatemalan ambassador to the United Nations, was born there and his father was German. To complicate matters, “a little accident happened,” he said, as his parents, Florence and Ludwig, left Germany in the 1930s, and Rosenthal was born in Amsterdam. … Read more Guatemala’s Role on the Security Council, as Viewed by Its Ambassador

When leaders of the world start descending on the United Nations in September for the opening of a new General Assembly session, there will two new internationally well-known figures in prominent positions at the top of the organization. In July, Jan Eliasson of Sweden became the UN’s deputy secretary-general, and in mid-August, Peter Launsky-Tieffenthal of … Read more Ban Ki-moon’s New Team Earning Positive Reviews 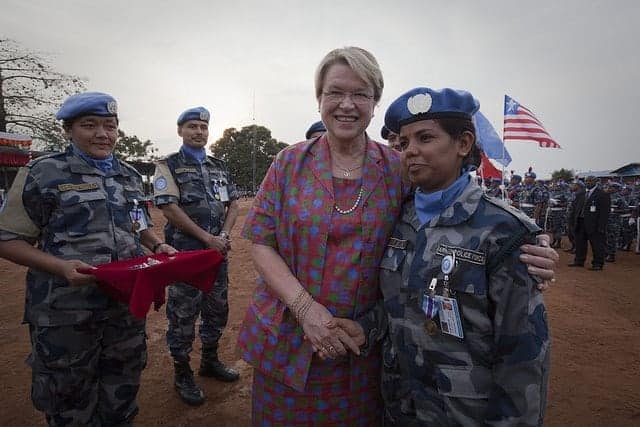 Top United Nations officials generally wait until they leave their jobs before they speak candidly about the conditions they faced and the problems that remain. So Ellen Margrethe Loj, who has ended her four years as UN special envoy in Liberia, did not mince words in New York about Liberia’s painful recovery and challenging elections, … Read more Leaving Liberia, a ‘Fragile State’ 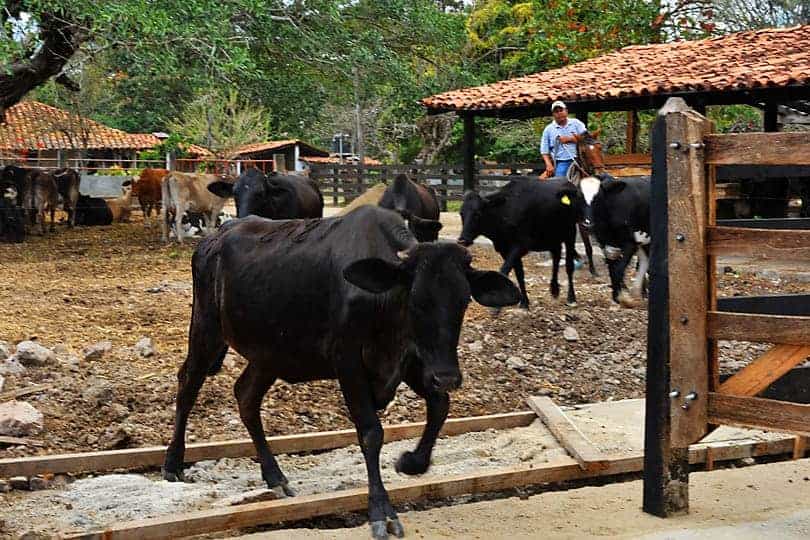 United Nations international atomic inspectors confirmed that Iran is moving apace on producing nuclear fuel at an underground site, but that is not what Kwaku Aning, an official from the International Atomic Energy Agency, wanted to talk about on a visit to New York. Nor did his colleague, Geoffrey Shaw, an Australian who represents the … Read more At the UN Nuclear Watchdog, It’s Not Just About Iran 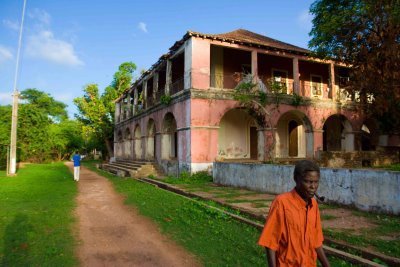 Even before unforeseen events like natural disasters or outbreaks of new conflicts occur this year, as they always do, 2012 will be full of important political news, with elections not only in the United States but also around the world, some in countries that are crucial to the stability of their regions. The International Peace … Read more Where Will the News Be in 2012? 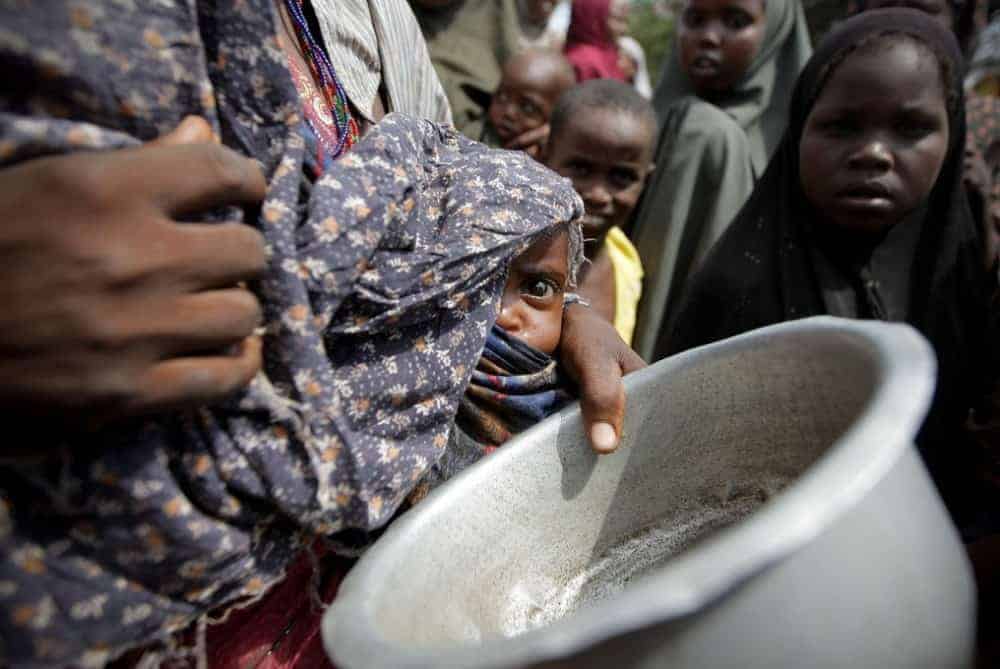 Climate change is being linked to such far-flung situations as rising seas that threaten to sink small island nations and drying up vast regions in Africa, which has spurred large upheavals of people, most recently in Somalia.

This week, the complicated topic of environmental shifts and their effect on migration was tackled at a lunchtime panel sponsored by the International Peace Institute with the Portuguese and German governments. This summer, the subject was debated for the first time at the United Nations Security Council when Germany assumed the presidency in July.

Human migration is an ancient adaptation strategy rooted in the desire to find a better life, and today the phenomenon still reflects that urge. But climate change and related food scarcity problems have created new pressures that few countries can handle or understand. Take Somalia again, where the drought in the Horn of Africa has led to hundreds of thousands of people displaced, straining relations with Kenya while heightening warfare within its own borders.

The Peace Institute discussion focused on how multilateral institutions are being forced to address climate change and migration, despite relative inexperience in the matter. The speakers were Udo Janz, the director of the New York office of the UN high commissioner for refugees; Susan Martin, the executive director of the Institute for the Study of International Migration at Georgetown University; and Michele Klein Solomon, the permanent observer to the UN for the International Organization for Migration. Warren Hoge, senior adviser for external relations at the Peace Institute, moderated (http://www.ipacademy.org/news/general-announcement/276-environmental-migrants-climate-change-and-human-migration.html).

Dialogue on climate shifts and human movement remain contentious. As Professor Martin pointed out in her scholarly talk, projections of numbers have not been borne out. Experts in the environment and in migration have not been conversing with each other, though that is improving, she said.

The problem is that “there has been a great deal of disagreement about what the actual causal or determinative linkages are between environmental change on one hand and human migration on the other,” she said.

Moving away from projections, migration experts are now focusing on the ground, Professor Martin said. Migration is pushed by various factors that include economics, social relationships, politics and national and human security. The environment is an important factor, but seldom is it the only reason that people move.

In addition, migration patterns vary widely and can change overnight, as in the Somalia crisis. The movements can be temporary (a few days or months) or permanent; internal (most within borders); and international – most people head to neighboring countries, where problems are slightly less extreme. For example, desperate Somalis who made the boat journey to Yemen had no idea the country was battling a civil war, so some returned home.

Migration is expected to continue mainly in developing countries, given the costs of going long distances, notably from poor to wealthier nations. One big concern, Professor Martin said, are those who can’t leave, “the most vulnerable amongst us.”

As for policies to help fix the problems, Professor Martin recommended that “pre-migration” phases focus on mitigation and adaptation – like developing coping skills to contend with unfolding dramas and finding strategies for reducing disaster risks.

Yet some migration, she acknowledged, is inevitable, through either a spontaneous departure to a new location or a planned relocation, as with small island countries. Both paths involve challenges of integration or reintegration. More important, Professor Martin said, migration doesn’t end with the arrival of people in a new place but “with how they are received.”

Laws and policy programs addressing all forms of movements and phases are weak except for emergencies, particularly related to conflict, which fall under the mandate of the UN High Commissioner for Refugees and the 1951 Refugee Convention.

Policies are almost nonexistent for slow-forming situations, especially for ones across borders. Some treaties are evolving for internal displacement, but most are not binding. The African Union has adopted a convention of rights of internally displaced people, though it is not in force yet. Meanwhile, African populations are the fastest-growing in the world, the UN says, increasing the number of people at risk in many places and putting greater pressures on natural resources.

Klein Solomon of the International Organization for Migration, which consists of 132 member countries that is independent of the UN, reiterated much of Professor Martin’s remarks but summarized her group’s function in migration policy discussions.

For example, IOM, as it is known, is researching situations and trends and bringing people together to talk at national and international levels, like climate change scientists with migration experts and political groups with development communities.

Janz of the UN refugee office repeatedly linked increased displacement of people to environmental factors such as natural disasters, which he said are growing in number and intensity. But he mainly concentrated his talk on drought and desertification in Africa and the plight of low-lying island countries in the Pacific, all problems stemming from climate change, he said.

“Drought and desertification are at the core of serious challenges and threats facing sustainable development,” Janz said, adding that land degradation is a major cause of forced migration and incites violent conflicts over dwindling natural resources, food insecurity and starvation, loss of biological diversity and homes, poor health and rising poverty.

Two-thirds of Africa is classified as desert or dry land, primarily in the Horn of Africa and the Kalahari Desert, farther south. More droughts are predicted, Janz said, while arid conditions are pushing more people out of their homes internally. The greatest people affected are at the lowest end, settling in the outskirts of urban areas or suboptimal coastal lands.

The effects of the drought in Somalia are threatening up to 750,000 more lives, the UN says. Unusually, some herders and their livestock have even gone to live in Mogadishu, the capital, hardly a city with a welcome mat. Women and children bear the heaviest burden, making weeks-long treks to presumed safety while risking sexual assault as their men stay behind to tend whatever livestock remains.

Sea-level rises in the Pacific are not just about islands disappearing but entire populations having to vacate long before then, Janz said, because of salinization in otherwise arable land. Twenty-two countries with up to 9.2 million people could be without homes and livelihoods.

“What can we do?” he asked. UN and other international organizations must develop efficient adaptive mechanisms, he suggested, among other actions, while countries should be more responsible for developing responses for areas prone to disasters, like Bangladesh. There, Janz said, the region is constantly vulnerable to cyclones, but a flexible shelter program has helped people manage.